What a duo! Sharon Osbourne and daughter Kelly Osbourne were recently spotted enjoying a casual walk around in Los Angeles. The former music executive and her mini-me were all smiles as they took a stroll together on Monday, November 25.

Get to Know Ozzy and Sharon Osbourne's 3 Kids: Meet Aimee, Jack and Kelly!

The 67-year-old beauty — who shares Kelly, 35, as well as kids Aimee Osbourne, 36, and Jack Osbourne, 34, with longtime husband Ozzy Osbourne — appeared to be in a chipper mood despite having been out late for the American Music Awards the night prior.

The two ladies kept it nonchalant as they were photographed wearing sweatpants. Sharon wore a pair of black, flared bottoms and an oversized gray sweater, while Kelly donned matching pants and a black leather jacket. The mother-daughter duo shielded their eyes with a pair of sunglasses as Kelly proved she is the sweetest dog owner by carrying her adorable pup.

During their night out at the AMAs on Sunday, November 24, Sharon and Kelly cheered on Ozzy, 70, as he gave his first performance in over a year. Jack also attended the event with a woman named Aree Gearhart. Prior to the awards show, the former Black Sabbath frontman and Sharon — who have been going strong ever since their 1982 wedding — skipped the red carpet.

Luckily for fans, Kelly stepped in for her famous mom and dad as she arrived at the 47th annual award show looking more gorgeous than ever. On the carpet, Kelly opened up about her dad’s highly anticipated return to the stage with his performance of “Take What You Want From Me” with Post Malone and Travis Scott.

“[The collaboration] took six months because dad had the accident and had to have surgery,” Kelly explained to hosts on the red carpet, referring to the serious procedure he underwent last November. “He fractured the spine in his neck.” Poor Ozzy!

Kelly wasn’t the only one looking forward to her dad’s performance. Earlier in the week, Sharon chatted with her The Talk costar’s about her husband’s highly anticipated gig at the annual awards show. After divulging details about Ozzy’s AMAs performance, Sharon gushed she couldn’t wait to see him take the stage. 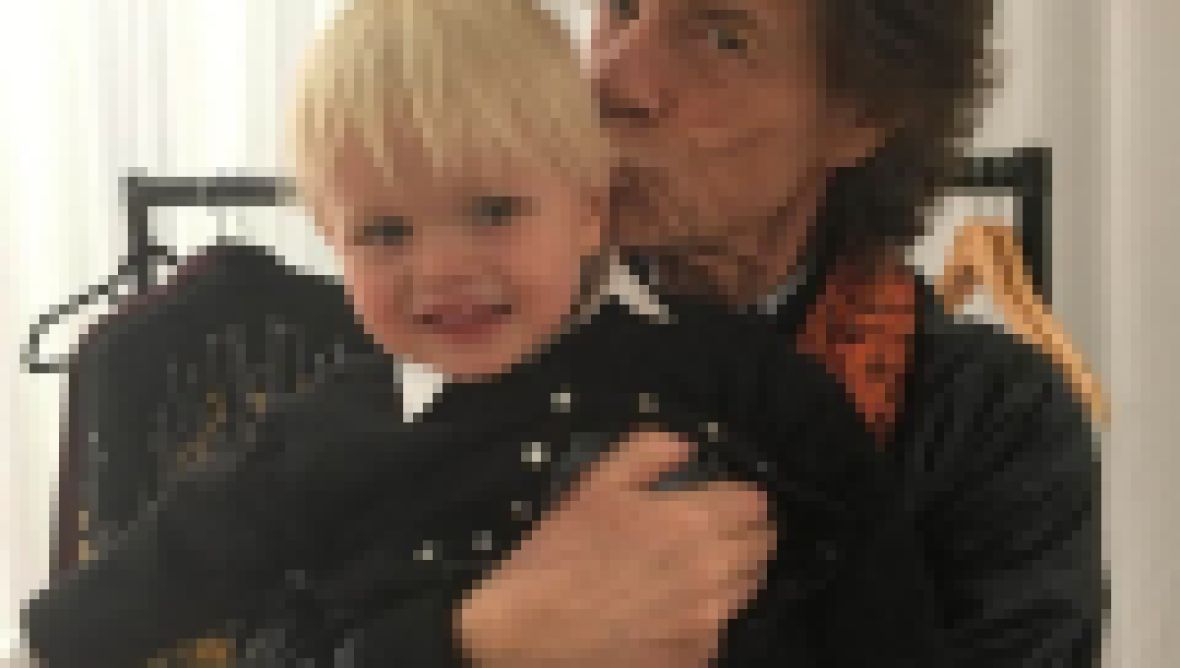 Ozzy and Others Who Went From Bad Boys to Loving Grandpas

“I mean it’s great news, it’s fun, but it’s just a TV show,” she adorably teased while announcing Ozzy’s performance. “He’s doing the American Music Awards.” Throughout his time on stage, the proud wife was seen bopping her head and dancing along to the music as she cheered on Ozzy from the crowd.

Scroll through the gallery below to see pics from Sharon and Kelly’s post-AMAs outing!

Sharon and Kelly seemed like they were in no rush as they casually strolled around Los Angeles on Monday afternoon.

The two ladies appeared to be a little tired as they enjoyed the chilly L.A. weather. Perhaps they partied hard at the AMAs?

Earlier in September, Sharon was spotted shopping around L.A. with her rarely-seen daughter Aimee.

Considering it’s been a while since the entire Osbourne clan has been photographed together, we hope they have plans to spend Thanksgiving as a family!

Here's What Keanu Reeves' Mom Loves About His GF Alexandra