If there’s one thing Marie Osmond loves almost as much as her family, it’s her dedicated group of longtime fans. After coming across a montage of her Hollywood career through the years, the “Paper Roses” songstress praised her incredible admirers for sticking by her side.

“I was scrolling through videos on YouTube and saw this video a fan made,” the 60-year-old beauty captioned her post via Instagram on Friday, April 3. “It made me tear up a bit!”

I was scrolling through videos on YouTube and saw this video a fan made. It made me tear up a bit! A lot has happened through the years, but the best thing through it all is you’ve been there with me. I just want you all to know how much I have loved and appreciate each and every one of you ♥️

In the video, clips and photos of Marie growing up can be seen flashing across the screen as her 2009 hit song “My Reflection” plays in the background. In the beginning, the Talk cohost proved she was the cutest little girl while dancing on stage in an elaborate costume.

“A lot has happened through the years, but the best thing through it all is you’ve been there with me,” Marie sweetly continued, pointing out that her fans supported her throughout struggles with self-confidence, a bitter divorce, the death of her son Michael and much more. “I just want you all to know how much I have loved and appreciate each and every one of you.” 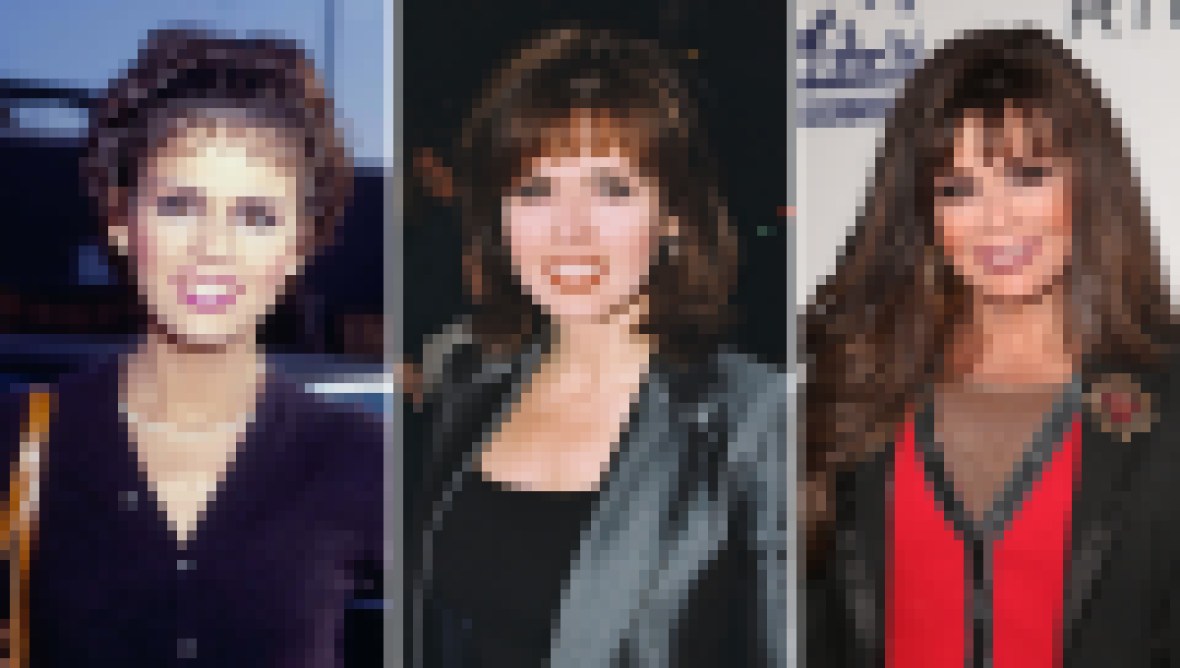 As the video goes on, Marie appeared alongside beloved family members like brother Donny Osmond. The superstar siblings sang and danced on stage together after rising to fame as “Donny & Marie” in the 1970s.

The impressive montage also highlights some of the most successful aspects of Marie’s career. Besides her stint on Dancing With the Stars, videos showed the Key is Love author on stage at her iconic Las Vegas residency, as well as from Donny and Marie’s variety show from 1976.

On top of her legendary career as a musician and TV star, the heartwarming montage also celebrated Marie’s life as a mom of eight kids. The Road Home for Christmas actress looked happier than ever in photos with kids Stephen, 36, Jessica, 32, Rachel, 30, Brandon, 23, Brianna, 22, Matthew, 20, and late son Michael.

Marie’s fans were obviously emotional over the singer’s meaningful message as they flooded the comments section of her post. “We appreciate you as well,  Marie! Your family has made my life so much better in so many ways!” one follower gushed, while another echoed, “This made me cry … sweet, sweet memories.” A third fan chimed in, writing, “Such a beautiful video and a beautiful song. Thanks for sharing.”

Considering tons of Hollywood stars remain tight-lipped regarding struggles they face in their life, fans couldn’t be luckier that Marie feels comfortable enough to open up and be honest. While chatting with Closer Weekly in October 2019, the doting mom revealed why she doesn’t mind getting so personal on social media.

“We are all going through this thing called life,” Marie exclusively gushed at the time. “I think by talking through things, people realize that we’re all women getting through this … [I’ve] been through a lot of those [ups and downs] and, I don’t know, I think sharing sometimes really helps.”

We love you, Marie!