Lovebirds Kelly Ripa and Mark Consuelos are one of the strongest couples in Hollywood, and they have created a beautiful life together over the past 24 years. Their whirlwind romance started when they first met on the set of All My Children in the ’90s, and they’ve only fallen more in love since.

The duo was so smitten with one another that they didn’t wait long to get married. In May 1996, they tied the knot in a beautiful Las Vegas wedding. While recalling her wedding day, Kelly said she brought her dress on sale at Barney’s Warehouse because she wasn’t making that much money at the time.

“It was $199 on final clearance sale. ‘Do I eat this week, or do I get this dress.’ Literally, this was the thought process,” she revealed during a previous episode of Live With Kelly and Michael. “I said to myself, ‘I bet if I buy this maybe it will be an investment piece. Maybe I will wear it more than once.’ I swear to you I wear it constantly. It’s a beach cover-up now. I wear it all the time. It was the best $199 I ever spent in my life.” 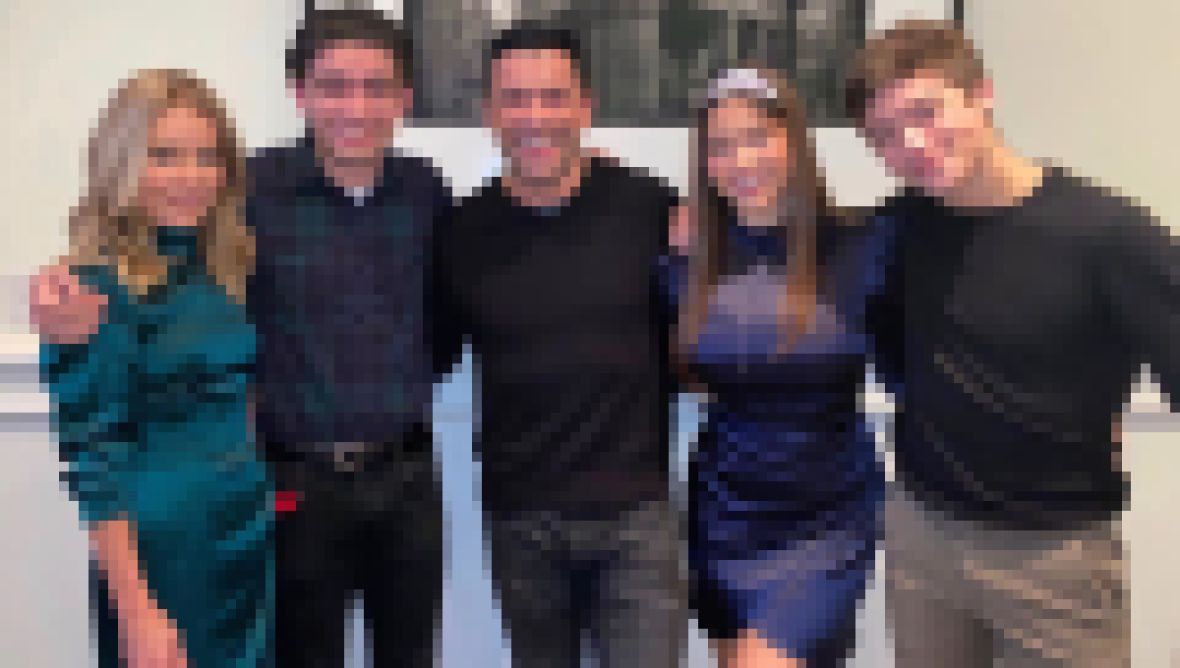 After that beautiful day, Kelly and Mark welcomed their first child, son Michael Consuelos, in 1997. They didn’t have any more kids until 2001 when they had their daughter, Lola Consuelos, and then son Joaquin Consuelos in 2003. Living with three kids definitely took some getting used to. The most challenging part for the couple was “surviving” their children’s jokes.

“They make fun of [me and Mark] constantly,” the TV personality said on Live With Kelly and Ryan in April 2020. “Like it’s constant from the moment I leave the office. When I’m done with my show and I walk into the kitchen, they are on me. They are totally making fun of every word I say, everything I’ve done. Nobody is immune.”

Although there are some things that annoy Kelly, she wouldn’t trade her love story with Mark for the world. The two lovebirds celebrated their 24th wedding anniversary in May by giving each other a sweet shout-out on Instagram. “Happy anniversary to the love of my life, or at least half my life,” the blonde beauty wrote. Mark added, “Making a life, sharing a history, holding you close for 24 years. I love you, @kellyripa.”

Scroll through the gallery below to see Kelly and Mark’s relationship timeline!

“I thought she was adorable, hot and sexy and all that stuff,” Mark once said of meeting Kelly for the first time on All My Children. “But I was very focused — I didn’t really think I had a chance with her, so I wasn’t really focused on that.”

After Mark landed his All My Children job — playing Kelly's character's onscreen love! — he and the actress really hit it off. “We became friends really quickly after that,” he once said.

Kelly previously revealed the dress she wore at her wedding was only $199! “I bought it at the Barney’s Warehouse sale … I didn’t buy it as a wedding dress … I just bought it because it was really pretty … It was $199 on final clearance sale.”

After dating for only a year, Kelly and Mark eloped in May 1996 in Las Vegas!

One year after they tied the knot, Kelly and Mark welcomed their first child, son Michael, in June 1997.

In June 2001, the couple welcomed their second child, daughter Lola.

“I think children are like pancakes: You sort of ruin the first one, and you get better at it the second time around,” Kelly joked of motherhood in a previous interview.

A few years later, Kelly and Mark added a third child to their family. Son Joaquin was born in February 2003.

“We’re very lucky that we found each other, that’s what I have to say. I would say to Mark, ‘Who would we have married if not each other,'” Kelly once said of her marriage. “One day you’ll look back at each other and say, ‘Can you believe we’ve been doing this for 20 years?’ Because it goes fast.”

In 2016, Kelly and Mark celebrated their 20th wedding anniversary — so cute!

All grown up! In June 2018, Lola went to prom with her longtime boyfriend, Tarek Fahmy. After she partied the night away, the teen packed up her bags and headed to New York University for college.

In May 2020, Kelly and Mark celebrated Michael graduating from New York University. “I love you with all my heart,” the mom of three gushed on Instagram while showing off her “proud mom” tassel.