It’s not often to spot Sandra Bullock out and about with her longtime boyfriend, Bryan Randall. Fortunately, the rare photos we do have of the adorable couple prove they live a “happy life” together.

The handsome photographer is the Bird Box star’s “greatest supporter, ” an insider exclusively told Closer Weekly in August 2020. “They are best friends and partners.”

Aside from their enviable romance, Sandra and Bryan are over the moon about raising her adopted son, Louis, and adopted daughter, Laila. “The kids consider Bryan their father and he calls them his children,” the source dished. “They’re a happy little family.”

The Hollywood superstar and the Los Angeles-based photojournalist were first linked in 2015. At the time, Sandra and Bryan met when a friend suggested he shoot photos at Louis’ 5th birthday party. Sparks flew between the two and the rest was history.

Since Bryan came into the Proposal star’s life, he’s done an incredible job filling in as the dad of Louis and Laila. Because the two don’t “play any games” when it comes to their family, Sandra and Bryan’s bond has continued to get stronger.

“They’re adults, they mesh really well together and they’re usually always on the same page when it comes to their relationship and raising children,” a separate insider revealed to Closer in September 2019. “What you see is what you get.”

Even though Sandra and the former fashion model — who shares his eldest daughter, Skylar, with ex Janine Staten — have yet to tie the knot, they don’t need a title to define their love for each other. In fact, they’re extremely “committed” and Bryan even “proudly wears” a wedding band on his ring finger. 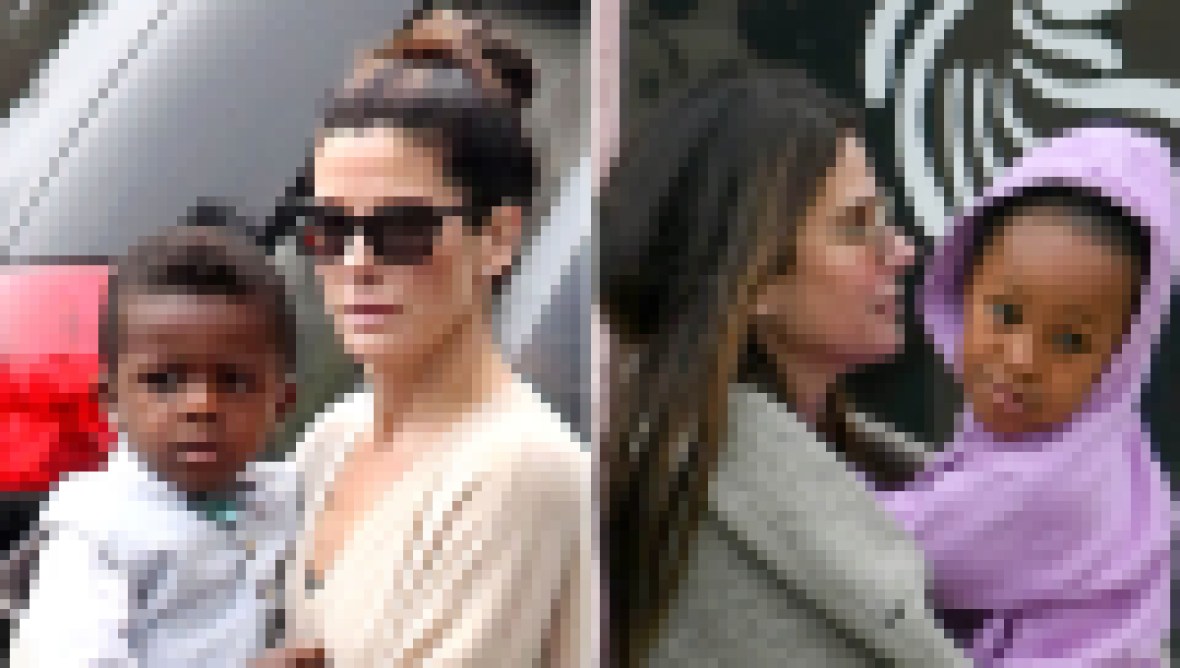 “In their eyes, and their kids’ minds, they’re parents and they’re as settled down as any couple they know,” the source explained. “Sandra gets the curiosity, but they’re tired of the questions. They love each other and that’s all that matters.”

Because the Blind Side actress and the doting dad share a genuine connection, they don’t need to flaunt their “relationship status,” a third insider dished to Closer in June 2019. “Sandra and Bryan consider themselves a solid, committed, family unit. It’s pretty clear what they have is a very special bond. There’s no doubt that he’s Louis and Laila’s dad.”

Scroll through the gallery below to see all the rare photos of Sandra and Bryan!

Sandra and Bryan were joined by Louis as they stepped out at a pet store in West Hollywood in September 2019.

The lovebirds hit the streets of Los Angeles in July 2019 with their adorable pup. The Academy Award winner sported a cute maxidress, while her beau donned a black shirt, gray sweatpants and a striped hat.

After celebrating Mardi Gras in New Orleans as a family, Sandra and Bryan were spotted heading through the airport in March 2019. The pair had their kiddos in tow as they got ready to board the plane.

Sandra looked lovingly into her man’s eyes as they made their way to a theater show in Los Angeles in May 2018.

While enjoying a family trip to Disneyland in February 2018, the Miss Congeniality alum and Bryan were photographed on a ride together. They look like they’re having so much fun!

During their Disney outing, Sandra and the hunk also adorably swung Laila back and forth as they held her hands.

The couple wore matching brown jackets and sunglasses as they grabbed coffee in Studio City, California, in February 2017.