Kathie Lee Gifford‘s marriage to her second husband, Frank Gifford, was one for the books. Although the former Today star and the late TV sports commentator’s decades-long love story was one with ups and downs, there’s no doubt their union was filled with everlasting love.

Kathie Lee and Frank first began dating in the mid-1980s when they met on the set of a morning news show and immediately hit it off. The Kathie Lee and Hoda alum even once told former cohost Hoda Kotb she “sort of” fell in love with Frank during one of their first moments together.

The happy couple were married by October 1986, and it wasn’t long before they became the loving parents to son Cody Gifford and daughter Cassidy Gifford. While the Monday Night Football host was 23 years his wife’s senior, their age gap proved to be no issue as the couple shared nearly 30 memorable years together before Frank’s heartbreaking death in August 2015.

Following the former football star’s passing, Kathie Lee focused on her career and raising her two adult kids. In 2019, the former Good Morning America host opened up about how she battles the “crippling” loneliness after losing her husband just months before their 29th wedding anniversary. 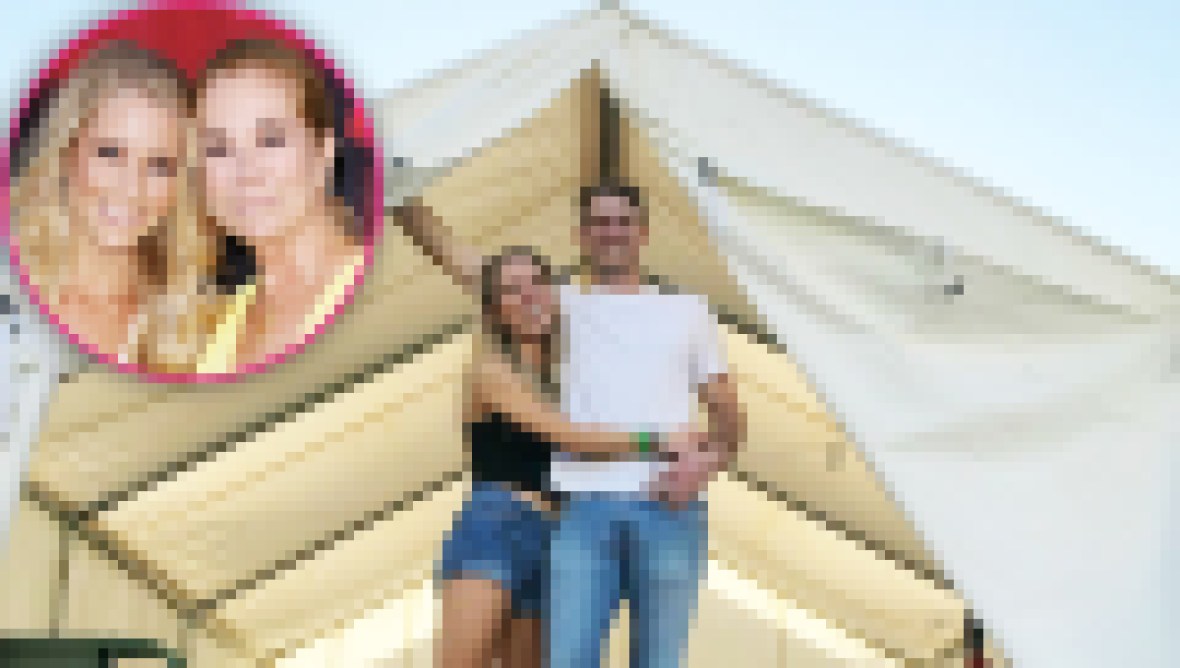 “You battle a lot of things when you get older, especially as a widow, when you lose a spouse,” Kathie Lee told AARP The Magazine. “If you’re not careful, what you’ve lost in life can define you. It’s so much healthier to be defined by what you still have. I’m making big changes in my life because I need to, really big changes that are feeding my soul. Otherwise, despair sets in.”

Now that she’s given her heart a few years to heal, the Gift That I Can Give author revealed she’s “open” to finding love. “I don’t think you go out and find love … I think that it finds you,” she told Us Weekly in 2019. “I’m a woman of faith, so I also think that if God wants it, then he’ll bring it. Maybe I have [found love] already and just don’t know it. We’ll see.” 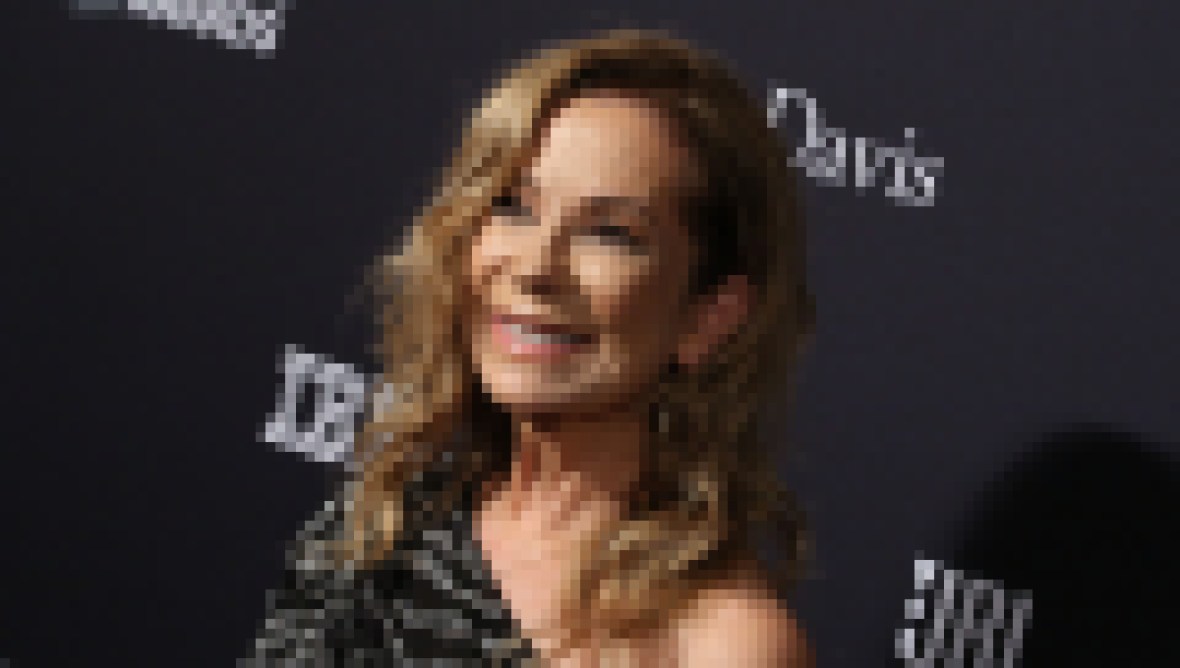 Considering Kathie Lee is a strong woman, it’s no surprise she’s opening herself up to the opportunity to fall in love again. “I’m not [just] coping, I’m thriving,” she once told Closer Weekly.

Scroll through the gallery below to see a timeline of Kathie Lee and Frank’s loving relationship.

Kathie Lee and Frank Get Engaged

Frank proved he was serious about Kathie Lee when he got down on one knee and asked for her hand in marriage. Although it’s unclear when exactly the pair got engaged, Kathie Lee once opened up about the special moment during an episode of Kathie Lee and Hoda.

“We were in Atlantic City [NJ] because I was performing,” she recalled. “And Frank had not realized, when we first started dating, how much performing I did.” Because of her hectic Hollywood career, the TV personality dished she actually thought her man was ending the relationship.

“Very seriously he goes, ‘Can I talk to you?’ I thought, ‘Oh my gosh, he’s going to break up with me,” she joked. “He took out this magnificent ring … I’m not going to say what he said … but it was just beautiful.”

The Couple Gets Married

Kathie Lee and Frank made their love official when they walked down the aisle on October 18, 1986. The lovebirds tied the knot during a romantic ceremony on the beach in Bridgehampton, New York.

The Godwink Christmas actress was previously married to ex-husband actor Paul Johnson from 1976 to 1983.

The news anchor became a mom for the first time when she and Frank welcomed their eldest child together, son Cody, on March 22, 1990. The play-by-play announcer is also the dad of kids Victoria Gifford, Jeff Gifford and Kyle Gifford with ex Maxine Avis Ewart.

Two years after welcoming her firstborn, Kathie Lee revealed she suffered a miscarriage. “Frank and I were planning our second baby to be to come … this fall … this spring … I just wanted to tell everybody myself,” she candidly shared during an episode of Live with Regis and Kathie Lee in August 1992. “Until you experience [a miscarriage] yourself, you really don’t understand the heartbreak of it.”

Although the duo was devastated, the doting mom once gushed Frank “held me tighter than he’s ever held me before” following the loss of Kathie’s pregnancy, according to Good Housekeeping.

Frank Is Allegedly Unfaithful During Marriage to Kathie Lee

Rumors rocked Kathie Lee and Frank’s relationship when it was reported he was being unfaithful during their marriage. Although Frank denied cheating on his wife, photos circulated of him at a hotel with a married flight attendant in 1997. The actress looked back on the alleged affair during an episode of Today.

“It’s no fun. It’s horrible. It’s a tremendous test of your relationship,” she recalled in 2017. “It takes a lifetime to build that kind of friendship and history together and trust, and it takes one stupid decision to destroy … Sometimes you run out of time to build it up again. I was grateful that we could.”

In October 2014, Kathie Lee and Frank celebrated their 28th wedding anniversary. While fans imagined the couple would be together forever, this would be their last anniversary as Frank’s unfortunate death came less than a year later.

The married couple’s love story was cut short when Frank died at age 84 in August 2015. At the time, Kathie Lee shared a heartbreaking announcement on behalf of her family.

“It is with the deepest sadness that we announce the sudden passing of our beloved husband, father and friend, Frank Gifford,” the family’s statement read. “Frank died suddenly this beautiful Sunday morning of natural causes at his Connecticut home. We rejoice in the extraordinary life he was privileged to live, and we feel grateful and blessed to have been loved by such an amazing human being. We ask that our privacy be respected at this difficult time and we thank you for your prayers.”

Kathie Lee proved Frank will always be in her heart as she commemorated their 30th wedding anniversary in October 2016. The TV star couldn’t help but get emotional as she talked about her late husband on Today.

“I’m deeply grateful for all the years I had with that beautiful man,” she gushed. Kathie Lee even penned a candid letter about how she learned to deal with the sadness surrounding her longtime love’s death.

“We had Frank for a lot of years and we had him in great health and we have many, many memories,” she wrote. “If you keep thinking about what you lost, you will fall in despair. Concentrate on what you still have and the memories and the knowledge that you will all be united one day. I am not saying it’s easy. I am saying it’s possible.”

Kathie Lee revealed she’s ready to move on as she began dating new boyfriend Randy Cronk. The new pair made their debut as a couple when they were spotted dancing and kissing during a concert for a Journey tribute band in August 2019.

“I’ve been ready for love,” she exclusively shared with Closer at the time “Whatever God has for me, I’m open.”