A new addition to the family. Donny Osmond announced his oldest son, Donald Jr., is expecting baby No. 4 when he shared a photo of Don and his wife, Jessi, holding their little one’s ultrasound on Instagram. 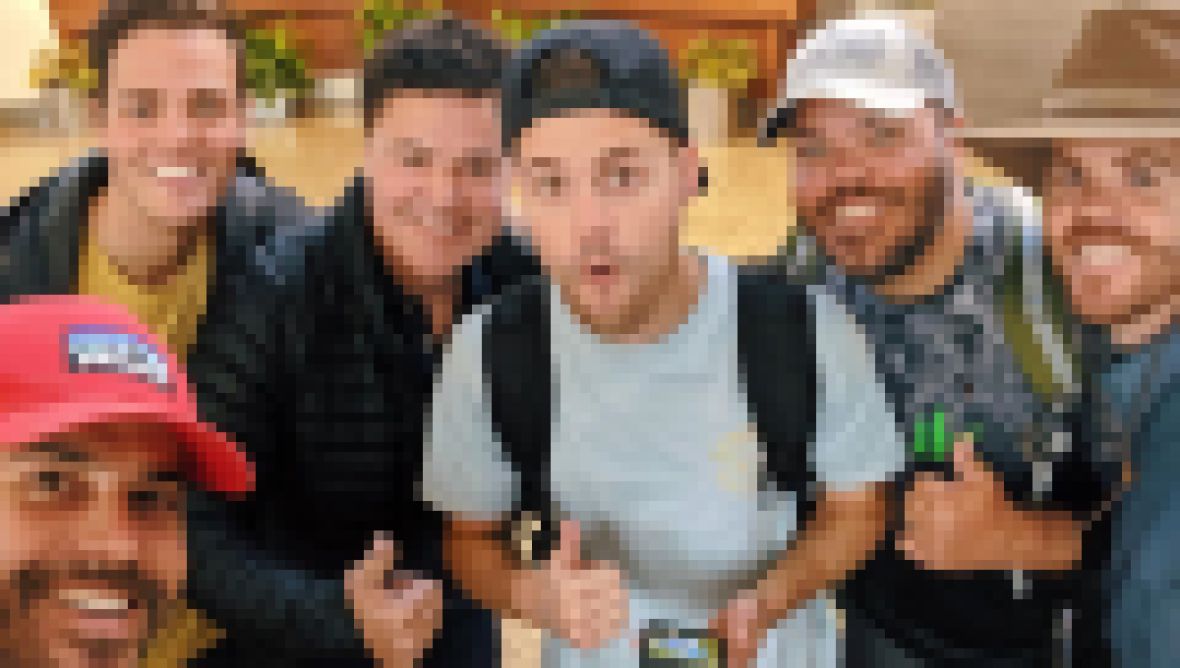 “Debbie [Osmond] and I are so delighted to share that our 12th grandbaby is on his way!” Donny, 62, said of he and his wife of 42 years on Sunday, August 9. “Our son Don and daughter-in-law Jessi are expecting their [fourth] son. They will now have a cute quartet, and we can hardly wait to meet this precious little baby boy.”

Debbie and I are so delighted to share that our 12th grand baby is on his way! Our son Don and daughter-in-law Jessi are expecting their 4th son. They will now have a cute quartet, and we can hardly wait to meet this precious little baby boy. 💙 Possibly 1/1/21. Wouldn't that be cool. We'll see. 😊 #grandbabiesarethebest

The Masked Singer alum revealed his grandchild will probably be born in January 2021. “Wouldn’t that be cool,” he gushed. “We’ll see. #grandbabiesarethebest.”

Even though Donny has a busy schedule, he always makes sure he has time to spend with his grandkids. Back in April, the “I’ll Make A Man Out Of You” singer sang his hit song from Mulan with his grandchildren for ABC’s The Disney Family Singalong. The moment was so cute that Donny’s family taped the whole thing on their phones and shared it on their Instagram Stories.

“Here it is. Ahh,” Donny’s son Brandon Osmond‘s wife, Shelby Osmond, said, and his daughter-in-law Melisa Osmond added, “Seriously dying.” But that’s not the only cool thing the season 9 winner of Dancing With the Stars has done with his family.

Many of you ask me questions about my faith. In an effort to avoid coming across as a religious zealot, I generally only share my beliefs at church, in personal conversations, or on the My Beliefs sections of my website. That being said, if you are curious about what I believe and how my #faith has brought me peace and joy in this life, there's a pretty unique event happening this weekend. In a worldwide broadcast, we will hear from a living prophet and apostles of the @churchofjesuschrist. The messages they share teach us of our Savior Jesus Christ, God's love for each of us, and how to find lasting #joy amidst challenges. Check it out 👉🏻 LDS.org #GeneralConference

In July 2019, Donny shared a sweet photo of him and his grandkids eating popsicles by the pool, and two months before that, he revealed his grandson Daxton did a school project on him. “Look who my darling #grandson chose for the subject of his autobiography presentation,” Donny said at the time on Twitter. “And the best part of all — he put this presentation together all by himself! I consider myself extremely blessed to have such wonderful grandchildren. #Grandkids really do make life grand!”

We can’t wait to see all the cute new photos Donny will post of Don’s new son when he gets here.