Lovebirds George Clooney and Amal Clooney (née Alamuddin) are excellent role models for their twins, Ella and Alexander. As they watch them grow up, the couple has learned a lot about what it means to be a parent and they try to pass on their teachings to their kids every day.

During a May 9 appearance on The Ellen DeGeneres Show, George revealed he’s been trying to teach his son how to say the word, “zebra.” 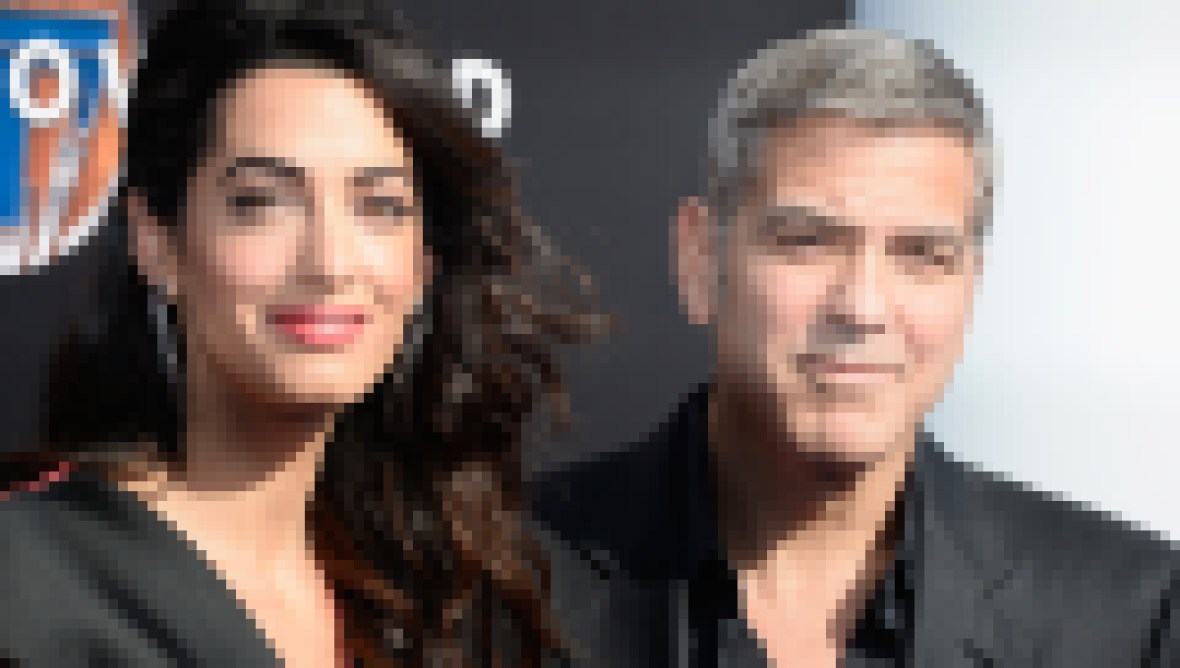 George Clooney and Wife Amal Have 2 Beautiful Twins! Get to Know Them

“The other day I caught my son — because my wife is very, very English, very British — my son said ‘zebra,'” the actor told Ellen DeGeneres while pronouncing “ze” with a short e sound. “I’m gonna fix that though. That’s not gonna happen.”

George jokingly said his children can be a bit “scary” because they have Amal’s “brains” and can already do things like “count from one to 20 in English and Italian.”

“I’m still trying to do the English part,” he laughed, before Ellem chimed in, “That’s scary when they’re smart. It’s easier when they’re dumb.” 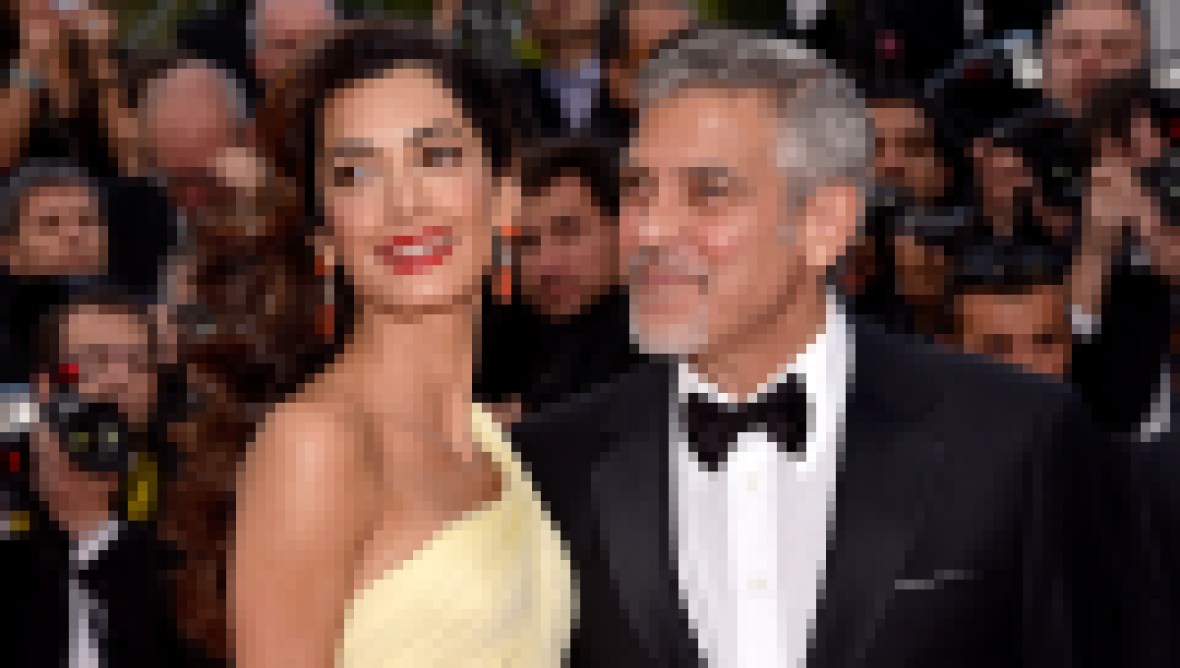 But even though Ella and Alexander impress their father with their Italian skills, the Up in the Air actor revealed they have a mischievous side and pull pranks at home. “They’re good kids. They’re happy kids. They laugh a lot,” the dad of two said on Today in May 2019. “They do pranks already. Put peanut butter on their shoes, so that it looks like poo-poo on their shoes and stuff, and they think that’s funny.” 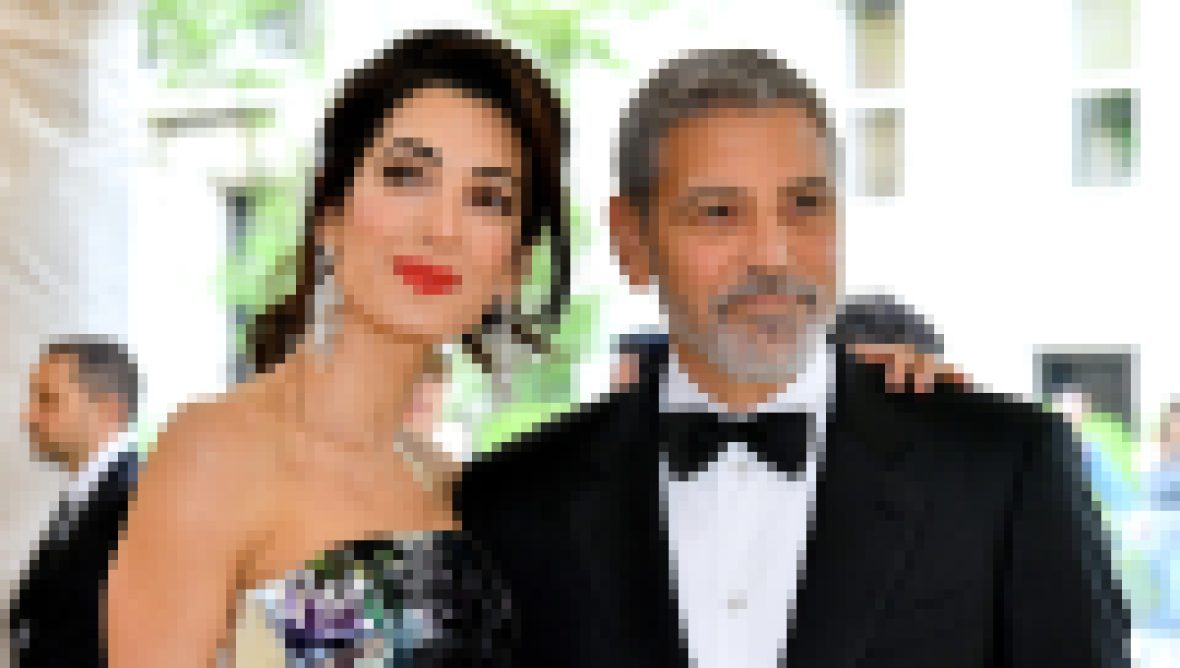 George is still getting used to the not so great parts about parenting, like cleaning up after his children. “I just have to clean the barf off of my tux,” he hilariously said. “It used to be my barf but now it’s the twins’ barf.” However, the Gravity star wouldn’t change his experience for the world.

“I’m not mad at anything,” he previously told Entertainment Tonight. “I got a brilliant, beautiful wife, I got two knuckleheads for kids, life’s great.”

Scroll below to see George and Amal’s cutest parenting quotes!

George’s kids are keeping him busy at home. “They have their own personalities. [Alexander] goes outside and hugs my car … It’s bad when I’m driving. That’s really not good. He gets right in the wheel well sometimes,” the Descendants star joked on Ellen. “And then my daughter slept in my wife’s closet with purses going, ‘Mine!’ So, I see this is gonna be a fun life for me.”

Amal is still trying to find the right balance between work and her family life. In a May 2018 interview with Vogue, she said she and her hubby like to have “quality time” with their little ones in the morning.

“Between 6 and 8 in the morning we get to have them in our bed — I don’t schedule any calls before 8,” Amal revealed. “When I was nursing, it was much more complicated, because there are two. I had all manner of weird cushions and pillows and machines.”

When Amal was still pregnant with her little ones, she and George were having a hard time thinking of baby names.

“We figured these kids are going to be looked at a lot and watched and [have their] every move sort of judged, and we wanted them to at least have a break with the names,” the doting dad explained to People in September 2017. “So we looked for some sort of normal names. We didn’t have any great inspiration. It wasn’t Alexander the Great and Ella Fitzgerald.”

Amal is an empowered woman and she tries to teach Ella how to be confident too. “As women, there is a bond that we all share. It’s a bond of shared experience. Experiences that only women go through and struggles that only women face,” she once said at the Texas Conference for Women, according to Vanity Fair. “The worst thing that we can do as women is not stand up for each other. And this is something that we can practice every day no matter where we are or what we do. Because if we are united, there is no limit to what we can do.”

Having a baby can change anyone’s life drastically. “I cry more than they do. I cry four times a day right now because I’m so tired,” George hilariously told The Daily Mail in September 2017. “Hey, remember back when you were single, before you didn’t have to worry about keeping people alive? Wasn’t that great?”

Being a dad made the Ocean’s Eleven star learn a lot about being responsible for other people. “All I know is that I am at last experiencing what most people in the world get to experience, which is the incredible amount of love you gain when you have two children you are responsible for,” he told The Daily Mail. “I have always felt a great sense of responsibility to other people in the world, but when you have children of your own, you realize you are responsible for their lives in a way you haven’t been before. And you become conscious that you want to make an example of your own life that they will follow.”

During an interview with The Hollywood Reporter, Amal said she’s done having kids because she was “39” when she had Ella and Alexander, which is “quite late.”

Parenting has made George the happiest man in the world! “Every single day of my life, I just feel lucky,” he gushed to THR.

Here's What Happened to the Stars of 'Moonlighting'

Here's What Happened to the Cast of 'Designing Women'

Don Knotts of ‘The Andy Griffith Show’ Remembered by His Daughter

Inside Elvis Presley's Final Days: 'The Happiness Wasn’t There'