It seems Kelly Ripa may have been inspired by Gwyneth Paltrow‘s recent nude photo shoot. The Live With Kelly and Ryan host jokingly “warned” her daughter, Lola Consuelos, about posting a bare-skinned snapshot just days before her 50th birthday.

See Every Time Kelly Ripa and Mark Embarrassed Their 3 Kids!

“Conversations with my daughter,” Kelly, 49, captioned the screenshot of text messages with her 18-year-old on Monday, September 28.

Conversations with my daughter ♥️🎁🎈🎉

The exchange began when Kelly sent her mini-me an article about Gywn’s teenage daughter, Apple Martin, calling her mother out for sharing a nude pic in her “birthday suit” on September 27. “You’ve been warned,” the All My Children alum wrote to Lola after texting her the link.

However, it seems the New York University student wasn’t too worried about her mom’s heads up. “Oh Lord, honey, do what you want,” the brunette beauty humorously replied. Lola also offered her own warning to her mama, writing, “Just know that I have a birthday also. And an Instagram.” 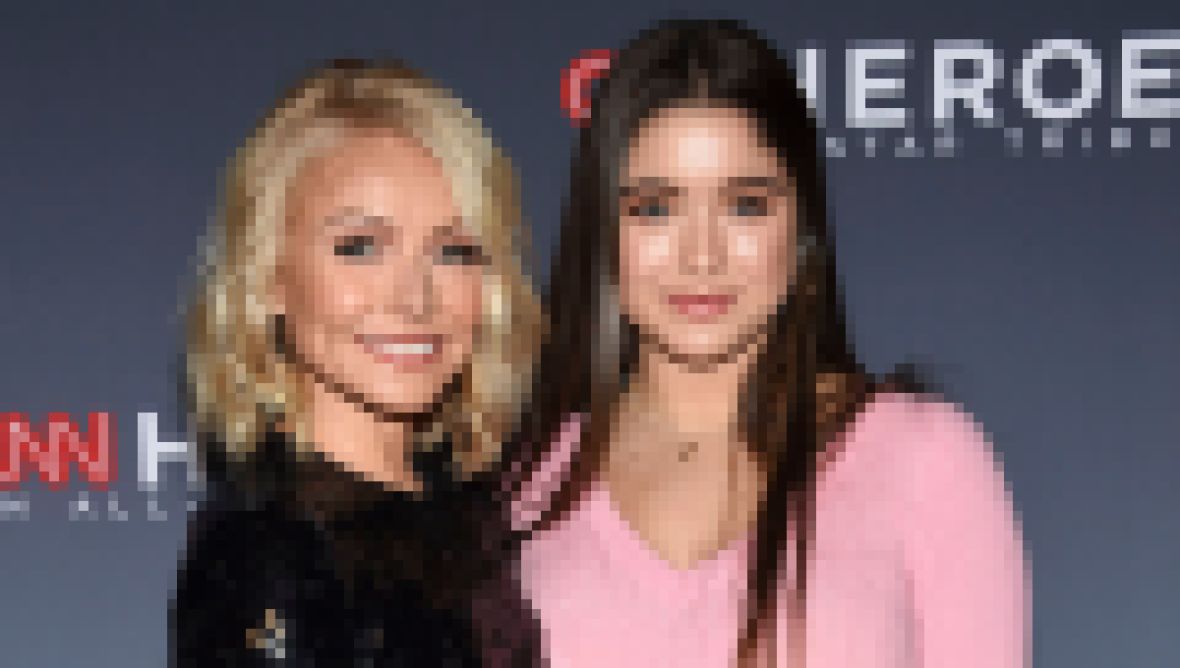 Mom and Me! See Kelly Ripa's Cutest Moments With Her Daughter Lola

Considering the TV star’s birthday is quickly approaching on October 2, fans wouldn’t be surprised if she went all out for the occasion. Kelly — who shares Lola and sons Michael Consuelos, 23, and Joaquin Consuelos, 17, with husband Mark Consuelos — also enjoys teasing her kiddos on social media.

Whether she’s posting old family throwbacks or sharing sexy snapshots of the hunky Riverdale star, 49, it seems Kelly’s kids always have something to say about their mom’s Instagram posts — especially Lola. The TV personality dished there was even a time when she wasn’t allowed to post pics of her little girl.

“It’s so bizarre. I’m never allowed to post a photo of her — ever. Why did I have these kids if not to exploit them on social media?” she quipped during an appearance on The Tonight Show Starring Jimmy Fallon in October 2017. “I was like, ‘You know what? She can’t get mad at an eight-year-old photo.’”

The Emmy Award winner also told the story of the time she thought Lola had a serious emergency. Kelly was in an elevator when her daughter started blowing up her phone.

“She’s like, ‘You take [that photo] down right now! My friends follow you for some reason, and they will see this!’” she explained. “I was like, ‘You know what? I will take it down. I’ll take it down for you.’”

It looks like we’ll have to stay tuned to see if Kelly poses nude for her milestone birthday!