Ozzy Osbourne and Sharon Osbourne are so grateful for their grandkids. The “Crazy Train” crooner and the Talk star may have their hands full with their hectic Hollywood careers, but the two are willing to drop anything when it comes to granddaughters Pearl, Andy and Minnie.

Sharon and Ozzy tied the knot in 1982 and are the proud mom and dad of their three kids, Aimee Osbourne, Kelly Osbourne and Jack Osbourne. Although the pair’s older daughters, Aimee and Kelly, have yet to welcome little ones of their own, their son, Jack, shares his three kiddos with his ex-wife, Lisa Stelly.

Jack and Lisa married in 2012 and welcomed Ozzy and Sharon’s first grandchild when daughter Pearl was born that same year. Three years later in 2015, the couple expanded their family when daughter Andy arrived, followed by their youngest child, Minnie, in February 2018. The Portals to Hell star and his spouse called it quits just months later in May.

Since Jack welcomed his kiddos into their famous family, Sharon and Ozzy couldn’t be more thrilled to take on the role of grandparents. At the time the Haunted Highway host and his ex gave birth to their eldest child in 2012, the former music executive gushed over the “amazing” experience.

“It’s all overwhelming. But in a good way — in a really positive, lovely way.” she told People at the time. “You go through every emotion. You go through joy and you thank God that everybody is healthy and happy. You realize how lucky you are. It’s like life has gone full cycle in our family.”

Sharon also dished she isn’t the only one thrilled about the new arrival. “[Ozzy told Jack,] this is a love that is so special,” Sharon marveled of her longtime husband. “He said, ‘You will never experience a love like this, other than a father and a daughter. It’s a very, very special love.'” 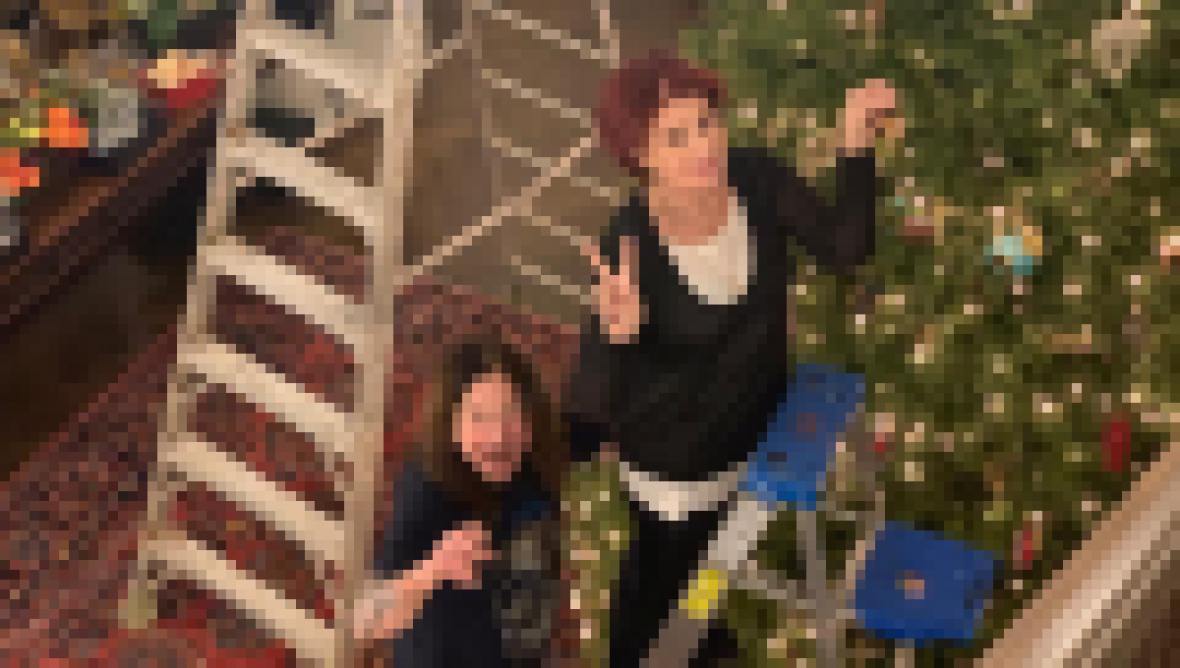 Considering the former Osbournes star is so in love with Pearl, Andy and Minnie, it’s no surprise she’s looking forward to the day when Aimee or Kelly start families of their own. “I’ve got two more girls to marry off,” she sweetly joked. “There will be more grandkids!”

In the meantime, scroll through the gallery below to learn all about Sharon and Ozzy’s granddaughters!

Sharon and Ozzy’s first grandchild, Pearl, made her arrival when Jack and Lisa welcomed her on April 24, 2012. Although she’s still young, it seems Pearl has quite the personality as Sharon and Jack are always sharing the most adorable photos of her on social media.

For her birthday in April 2020, Jack praised his little girl for giving him “purpose” when he became a father. “I wish time would slow down a little. Pearl is 8 years old today and I can’t believe it,” he gushed via Instagram. “My life gained purpose when she arrived into it and she granted my heart permission to love unconditionally. Thank you, Pearly Girl.”

The doting grandma also uploaded a super cute pic of Pearl holding a snake and sporting pink hair in August. “LOOK AT THAT FACE and then look at the [snake],” Sharon captioned the snapshot. “@Jackosbourne gave me the cutest grandbabies!!!”

The Hollywood duo’s second grandchild, Andy, was born on June 13, 2015. Like her older sister, it’s fairly often that fans can find photos of Andy all over her dad and grandma’s social media.

In June 2019, Jack revealed Andy was growing up to be just like Ozzy as he uploaded the cutest pic of them eating dinner. “Andy calls this her lemon face and loves to have Papa make it with her,” he captioned his post.

Sharon also shared the same hilarious photo, writing, “The apple doesn’t fall far from the tree.” It seems Andy is all about making jokes and having fun!

Sharon and Ozzy’s youngest granddaughter, Minnie, was welcomed into their family on February 3, 2018. At the time the tiny tot was born, Sharon was over the moon about being “a Nana to three little angels.”

“I don’t have the words to express how happy I am for Jack and Lisa to have another beautiful little girl,” the X Factor star wrote next to a pic of the baby girl. “They named her Minnie which is [my] most very favorite name, other than Nana, which is what the girls call me. It’s a gift.”

During Minnie’s second birthday celebrations in February 2020, Jack couldn’t believe how much his youngster has grown up. “My littlest angel turned 2!” he captioned a video of their entire family singing “Happy Birthday” at her party. “I love her more and more every day.”