They have one of the sweetest relationships in Hollywood, but after more than 20 years together, Tim McGraw and Faith Hill are all about their kids. It’s time we shine a light on their three incredible daughters, Gracie, Maggie and Audrey!

Tim and Faith’s romance kicked off with a whirlwind start in 1996. After dating just a short amount of time, the iconic country stars went on to tie the knot that same year.  The “Humble and Kind” crooner and the Grammy-winning songstress experienced parenthood when they welcomed Gracie in 1997, followed by Maggie in 1998 and Audrey in 2001. 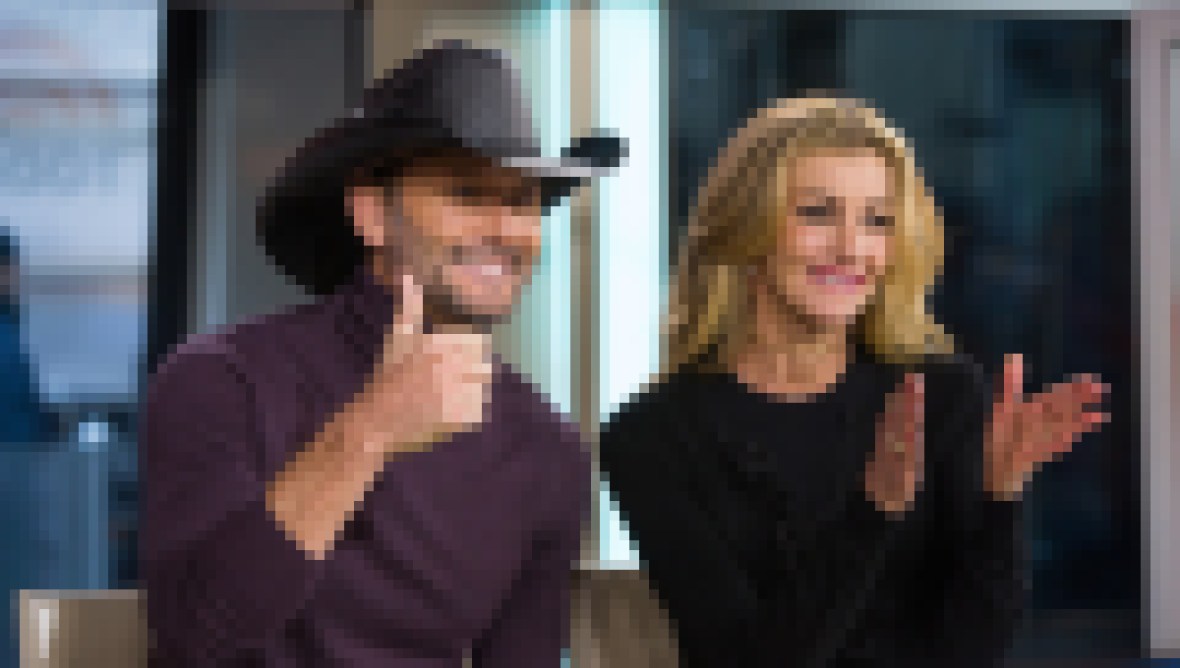 During their first few years of marriage and parenthood, however, there was a bit of a disconnect between the lovebirds. At the time, Tim’s struggle with addiction was getting in the way of their family so much that Faith even warned him she wouldn’t stick around if it continued. A friend of the country duo told Closer Weekly how the “Matters to Me” singer whipped her husband back into shape.

“Her heart was breaking,” the friend revealed. “She finally told him point-blank, ‘You can either have your family or you can have this horrible lifestyle. You can’t have both.’” According to the pal, that wakeup call was exactly what Tim needed. “He quit everything cold turkey because he wanted to be a real father to his girls, and he realized he’d dropped the ball,” the friend said.

See Your Favorite Country Stars Then and Now!

Throughout the course of their marriage, Tim and Faith have found the perfect balance between their successful careers and their family. The “Live Like You Were Dying” singer and his longtime lover once gushed about how lucky they feel to be by each other’s side through the good and the bad times.

“It’s such a rare thing to be able to experience what we do for a living, and to do it together, really feels like all the moments are special,” Tim told People.

“I watch him perform and still to this day I’m awed by it,” Faith chimed in, adding they always find new ways to prove their love to one another. “Funny … as we get older, it’s less about the big gestures and more about just spending the time together at home,” she said. So sweet!

Scroll below to learn about Tim and Faith’s three kids.

Tim and Faith welcomed their first child together on  May 5, 1997. Although Gracie attended New York University, she has shown interest in performing like her parents. Not only has she fronted an all-female group called Tingo, but in 2015, she graced the stage with her dad at the Bridgestone Arena in Nashville where they performed “Here Tonight.”

We bet Gracie is going to follow in her mom and dad’s performing footsteps!

Born on August 12, 1998, Maggie is the middle child of Faith and Tim. It appears the blonde beauty has a love for giving back, as she has volunteered for different social works and even joined her dad at the 2016 Invictus Games. She also spent much of her time volunteering for a nonprofit called Feed the Frontlines while in quarantine amid the coronavirus pandemic earlier in 2020.

Tim and Faith also celebrated a huge accomplishment of Maggie’s as she graduated from Stanford University this past June.

“Hard to believe that this road trip with Maggie from Nashville to Palo Alto was four years ago,” the proud mom captioned her Instagram post at the time. “This was me trying to film us singing to the radio with my phone out of the window … easy to see why one of us just graduated from Stanford and one did not!!!!! Congratulations, Maggie and to all of your sweet friends as well!!!
We love you!!!!!! Go Cardinal!!!!! Stanford Class of 2020.”

The youngest in the group, Audrey was born on December 6, 2001. Following her arrival, Tim and Faith have been quite open about her birth.

“She was eight weeks premature, and we were finally able to bring her home the day before Christmas Eve. So this time of year just feels extra-special to us,” Faith once revealed to Good Housekeeping.

Like her older sisters, Audrey is gearing up to study in college as she graduated from high school in June. Tim also honored his daughters’ graduations, writing, “Our class of 2020 girls! Stanford 2020. EHS 2020. Boom! Great work ladies! Mom and I are so proud of y’all!!!”

Tim McGraw's Drastic Physical Transformation Was All for His Family: 'I Want to See My Kids Grow Up'

Tim McGraw and Faith Hill Once Fought to Save Their Marriage: "They Weren't Going to Make It" (EXCLUSIVE)
Picture