Do Hilaria Baldwin and Alec Baldwin have baby No. 6 on their minds? Even though the yoga instructor and the 30 Rock actor just welcomed their fifth child in early September, it seems they aren’t against the idea of welcoming another child into their brood. 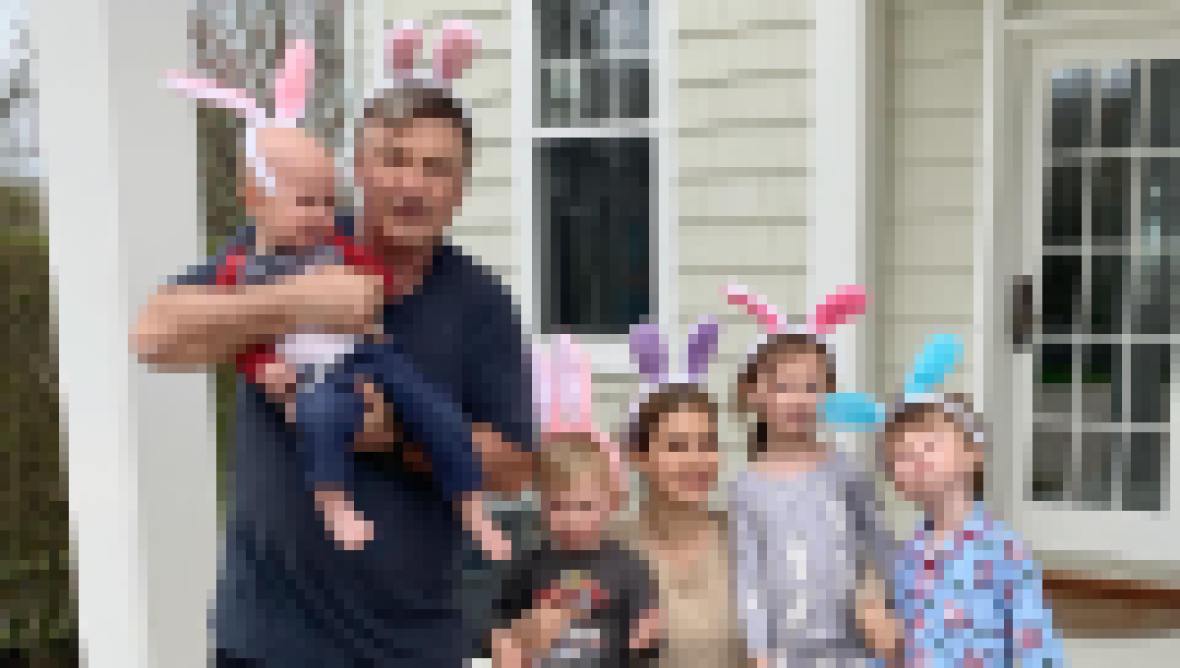 “Maybe,” the 36-year-old shared with Us Weekly after she was asked her thoughts about having more kids with the Saturday Night Live star, 62, on Thursday, October 1. “We’ll see.”

Hilaria and Alec are still up in the air about expanding their family, but the Living Clearly Method author dished their children, Carmen, 7, Rafael, 5, Leonardo, 4, Romeo, 2, and newborn baby Eduardo, are already thinking about another baby brother or sister.

“My kids are like, ‘Mommy, [do] you have a baby in your belly?'” Hilaria adorably explained. “I was like, ‘Absolutely not.’ [Eduardo is] three weeks old, absolutely not right now.”

In the meantime, the “Mom Brain” podcast host and Alec — who tied the knot in 2012 — are getting “used to” the chaos with their new family of seven. Since little Edu arrived on September 8, Hilaria said the Golden Globe winner is doing just “fine.”

“The baby sleeps in the room, so [Alec is] privy to all the times that I wake up, yet I’ve never asked him to do anything,” the Spanish actress explained. “I’ll go down and feed the dogs and make my coffee, and I’ll have him hold the baby for, like, seven minutes when the baby starts screaming because he realizes I’ve left them too far away from its food source. Alec has a very cushy life with me as a mommy because I’m not asking him to do anything.”

It appears Hilaria is keeping her options open in terms of having more babies, but Alec offered a different sentiment while appearing on The Ellen DeGeneres Show in late September. At the time, the Hollywood hunk joked he’s “done trying” for another baby girl after having four boys.

“I’m not gonna keep trying,” Alec, who is also the dad of his eldest daughter, Ireland Baldwin, with ex-wife Kim Basinger, teased while hilariously offering a solution to their problem. “My wife’s gonna get remarried. She’s going to marry a guy who produces a girl.”

The Beetlejuice actor insisted he’s content being a dad of six, but he can’t help but want more children when the right moment comes. “When the baby gets to be three years old and they’re not vending machines of joy that you get used to, we look at each other and say, ‘Time to have another baby!'” he quipped.

It looks like fans will have to stay tuned!