Actor Arnold Schwarzenegger enjoyed the nice weather outside when he went for a family bike ride with his 26-year-old son Patrick, and his 28-year-old daughter, Christina, on Tuesday, June 16. While following their dad, Christina and Patrick kept a safe distance behind the Terminator star who safely led them through Los Angeles. Once they were done, the trio loaded their bikes back on their car and headed home.

Arnold, 72, shares Christina and Patrick with his ex-wife, Maria Shriver. He’s also a proud dad to his two other kids — Katherine, 30, and Christopher, 22, whom he welcomed with the journalist, and his 22-year-old son, Joseph, from a previous relationship. 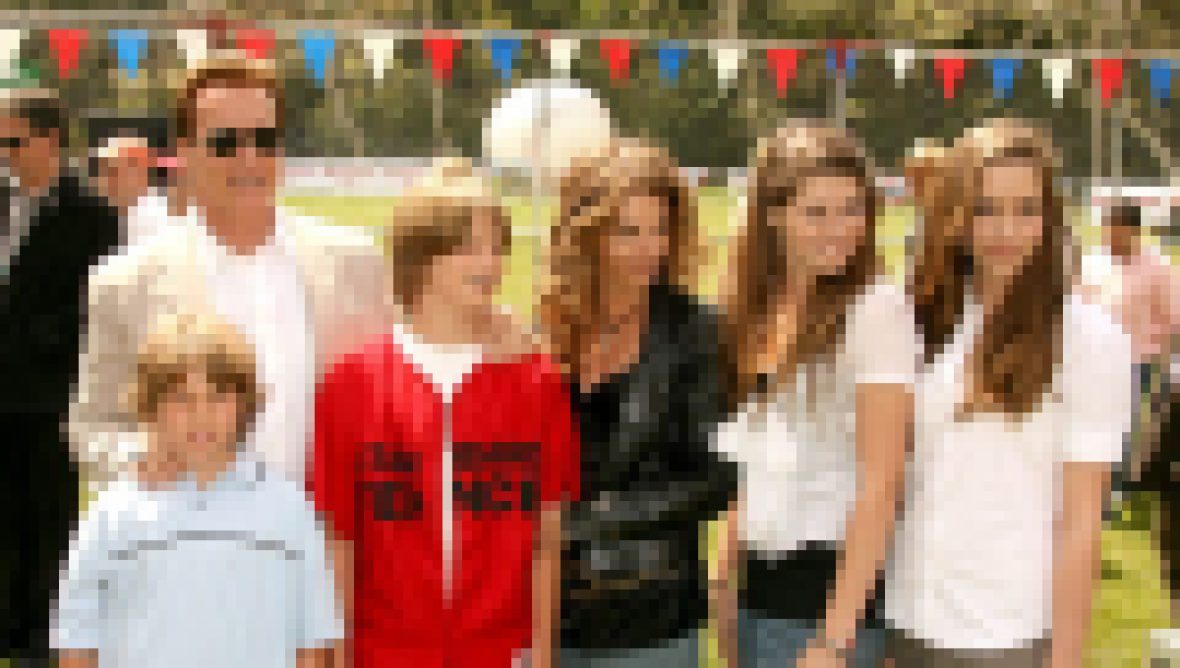 His Mission Is to Protect Them — Meet Arnold Schwarzenegger's 5 Kids!

“We have a great father-son relationship, and we also have a great friendship,” Arnold previously told GQ Germany about his relationship with Patrick. “My vision was to create great kids. … What I’m proud of is that I could kind of show [Patrick] the way and he knew that he has all the help in the world from me all the time but that he had to do the work also.”

Like his dad, Patrick has starred in many great movies such as Stuck in Love, Grown Ups 2 and The Benchwarmers. In fact, he revealed his father was actually the one who inspired him to go into acting. When the model was a kid, Arnold would take him on set and show him how movies are created. After learning about showbiz, it didn’t take Patrick long to fall in love with the profession.

“I would sleep there,” he explained about being on set during a March 2018 appearance on Live With Kelly and Ryan. “It was like my favorite thing and then as time went on more and more I started going to set. I started taking classes. I started doing the plays at school.”

Once Patrick was old enough, his dad told him he could start auditioning for roles, but Arnold still wanted him to pursue an education. That’s why Patrick graduated from the USC Marshall School of Business in May 2016 with a minor in Cinematic Arts. Once he was done, the young actor landed the role of Caleb in the popular film Go North in 2017. Arnold must be so proud of everything his son has achieved!

Scroll below to see pics of the Commando star riding bikes with Patrick and Christina.

Once they got to their destination, Patrick helped his dad unload the bikes from the car.

Christina looked like she had a great time because she couldn’t stop smiling.

Arnold didn’t do any flashy moves when he was riding bikes with his kids. He kept his hand on the steering wheel and watched where he was going.

The trio stayed away from the sidewalks and rode on the street.

Patrick tailed behind his sister to make sure she was safe at all times. Looks like they had a lot of fun!