Alex Trebek gave fans a positive update on his health as he revealed his chemotherapy treatment is “paying off” amid his stage IV pancreatic cancer battle. The beloved Jeopardy! host looked happy and healthy as he let fans know he wasn’t backing down from the deadly illness.

“I’d also like to take this opportunity to give you a quick health update — I’m doing well, I’ve been continuing my treatment and it is paying off … though it does fatigue me a great deal,” the 79-year-old announced in a clip shared on ABC News on Thursday, July 16. “My numbers are good and I’m feeling great.”

The Emmy Award winner said he’s doing so well, he “even wrote a book” while Jeopardy! was taking a “break from the studio” amid the coronavirus pandemic earlier this year. Alex’s New York Times-recommended memoir, The Answer Is . . .: Reflections on My Life, will be available when it hits shelves on July 21.

Aside from giving an optimistic update, Alex revealed he’s looking forward to the day he’ll return to the studios for Jeopardy!. “In the meantime, I’m here at home recording show openings for some very special Jeopardy! episodes that will be coming up in July,” he explained. “For the first time ever, we will open the Jeopardy! vault and take another look at some of our favorite episodes — including the very first Jeopardy! show I ever hosted.” 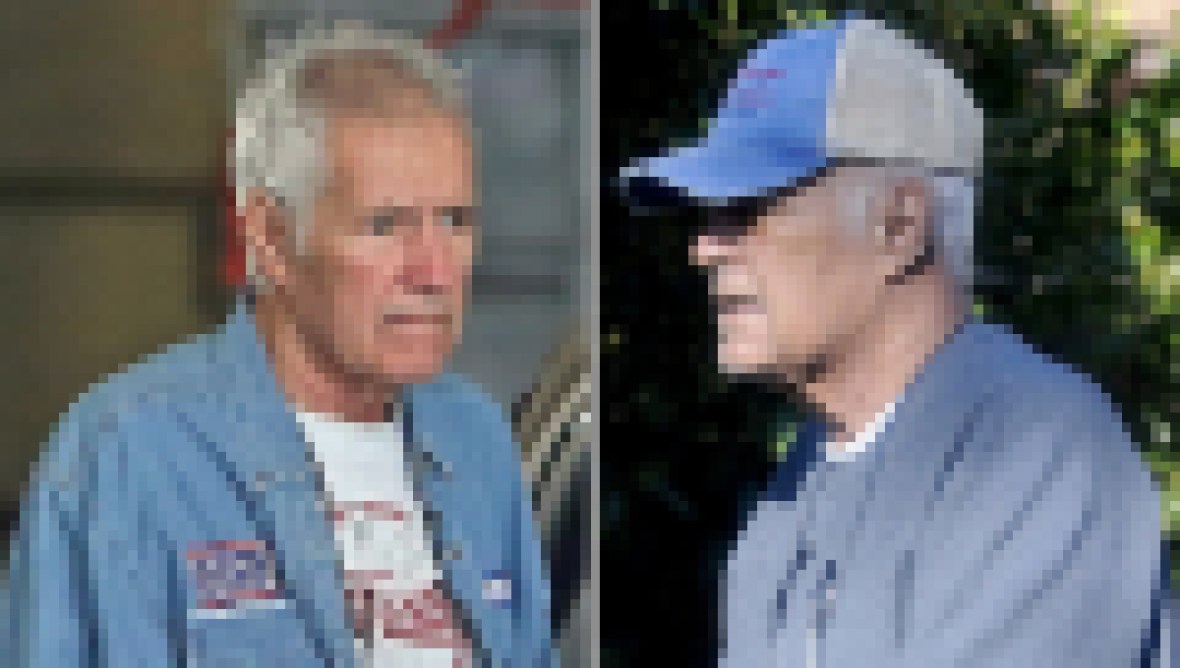 As Alex’s clip concluded, he gushed, “I can’t wait to return to the studio and start recording shows for the new season in September. Meanwhile, my wish for all of you: Stay safe.”

Since being diagnosed with stage IV pancreatic cancer in March 2019, Alex has been keeping fans updated on his progress every step of the way. However, his cancer battle has been anything but easy as he’s gone back and forth between chemotherapy treatments.

Fortunately, the former Wizard of Odds host has the undying support of his longtime wife, Jean Currivan Trebek. Alex’s spouse said she was doing everything she can to make his cancer battle as comfortable as possible, including using her abilities as a sound healer.

“The human voice has so much power and healing,” she told Survivornet.com in December 2019. “It comes from a place of love, because I want to uplift him … and when I keep my own self buoyed and enjoying my life, I can actually share that with him … he can look at me and have a sense of ‘life is beautiful; my wife is doing something good.’”

Alex Trebek Has Come a Long Way! See the TV Host Through the Years

Jean has been such a positive force in Alex’s life, a friend close to the couple — who tied in 1990 — credited his wife for keeping the Concentration alum focused on his recovery. “I think that’s part of it. He has the most beautiful [wife] in every way,” his pal Ruta Lee exclusively told Closer Weekly in April. “She’s not only beautiful on the outside but she’s beautiful internally, and spiritually. She’s very very much a handmaid of the Lord’s.”

Alex will get through this with the support of his family, friends and fans!