The happy couple! Peta Murgatroyd and husband Maksim Chmerkovskiy were all smiles as they were spotted out and about in NYC. The Dancing With the Stars duo snuck in a quick kiss during their Big Apple outing on Monday, March 9.

The 33-year-old beauty was glowing as she hit the streets with her handsome husband, 40, during their joint press trip. The proud parents of 3-year-old son Shai looked so in love as they were photographed taking a stroll following some appearances on Monday afternoon. 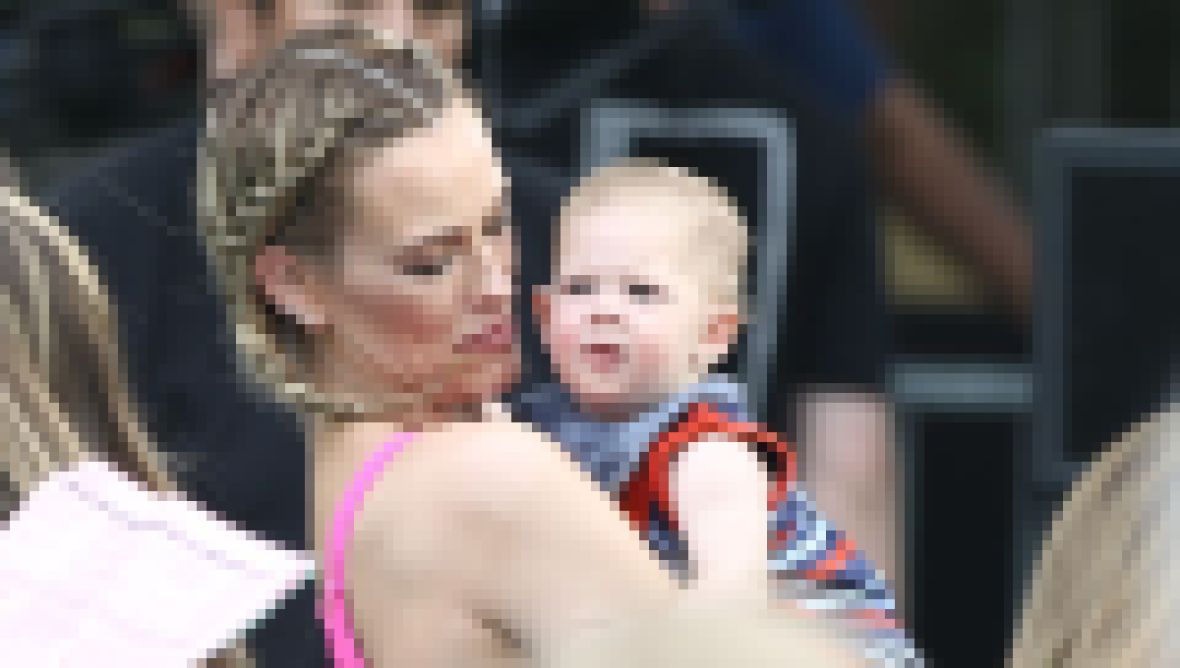 Get to Know 'DWTS' Pro Peta Murgatroyd's Only Child Shai

The longtime lovebirds — who tied the knot in 2017 — embraced the beautiful weather in matching, pink ensembles. Peta sported a black turtleneck, a pink and black checkered blazer, a coordinating skirt and over-the-knee leather boots.

As for Maks, the professional dancer looked as sharp as ever in a matching pink sweater and black jeans. The Hollywood pair held hands and looked lovingly in each other’s eyes as they posed for photos on the NYC streets.

The blonde beauty couldn’t help but marvel at the picture-perfect moment as she shared the snapshot of them kissing to her personal Instagram. “My favorite,” she captioned her post alongside a red heart emoji. So cute!

The day after Peta and Maks were spotted out and about in Times Square, the couple made an appearance on Tuesday’s episode of Good Morning America. The adorable twosome, who were joined by Maks’ brother Val Chmerkovskiy and his wife, Jenna Johnson, announced they were officially going on a joint dancing tour across the U.S.

Fans of the dancing family were thrilled to hear about their upcoming plans as they flooded Peta’s comments section. “This is sooo awesome!! Congrats to you all,” one user wrote, while another echoed, “I’m so excited for this! I love you guys!!” A third fan chimed in, gushing, “I love it!!”

Scroll through the gallery below to see pics from Peta and Maks’ outing!

Peta and Maks walked arm in arm as they enjoyed an afternoon stroll in NYC on Monday.

Peta’s effortless beauty radiated as she made the rare appearance in the Big Apple.

Although they’re going to be heading out on tour soon, Peta and Maks recently revealed they still have baby No. 2 on the mind. The even dished the gender he’s hoping for!

It looks like we’ll have to stay tuned for a possible baby announcement!