We understand! If Garth Brooks played a special concert for us, we would cry a little bit too. That’s exactly what Kelly Clarkson did when “The Thunder Rolls” singer payed her a visit on her talk show on Monday, November 25, and sang Bob Dylan‘s “Make You Feel My Love.”

“If you would have told me as a kid that that moment would have happened? I’m sorry,” she said, fighting back the tears. “I just can’t believe my life sometimes, that you’re just sitting here serenading me.”

Kelly, 37, explained that she never knew “Make You Feel My Love” was actually Bob’s song until she was an adult. Since Garth covered it as a bonus track on his 1998 The Limited Series box set, she thought the song was originally sung by him. 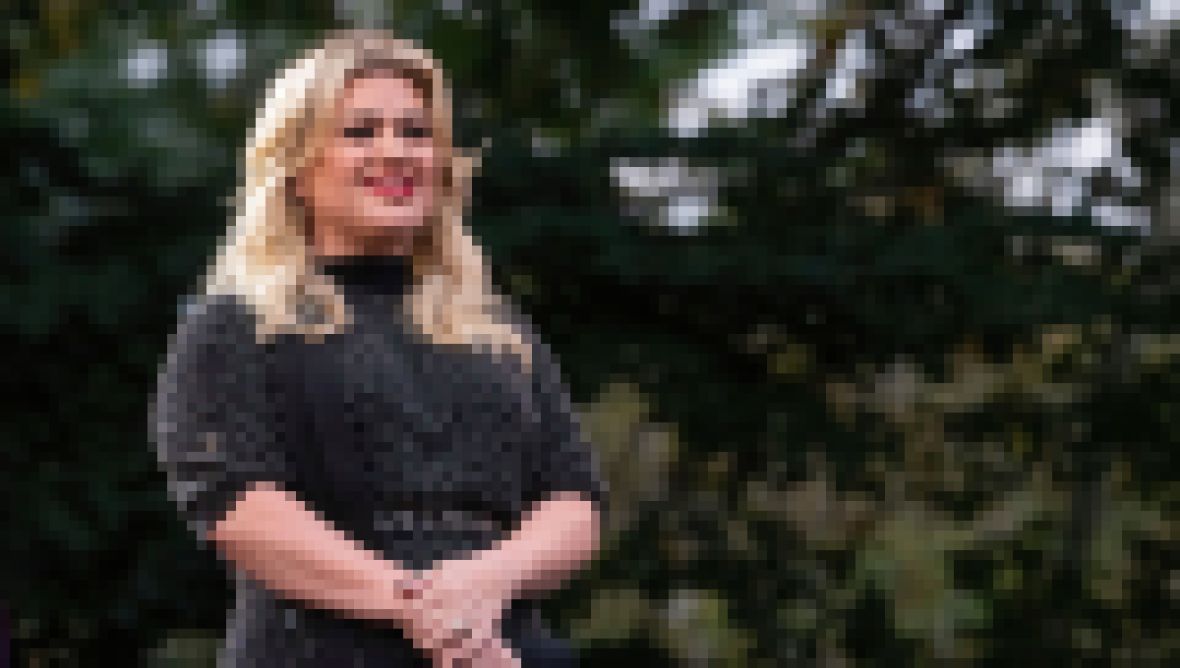 Kelly Clarkson and Her Siblings Share 1 Crazy Story! Meet Her Sister and Brother

“I just recently did that song on the show with Ben Platt, but here’s the funny thing: He knew of that song because of Bob Dylan. I had no idea that Bob Dylan existed when I was a kid,” she admitted. “Nobody around me listened to Bob Dylan, but I sure as hell knew your version. I thought it was a Garth Brooks song, like, until I was 20!”

After the two gushed about their love for music, Kelly then changed the topic to Garth’s wife, Trisha Yearwood. “She is the greatest vocalist,” the mom of two gushed. “You know I’m a nerd for her. Her voice is like the sound of crystal.”

“Well, the crazy thing is: Awards are as good as people’s names are on them. Compliments are as good as people who give them,” Garth said in response to Kelly. “You’re a freak of nature. Everybody in the business knows you have no ceiling. For you to say that about her, she would sit here and say the exact same thing about you.”

Ever since Kelly won season 1 of American Idol, she’s been praised left and right for her vocal abilities. The show’s former judge, Paula Abdul, still thinks the “Breakaway” singer has an amazing talent.

Kelly Clarkson's Life Would Suck Without Her 4 Kids: Meet the Children She Shares With Brandon Blackstock

“Kelly’s incredible,” the “Forever Your Girl” singer recently gushed to Closer Weekly. “You know the beauty is what you see is what you get with her. She is who she is. Authentic.”