Dressed casually in black leggings, a tank top and sneakers, Goldie Hawn shook her hips, raised her hands in the air and spun around as she cleaned up after dinner. “Washing dishes doesn’t have to be a chore — it can be a dance,” she declared.

As she gets ready to celebrate her milestone 75th birthday on Nov. 21, Goldie remains determined to keep dancing through life. “I can’t stop moving,” says the actress, who is planning a family-oriented, low-key celebration to mark the occasion.

Goldie has always had a reputation as a free spirit, going back to her earliest days on Laugh-In. Her look-alike daughter, Kate Hudson, 41, jokes that her mom has been “drinking green juice since, like, ’69.” While the actress does like to eat her veggies and never misses a daily workout, she’s learned that the secret to staying youthful is mostly in her head. “If your eyes still look at life with wonder, then you will [feel] young!” says Goldie.

Of course, nobody lives a life completely free of mistakes, heartbreaks and disappointments. Goldie has survived two divorces, career missteps (including an attempt at becoming a country music singer in the early 1970s!) and the death of her mother, whom she helped care for during her final days. A positive attitude has helped Goldie overcome the worst heartaches. “The more you look at the glass half full,” she says, “the happier you will be.”

What a Family! Meet Goldie Hawn and Kurt Russell's 6 Grandkids

She’s also learned that being happy means doing things her own way. Goldie and her longtime love Kurt Russell, 69, have created a beautiful, blended family without bothering to get legally married. The couple, who have been together for 31 years, have one son together, Wyatt, 34, three stepchildren, and six grandchildren. “Goldie is madly in love with her grandkids. So is Kurt,” a friend exclusively tells Closer magazine, on newsstands now. “Their door is always open to them.”

Over the past months, Goldie has enjoyed having the family over for dinners and games of ping-pong. She’s also kept busy doing free virtual wellness events through her MindUP nonprofit, which promotes meditation to relieve stress. 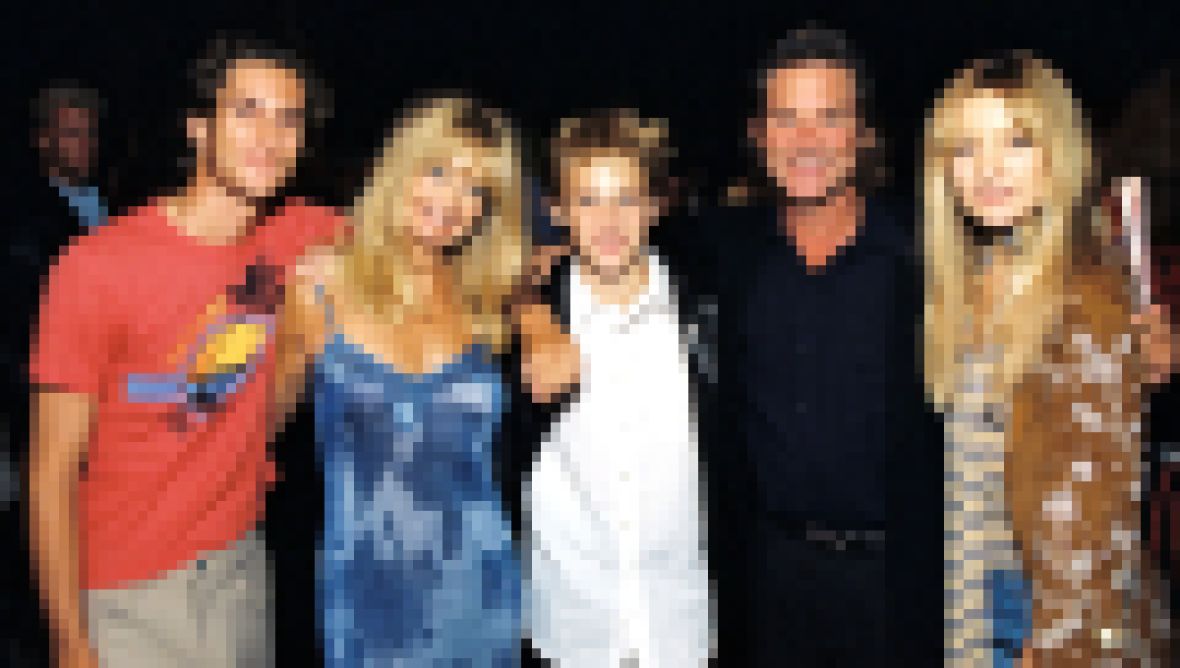 It’s little surprise that she feels like her cup is very full. “Goldie is fine with aging because she’s not!” says the friend. “She continues to be curious and open-minded. That keeps her young. She feels she is the same bright light she has always been.”