If you needed any proof that Danny DeVito is one of Hollywood’s best dads, then it’s time for you to take a look at the icon’s cutest family photos. Whenever the Matilda alum is around his three kids, Lucy, Grace and Jake, he always has a big smile on his face.

Danny shares his children with his former wife, Rhea Perlman. The It’s Always Sunny in Philadelphia star and the Poms actress tied the knot in 1982 after dating for over a decade. 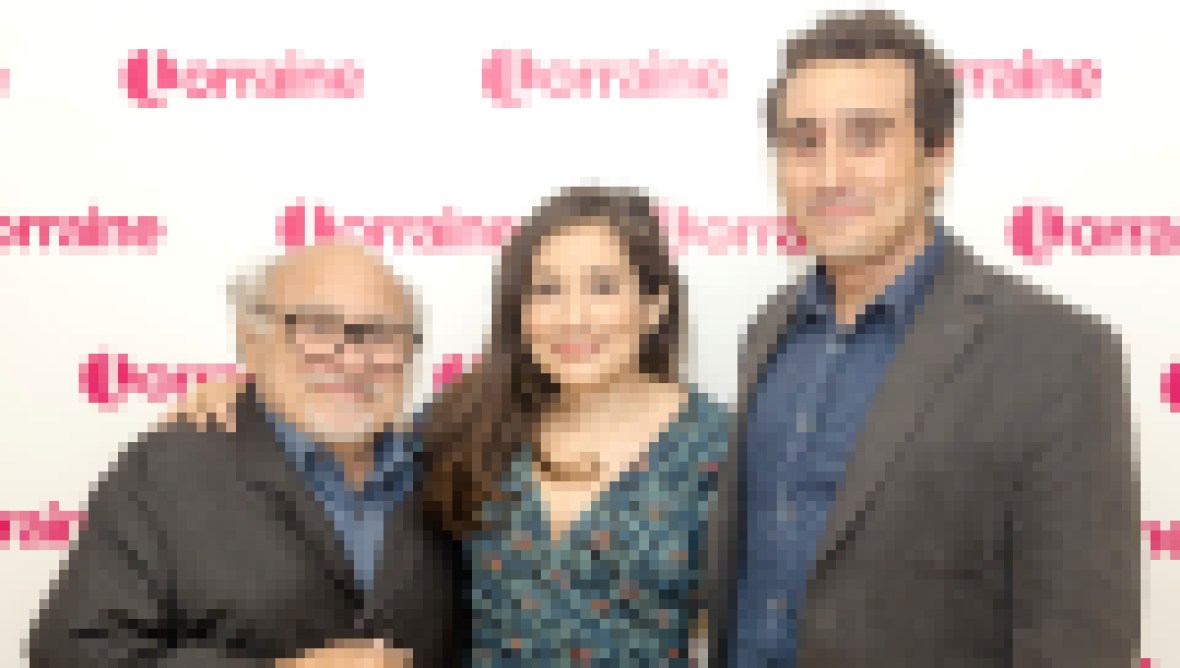 The following year in March 1983, Danny and Rhea became the doting mom and dad of their eldest daughter, Lucy. They then welcomed their second child, Grace, in March 1985, followed by the birth of their youngest son, Jake, in October 1987.

Throughout the years, fans have come to know and love the Emmy Award winner’s children considering they followed in their mom and dad’s famous footsteps. Lucy, Grace and Jake have all pursued showbiz careers, with Lucy even portraying her father’s onscreen daughter in 2016’s The Comedian.

Although being the son or daughter of a Hollywood star sounds like fun, Lucy dished it’s not always what it’s cracked up to be. The Deadbeat actress joked having a famous father is especially hard when it comes to dating.

“I think a first date is kind of like an interview. I am pretty guarding in that sense,” she told ET in 2017. “It’s a curse and a blessing having that last name. More good than bad. But there is a certain point where I can’t really be anonymous because you know who my parents are. If it’s set up, they know who I am.”

Lucy may have a hard time when it comes to her love life, but that doesn’t take away from all the valuable lessons she’s been taught by her mom and dad. “They are my gurus,” she gushed to the outlet. “They are so supportive of all the work I do.”

Lucy noted Danny and Rhea — who called it quits after 35 years of marriage in 2017 — taught her to “have the sense of humor,” to “be open” and to “constantly ask questions.” Because of this encouragement, Lucy couldn’t feel more grateful.

“I feel so lucky because [when] a lot of my friends who are actors go through the ups and downs, their families don’t understand how hard it can be,” she explained. “With my parents, I am so close with them. It’s amazing [that] I can go to my parents for advice.”

Scroll through the gallery below to see the actor’s cutest family photos over the years!

Danny was joined by his eldest daughter, Lucy, for a Hollywood event in March 2018.

The Batman Returns actor was all smiles as he hit the red carpet ahead of a screening of The Comedian with Lucy in January 2017.

Danny, Lucy and Jake posed for photos following an appearance on U.K.’s Lorraine in October 2016.

Danny, Rhea and Lucy had their arms wrapped around each other during an outing in Los Angeles in November 2014.

The father-son duo looked handsome as ever for the Better Angels film premiere in October 2014.

The famous family stepped out for the series premiere of Kirstie in December 2013.

Jake looks so young! The Curmudgeons producer joined his mom and dad for the premiere of The In-Laws in May 2003.

Grace tagged along for an outing in New York City in September 2003.