Sunny Hostin is speaking out after a report claimed ABC News executive Barbara Fedida made racist comments about her, Good Morning America‘s Robin Roberts and more on-air talent at the network.

“It was a tough weekend for me and I was really disappointed and saddened and hurt when I learned about the racist comments that were made allegedly about me, my colleagues and my dear friends,” she said about the Huffington Post article during the Monday, June 15, episode of The View.

“Because if true, to reference Robin Roberts, who is one of the most respected and beloved journalists in our country, as picking cotton. To reference me, someone who’s been very open about having grown up in public housing, as being low rent. To reference Kendis Gibson, who was my office mate at ABC and now is an MSNBC anchor, to say that he isn’t worth paying as much as ABC would pay for toilet paper,” she continued.

How Celebrity Parents Are Talking to Their Kids About Racism

“The fact that Mara Schiavocampo, who is a friend and a former colleague at ABC, the fact that she has an NDA in place and can’t talk about her experiences at ABC tells me that systemic racism touches everything and everyone in our society, regardless of social stature,” Hostin said. “No one is immune.”

According to The Huffington Post, “more than a dozen,” people have complained about Fedida in the workplace. In fact, in 2016, she was “the subject of a human resources investigation,” but it didn’t lead to her dismissal. Sources claimed ABC New just hired an executive coach for her and allowed Fedida to stay on as the Senior Vice President of Talent and Business Affairs at the network. However, all that seems to be changing now. 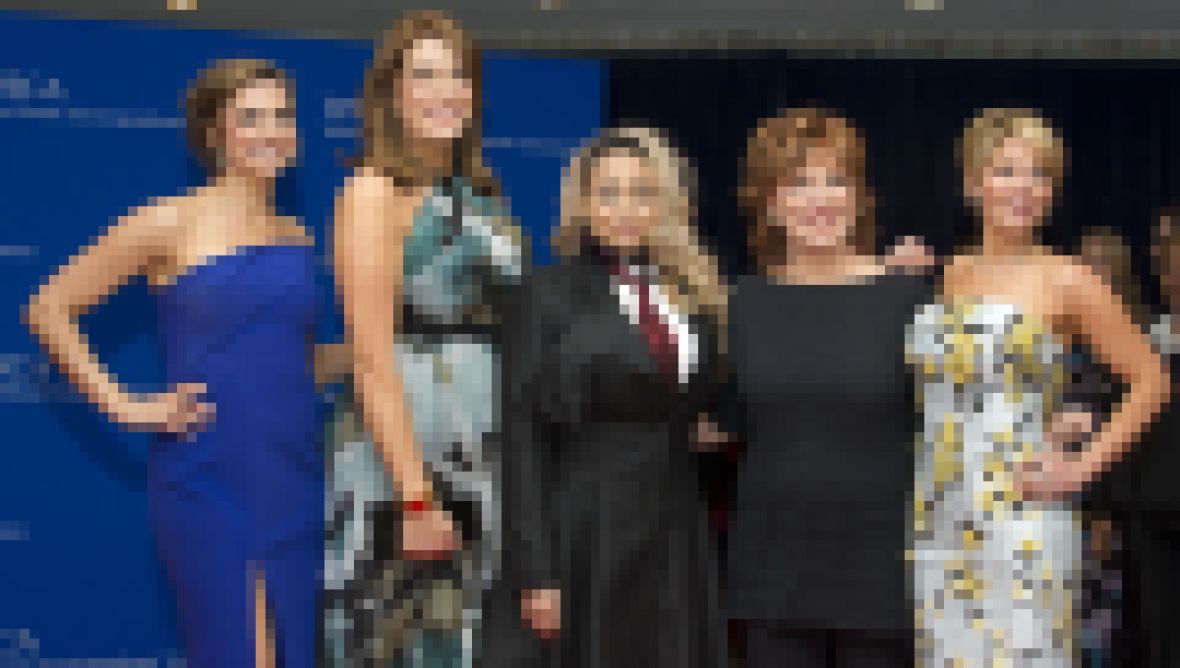 See What the Cast of 'The View' Is Up to Today!

In light of recent allegations, ABC News decided to put Fedida on administrative leave, while they conduct an independent investigation, The New York Times reported. Following her suspension, Fedida denied the claims against her and released a statement via her attorney.

“Throughout my career, I have been a champion for increased diversity in network news. Building a news division where everyone can thrive has been my life’s mission,” it read. “I am proud of my decades of work of hiring, supporting and promoting talented journalists of color. And, unlike these heartbreaking and incredibly misleading claims about me, that track record is well-documented and undeniable.”