TV icon Regis Philbin is a legend! Not only has he won a Daytime Emmy and a Lifetime Achievement Award for his amazing hosting abilities, but he also touched so many hearts before he died on July 25.

“We are deeply saddened to share that our beloved Regis Philbin passed away last night of natural causes, one month shy of his 89th birthday,” Regis’ family said in a statement, according to Us Weekly. “His family and friends are forever grateful for the time we got to spend with him — for his warmth, his legendary sense of humor, and his singular ability to make every day into something worth talking about. We thank his fans and admirers for their incredible support over his 60-year career and ask for privacy as we mourn his loss.”

Many of Regis’ former colleagues honored the star after his death with sweet tributes on social media, including his former cohost Kelly Ripa, who called him “the ultimate class act.” Regis brought “laughter and joy into our homes every day on Live for more than 23 years,” she said on Instagram. “We were beyond lucky to have him as a mentor in our careers and aspire every day to fill his shoes on the show.” 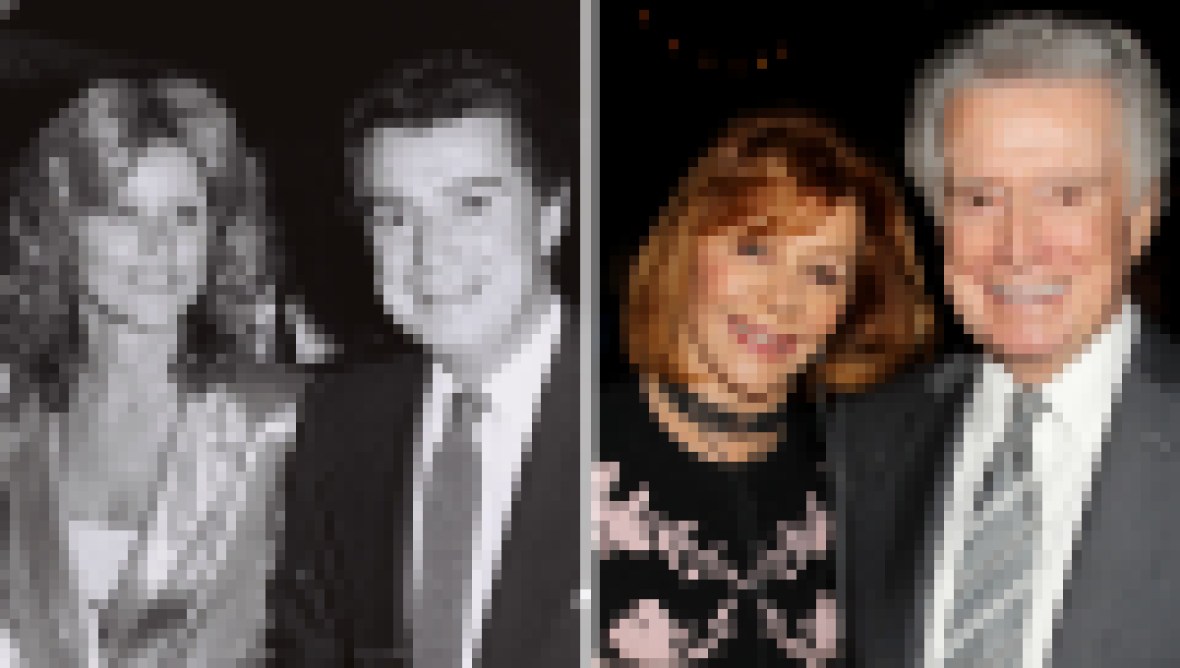 In 2011, the TV personality departed Live! With Regis and Kelly to live out the rest of his life in retirement with wife Joy Philbin and his kids, Joanna, J.J., Amy and Daniel, who died at age 49 in 2014. But even though he wasn’t working as much as he used to, Regis still made guest appearances on hit shows like Jack & Jill, Hot in Cleveland, New Girl, The Odd Couple, and Uncle Grandpa. Apparently, the Who Wants to Be a Millionaire star couldn’t stay away from his favorite gig — being a TV host — for too long!

In January 2018, Regis joined The Hallmark Channel for a week and hosted its talk show Home & Family. He also stepped up when Today cohost Hoda Kotb left for maternity leave in March of that same year. If there’s anything we can learn from Regis’ successful career, it’s to never give up on something you really want to do.

If you’d like to honor Regis’ memory, his family kindly asks that you “make a donation to http://foodbanknyc.org/, to help people in need in his beloved New York, especially his home borough of The Bronx. Thank you.”

Regis signed this portrait of himself.

After the April 1978 premiere of the movie F.I.S.T., Regis attended the Filmex black tie ball at the Century City Hotel.

Zsa Zsa Gabor fed Regis a little bit of food during this cooking segment on The Regis Philbin Show.

In 1984, Regis and his beloved wife rang in New Year’s Eve at Regine’s in New York City.

The former Tonight Show page was caught in this candid shot while enjoying dinner with Joy at Elaine’s Restaurant in New York City.

Regis attended the wedding of pals Kathie Lee and Frank Gifford in October 1986.

Regis enjoyed a game of tennis at the Barbados Celebrity Sports Invitational event.

In 1995, Regis attended the release party for his autobiography I’m Only One Man!.

Regis flashed his smile for the camera at the Revlon Unforgettable Women Gala.

Kelly and her former cohost were an amazing pair on Live! They got along so well.

In 2011, Regis made an appearance on Jimmy Kimmel Live shortly after announcing his departure from Live with Regis and Kelly.

Regis on the set of the TV series Donny!, which is just one of the many roles he took on after leaving daytime TV four years prior.

Regis attended the New York premiere of Churchill at the Whitby Hotel.

The game show host and Joy looked so in love at the July 2018 screening of The Wife.

At age 88, Regis looked amazing. Here he is running errands in Los Angeles.