Yikes! Marie Osmond was sporting a new accessory during Monday’s episode of The Talk … a knee brace! Cohost Carrie Ann Inaba couldn’t help point out the iconic songstress’ bulky splint as they recalled the moment she “chipped off a piece” of her kneecap while recently performing during her Las Vegas residency. 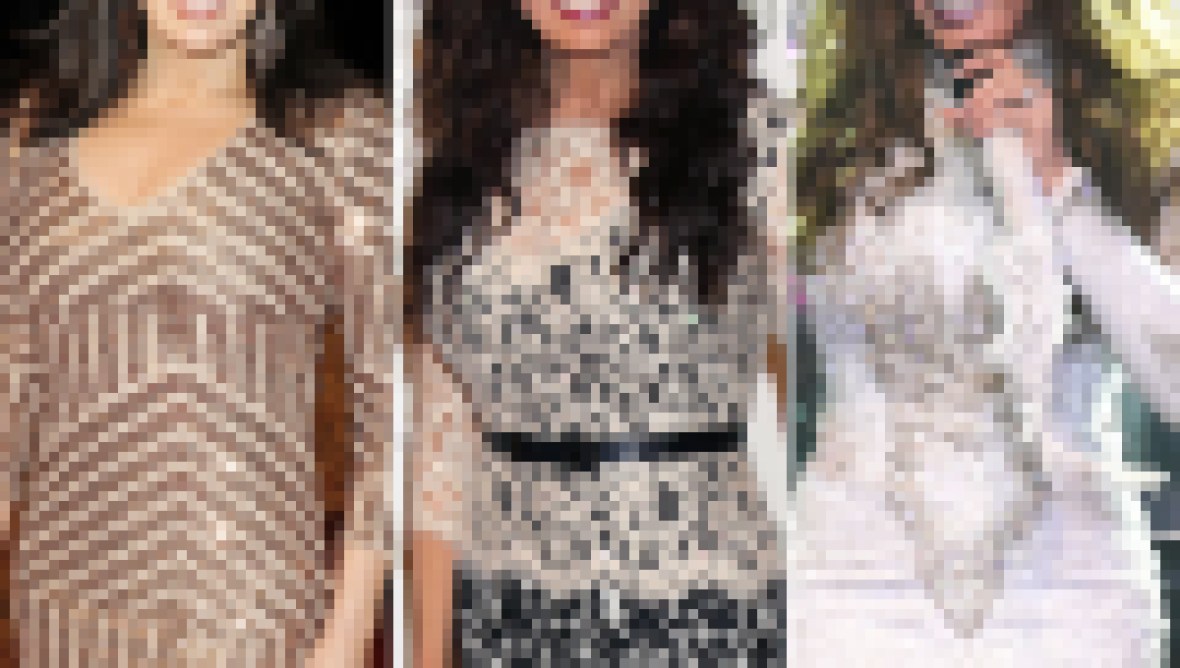 “Let’s get started with Marie taking a fall on the Las Vegas stage,” Carrie, 51, explained to the audience during the November 11 episode of the CBS talk show. “Marie is wearing a leg brace today because she injured her knee … it happened during her show on Thursday night — here, let’s take a look.”

In a video from Marie’s Thursday night performance at the Donny & Marie show, the 60-year-old beauty could be seen standing in front of the crowd heading to the back of the stage. As she just barely disappeared behind the curtain, the “Paper Roses” singer could be seen taking a tumble while wearing a massive ballgown.

“I can’t walk, I can’t walk. I think I broke my knee!” Marie said as brother Donny Osmond came to her rescue. “You did what?!” the concerned brother, 61, exclaimed. “Yeah, I think I broke it,” she replied. “I did it once before and I just did it a second time. So what do we do?” Marie continued before being taken off the stage.

Get to Know Every Member of Marie Osmond's Beautiful Family

After the clip ended, Marie seemed visibly upset by her onstage snafu. “Isn’t that stupid? It was so dumb,” she said as cohosts Carrie, Eve, Sheryl Underwood and guest host Brigitte Nielsen consoled the Hollywood star. “I’m fine.” Marie then assured fans that she wouldn’t be missing any shows despite her injury.

“For those of you who — this is the last week of shows at Flamingo,” she said, referring to the end of the brother-sister duo’s long-running residency, which was announced this past March. “And so those of you who bought tickets for the last week, I will be there,” she insisted. “Donny was so sweet, he said, ‘I can handle the last week.’ And I said, ‘I think they want to Donny and Marie.” LOL!

Although the trip didn’t look that bad, Marie actually sustained a pretty serious injury. “I chipped under my knee cap, I chipped off a piece, so I probably won’t be dancing a lot, but I can sing!” she explained, adding that she is kicking herself in the butt for being super clumsy ahead of the end of their Las Vegas residency. “I’m always OK, it’s just interesting that it would be so close together — I’ve never fallen before.”

Luckily, Marie learned her lesson and is making sure the avoidable injury won’t happen again. “I think maybe the knee was not as strong. I probably should’ve been wearing my brace,” she admitted. “But as I made that turn, my boots stuck on the floor and I wasn’t able to turn and I just went down.”

Donny and Marie Osmond Through the Years — See 12 Fun Facts You Might Not Know About Them!

The Dancing With the Stars alum — who has been performing alongside her brother for the last 11 years at the Flamingo Hotel and Resort in Sin City — even managed to look on the bright side. “I’m pretty black and blue, it’s really pretty,” she adorably joked. “Go to my social media, I’ll show you.”