Joan Lunden may have her hands full with her seven kids, but she never has to question whether or not she has enough love to share. The former Good Morning America star is the doting mother of her children, Jamie, Lindsay, Sarah, Kate, Max, Kimberly and Jack.

“It’s energizing to me,” she once told Closer Weekly of parenting her big family. “I’m a person who just has always taken on life at full speed. So I think that I was wise in my choice.” 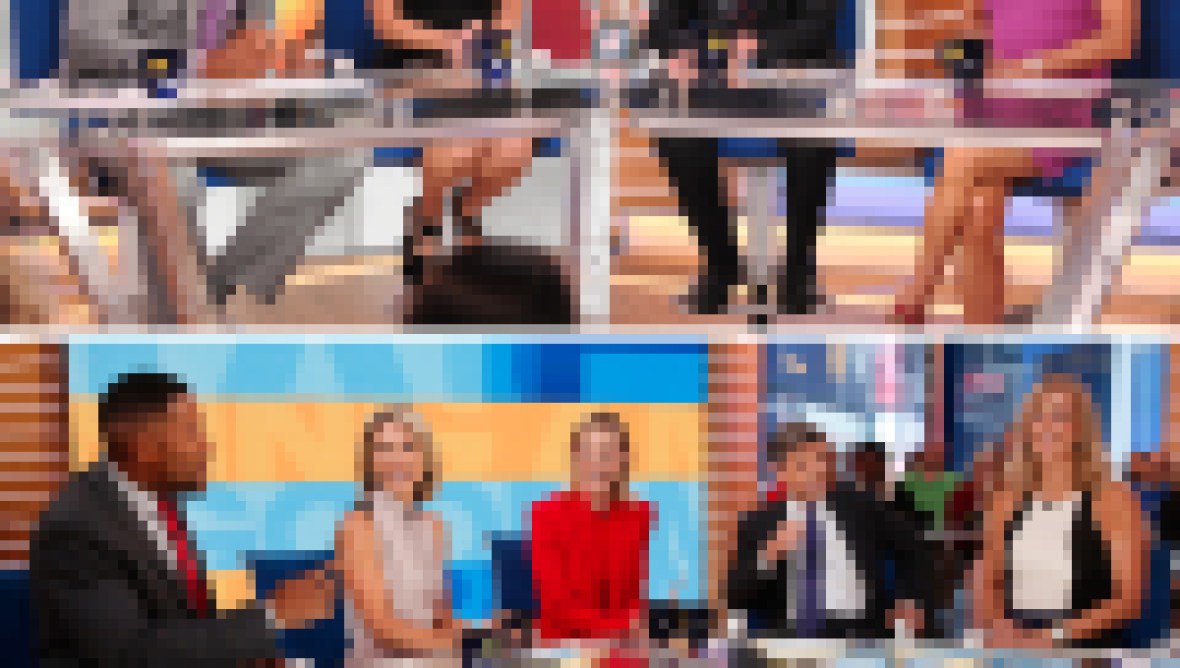 Joan became a mom for the first time when she welcomed her eldest daughter, Jamie, alongside then-husband Michael A. Krauss in 1980. The pair’s second child, Lindsay, was born in 1983, followed by daughter Sarah in 1987. The couple stayed together for five more years before divorcing in 1992.

The beloved journalist expanded her family during her second marriage with Jeff Konigsberg. The lovebirds, who tied the knot in 2000, became the doting mom and dad of twins Max and Kate in 2003. Less than two years later, they had the surprise of their life when they welcomed another set of twins, Kimberly and Jack, in 2005.

On social media, it’s pretty easy to catch a glimpse of the Why Did I Come into This Room? author spending quality time with her little ones. Joan enjoys grabbing dinner with her daughters, cheering her sons on at sports games and celebrating milestones with her whole brood.

As a mom, Joan is always making sure to look on the bright side of things. The former NBC star said this feeling intensified after she was diagnosed with breast cancer in 2014. Even though she’s been cancer-free for five years now, Joan is extra grateful for her beautiful children.

“I remember someone said, ‘You’re going to go in for breast cancer treatment one person, and you’re going to come out another,’ and they were absolutely right,” she exclusively told Closer in October 2020. “You have a better understanding of the true love and compassion and support that come from friends and family.”

Overall, the proud mama said her general outlook on life has completely changed. “I find myself driving along the road to my office and looking around, and there can be a slow driver in front of me, and instead of being irritated with him, I’m saying, ‘Man, are these trees beautiful!’ ” she shared. “I don’t know if I would have been in that [headspace] five years ago.”

Scroll through the gallery below to learn more about Joan’s kids!

Joan’s eldest daughter, Jamie, was born in July 1980. According to her Instagram, the brunette beauty is a TV host on QVC, where she sells Zuda Activewear. Jamie is also one of the hosts of the “Off the Gram” podcast.

As for her personal life, Jamie married her husband, George Hess, in 2013. Together, they share two sons, Mason and Asher.

The Had I Known author’s second daughter, Lindsay, arrived in 1983. The blonde bombshell followed in her mom’s footsteps as she pursued an acting career in Hollywood. According to IMDb, she voiced the character Plex in the children’s series Yo Gabba Gabba!

Lindsay is just as successful when it comes to her personal life. She married her husband, Evan Weinberg, on August 25, 2012, and they are the proud parents of one child.

Joan’s third child, Sarah, was born in 1987. Like her older sister, the celebrity kid also had aspirations to become an actress. She’s since appeared in 2019’s Theresa & Allison, 2017’s I, Witness and 2013’s A Crime to Remember.

Sarah is also a married woman. According to her Zola registry, she tied the knot with her wife, Stacy Shapiro, during a romantic wedding ceremony in Cancun, Mexico, in December 2018.

Joan and her longtime hubby, Jeff, welcomed their twins Max and Kate in June 2003. Years before their kiddos arrived, Joan and her love struggled to conceive children on their own. Fortunately, they were able to turn to surrogacy to welcome their son and daughter.

“I wasn’t ready to put my feet up and retire,” she once told ABC News of why she wanted more babies. “I still wanted that life where you’re running around chasing kids on bikes and riding bikes with them.”

Now that Max and Kate are no longer youngsters, Joan can’t believe how big her twins are. “[They are] growing into such respectful, confident and compassionate young adults,” she gushed on Instagram in June 2020.

Joan and Jeff’s second set of twins, Kim and Jack, made their debut in March 2005. Like Max and Kate, the duo enjoyed their experience with surrogacy so much that they asked their former surrogate to carry for them again.

Even though Joan is so grateful to the surrogate mother, she once revealed she was actually “reluctant to move on to surrogacy” because she wanted to give Jeff the full journey of a pregnancy.

“I was completely convinced that I could, wanted to, and felt like Jeff should have that experience of his wife being pregnant,” she told ABC News. “He’s the one who finally said, ‘I think that time is of the essence and that we should try another way.'”

Kim and Jack are now talented teenagers. At the time they graduated middle school in 2019, the What About Bob? actress praised her kiddos for the exciting accomplishment.

“I am so proud of my Kim and Jack who graduated middle school today,” she penned on Instagram. “OMG, we now officially have four kids in high school!”