Imagine falling in love with your teen idol…and marrying him! That’s what happened to Winnie Hung and former Eight Is Enough star Willie Aames. “I used to get thousands of letters and feel guilty, because there was always a picture of a girl and a phone number. So I called one — ‘Hi, this is Willie Aames’ — and she hung up on me!” Willie, 59, laughs to Closer Weekly in the magazine’s latest issue, on newsstands now. “I called back and we became pen pals for 30 years.” 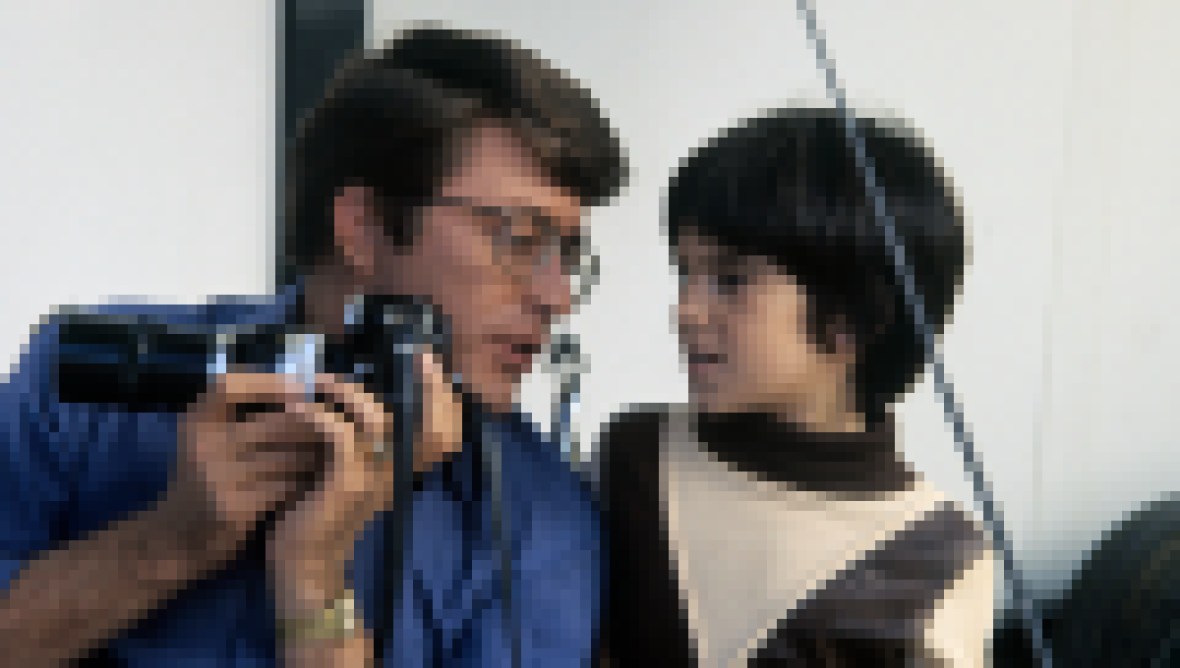 EXCLUSIVE: ‘Courtship of Eddie’s Father’ at 50: Bill Bixby and Others Look Back

During that time, the actor went from starring in hits like TV’s Charles in Charge and a detour into preaching to struggling with substance abuse, two divorces and homelessness. But through hard work and determination, Willie turned his life around. He became a cruise director, and when his ship sailed into Winnie’s city, they met and fell in love. On March 21, the couple will celebrate six happy years of marriage. Willie’s even written a screenplay about their love story and plans to make it a movie. And despite his “crash and burn” period some 12 years ago, the father of two (Christopher, 38, and Harleigh, 29) says: “I consider my life one of the greatest lives lived.”

Scroll down for more from our exclusive chat with Willie Aames!

You’ve been acting since the age of 9. What are your best early memories?

I was doing Medical Center with Chad Everett in 1971 and had just done The Courtship of Eddie’s Father with Bill Bixby. I heard them arguing over who discovered me first! It was really sweet. 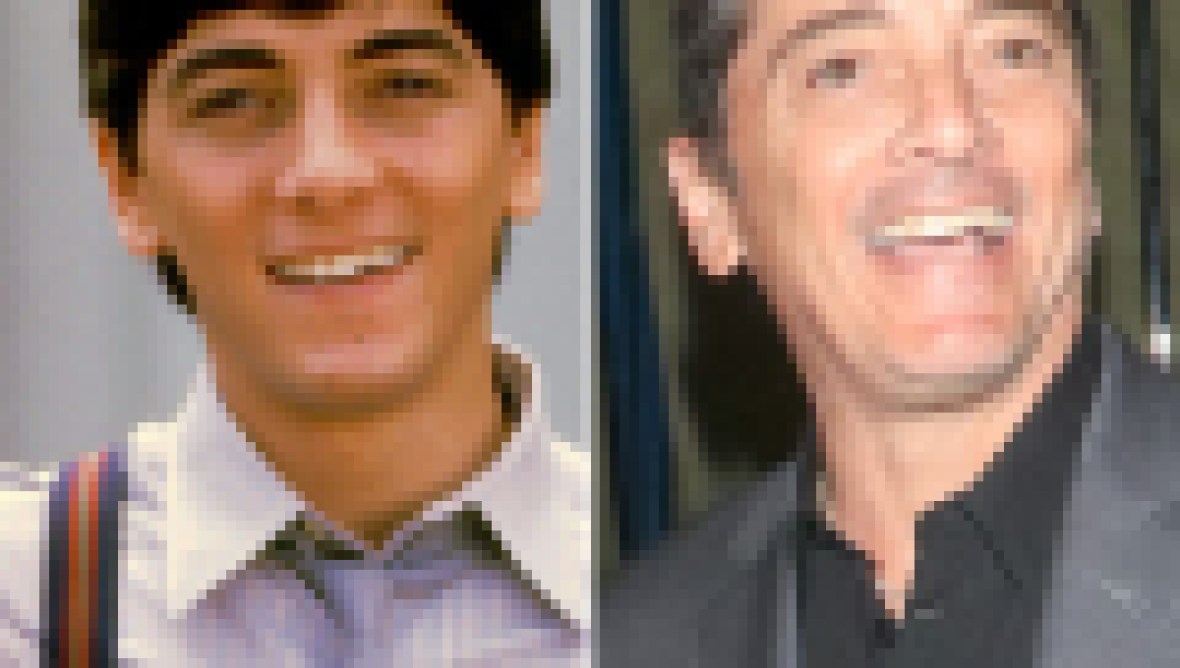 Whatever Happened to Scott Baio and the 'Charles in Charge' Cast?

Any funny stories from that time?

I was shooting The Family Nobody Wanted on Christmas Eve and had the makeup artist paint “Merry Christmas” on my ass. I mooned the camera and yelled, “Merry Christmas, everybody!” Shirley Jones said, “That is really cute.” Later, I’m walking at Universal and Alfred Hitchcock points at me. A half block later, John Wayne yells, “Get over here. You’re the kid that mooned the suits!” Then Tony Curtis said the same thing. The studio head had sent copies to all the offices. [Laughs]

At what point did you feel like a star?

On Eight Is Enough, no question. We laughed a lot. I was very confident, we did some great work and I adored working with Dick Van Patten and Grant Goodeve.

How about Charles in Charge?

I probably laughed harder than on almost any other show. There were constant pranks. I’d stand behind a door eating a raw onion, and when Scott [Baio] opened it, we were in front of a live audience, so there was nothing he could do. [Laughs]

How did you get started in the business?

I had no intention of becoming an actor, but my teacher’s boyfriend wanted to be an agent. He saw me doing little skits at school and asked my mom, “Can I introduce him to one?” She handled Jodie Foster, and two weeks later, she called. My dad said, “My son doesn’t have an agent. Absolutely not!” I begged to do it because I had three popular older siblings. He said, “We’ll give you three months.” Three weeks later, I got my first commercial, and then a show, The Young Rebels, with David Soul. 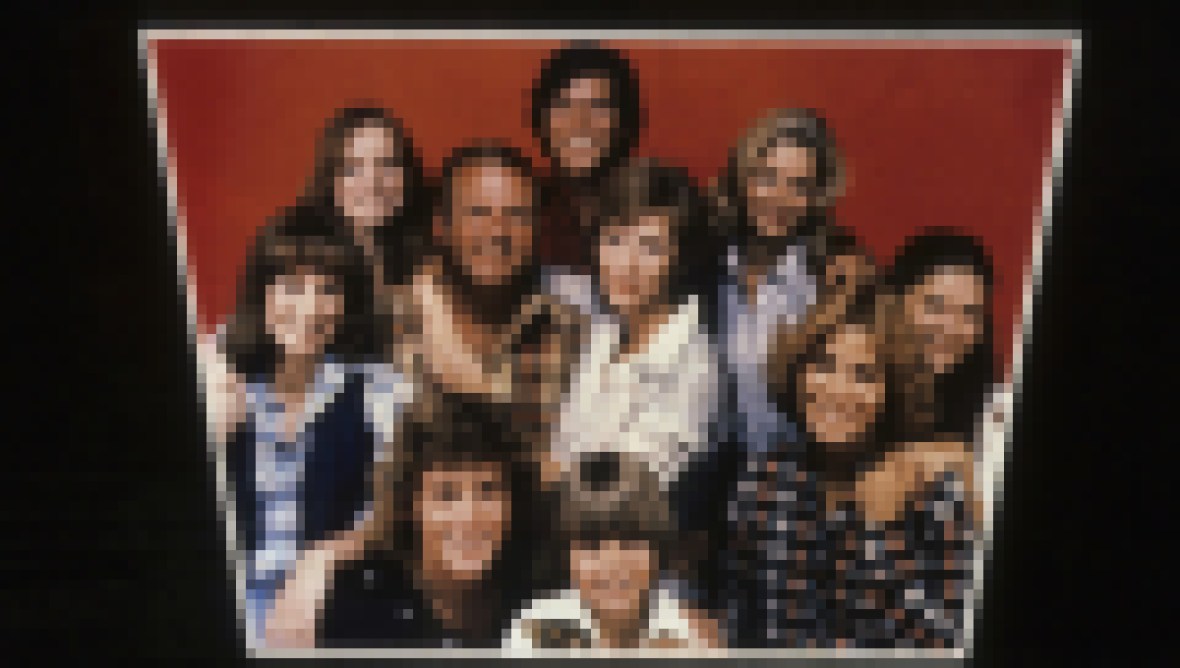 The 'Eight Is Enough' Cast Reunion — See the Show's Stars Then and Now!

Did you give Jodie Foster her first kiss?

I did, at a screen test. We wiped our mouths with the backs of our hands! [Laughs] We were supposed to do Tom Sawyer, but I took a jump on my bike, the front wheel flew off and I broke my jaw — it was wired shut for months.

Ouch. You were a musician, too?

I started playing in bands when I was 12 or 13. Once Eight Is Enough hit, I remember playing to 10 to 15,000 screaming girls and thinking, “I’m not that good.” A lot of the teen idol thing was embarrassing and surreal. I look back and go, “You were ripped,” but I was so self-conscious of my body. I got my first big tattoos to squash the network from having me take my shirt off on Eight Is Enough and the reunions. I didn’t like being manipulated.

To get married so early was a decision of defiance — you don’t want to treat me [right], I’ll start my own family. I don’t really talk about [Maylo] out of respect for my wife, Winnie.

You’ve talked about being molested when you were 11 and tough times in the 2000s. How did you get on your feet?

The crash-and-burn period was a buildup of a lot of things. It’s taken me nearly 12 years to bounce back. I was homeless, and at one point I nearly gave up. I was almost 50 and wasn’t a husband, celebrity, executive, rock star or preacher anymore. I had $10, but I woke up one night in the bushes and said, “I still have a mind. I’m going to start over.”

Did you have any support?

One of my best friends is my son. He’s one of the few people who didn’t give up on me. He’s a brilliant composer. We talk three times and text 10 times a day.

How did you turn things around?

Any action is better than no action, and I started stringing together little wins. I borrowed money to get back to Kansas, where I was squatting in my foreclosed home, and saw the Dish Network was hiring installers for $8.60 an hour — but they wouldn’t hire me because I was too famous! I had to get special permission from the corporate office. Then I took the job as a pingpong and shuffleboard boy, bathroom monitor and library cleaner on a cruise ship. Within about six months, I worked my way up to cruise director.

Great! How did you reunite with Winnie?

We never met, and we’d lose track of each other at times. One day I got a LinkedIn request from her that said, “Just checking to see if you’re OK.” She became my closest confidante. She’d stayed single her whole life and said, “We’ll never cross that line — you’re just a friend.”

How did that change?

She said, “Do your ships ever come to Vancouver [Canada]?” I’d never been on one, but I looked at my schedule and said, “I’m not only going to be there, I’m going to sign off to go to France to catch my next ship. After 30 years, I at least owe you a dinner and I’ll give you a tour.” When I saw her, I literally could not breathe. My knees started to go weak. We had the most amazing evening. It was like we knew each other our whole lives — because we did! I asked her to meet me at the airport. I walked up to her and said, “I’m going to marry you.” We sailed together for a year. Later, her sister said, “She’s been waiting 30 years for you.”

Wonderful! What’s next for you?

I’ve just signed to write, produce and direct a series on the history of Hollywood, but the only thing I really want is to hold Winnie’s hand and walk along the water. I’m a very grateful man.

Lee Greenwood Reflects on His ‘Wonderful’ Life With Wife Kimberly

Prince Harry and Meghan Markle 'Made Sure' to 'Baby-Proof' L.A. Home

Prince Harry and Meghan Markle Are 'Self-Isolating' in L.A.

Prince Charles Is 'Doing OK' After Testing Positive for Coronavirus

William and Kate Are Doing ‘Something Smaller’ for Louis’ Birthday