Sophia Loren‘s two sons, Carlo Ponti Jr. and Edoardo Ponti, followed in their mom’s famous footsteps, so it’s no surprise there are so many cute photos of the iconic actress and her children. Over the years, the Two Women star made memories with her sons during red carpet events and family vacations.

From the moment Sophia became the loving mom of her two children, everything changed. The Marriage Italian Style actress said she always knew she wanted to experience motherhood even before she and her husband, Carlo Ponti, started their family. 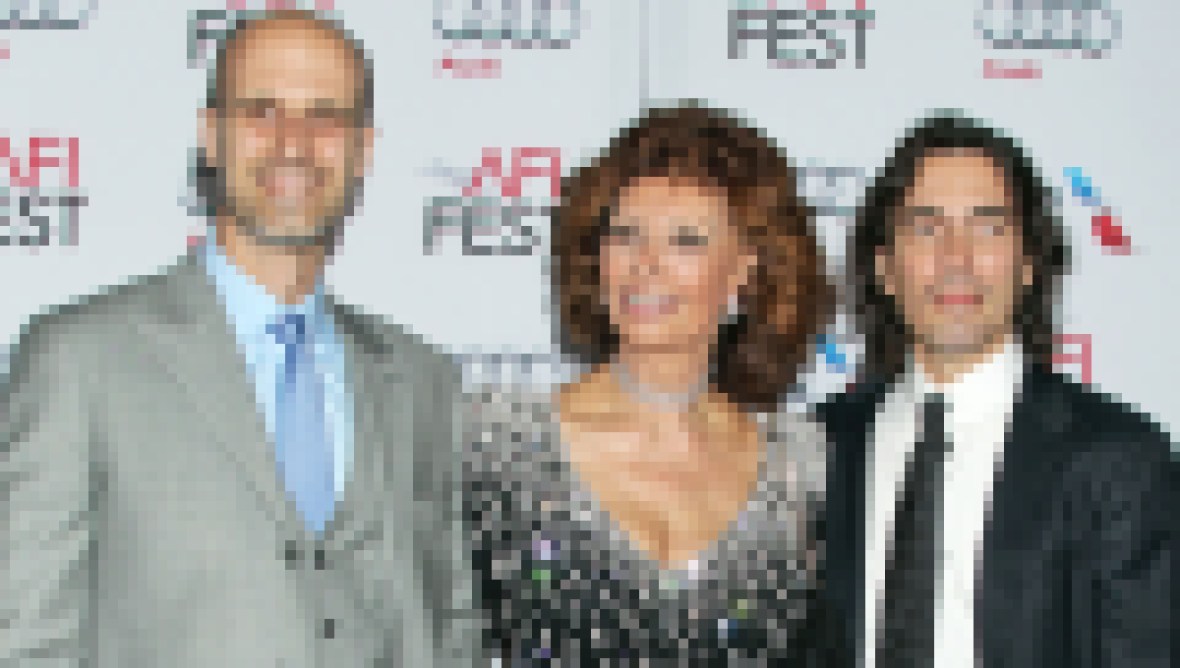 “By the time I reached the age of 29, my desire to have children had become an obsession,” she wrote in her 2014 memoir, Yesterday, Today, Tomorrow: My Life. “I simply loved children.”

The Italian movie star recalled how she would “befriend the child actors” on the sets of her TV shows or films because she enjoyed being looked at by them as sort of a mother figure. “[I’d] stay in touch with them long after shooting had finished,” she penned.

In December 1969, Sophia and her late spouse’s eldest child together, Carlo Jr., made his arrival. Less than four years later in January 1973, the pair — who were together for over 41 years before Carlo’s death in 2007 — welcomed their youngest son, Edoardo.

At the time she started her family with her longtime love, any “concern for [her] career evaporated,” Sophia wrote in her 1984 book, Women And Beauty. “Nothing mattered to me but my baby.”

The Yesterday, Today and Tomorrow actress would’ve “given up” her Hollywood career “if necessary,” she sweetly insisted. “If this means I am not modern, then I am not modern. I believe an infant needs to be with its mother as much as possible.”

Even though her kids are all grown up now and have created their own successful lives, it’s not often for her beloved sons to slip her mind. “When you are a mother, you are never really alone in your thoughts,” Sophia has marveled. “You are connected to your child and to all those who touch your lives. A mother always has to think twice, once for herself and once for her child.”

Scroll through the gallery below to see Sophia’s cutest photos with Carlo Jr. and Edoardo over the years!

Sophia held little Carlo Jr. in her arms during an outing in Rome, Italy, in March 1970.

Sophia and Carlo Jr. attended a red carpet event in 1993. The Houseboat star looked incredible in a black lace top and a red pantsuit, while her son sported a black blazer, dress pants and white button-up.

Sophia gave Edoardo a kiss on the cheek while out and about together in 1998.

The Academy Award winner pulled Edoardo in for a hug as their film Between Strangers premiered at the 59th Venice Film Festival in 2002.

Sophia supported her eldest son, who is a music conductor, at the Russian National Orchestra’s 15th Anniversary Gala in 2006.

The proud mama and her handsome son Edoardo walked the red carpet at the 16th Annual SAG Awards in 2010.

Sophia grabbed dinner with her sons in Italy in May 2010.

The In the Kitchen with Love author was joined by Edoardo, his wife, Sasha Alexander, and the couple’s two kids at the premiere of Soul Survivors in 2014.

Sophia and Edoardo walked hand-in-hand while arriving at an event in 2014.

Sophia gave Carlo Jr. a sweet smooch during an outing at the European Cultural Award in Vienna, Austria, in 2019.