Larry King was an expert when it comes to walking down the aisle. The late iconic TV host has been married eight times throughout his life to his seven ex-wives, including Shawn Southwick, Julie Alexander, Sharon Lepore and more. Even though it didn’t work out with any of his former loves, Larry learned a lot about marriage and relationships.

The Larry King Live star’s first union was with his high school sweetheart, Freda Miller, whom he married at age 18 in 1952. However, they went their separate ways the following year. In 1961, Larry tied the knot with his second spouse, Annette Kaye, but their marriage didn’t last long as he moved on with Alene Akins later that year. The couple split after two years in 1963, but this wouldn’t be the end of Larry and Alene’s romance. 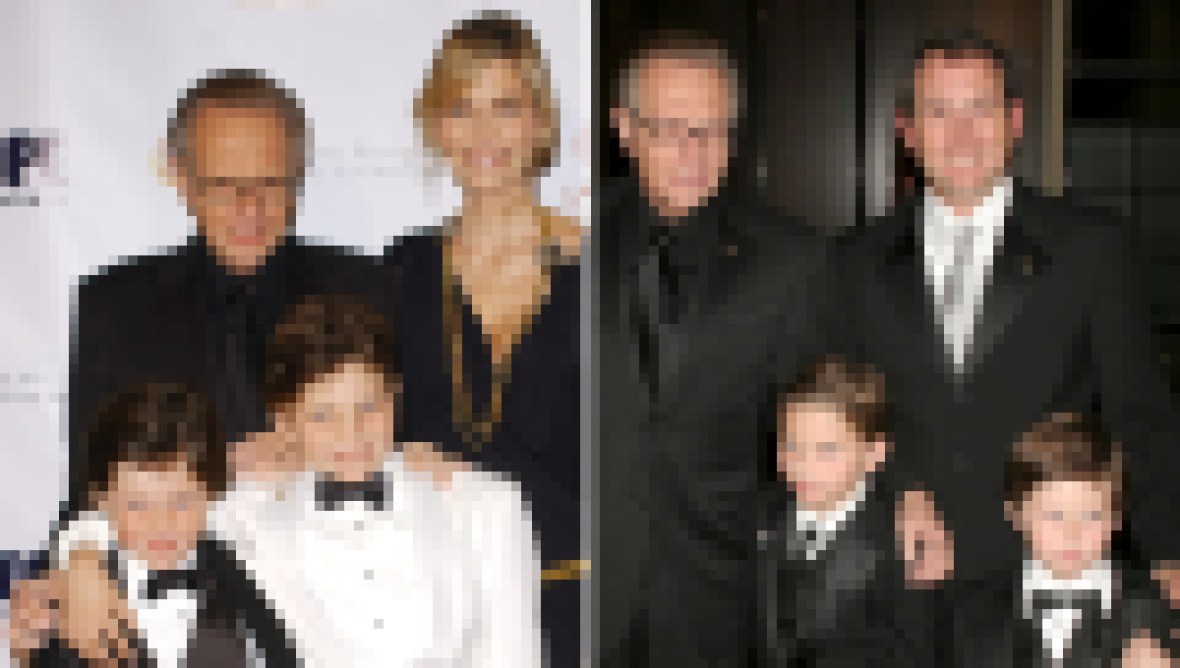 The Emmy Award winner said “I do” for the fourth time with Mickey Sutphin in 1964, but like his previous relationships, they ended in divorce in 1967. In 1968, he remarried Alene, but they ultimately split for the second and final time in 1971.

Larry enjoyed his life as a bachelor for a few years, but by 1976, he walked down the aisle with Sharon. The twosome enjoyed six years of wedded bliss before ending their romance in 1983.

After six marriages and five wives, Larry didn’t give up on trying to find his one true love. In 1989, he exchanged vows with Julie, but they also called it quits after three years together in 1992. This opened the door to his eighth union with Shawn, whom he was married to for 22 years. The Shrek voice actor and the actress wed in 1997, but Larry filed for divorce in August 2019.

While chatting with People in 2020, Larry got candid about the end of their love story. Even though their separation was “of course, difficult,” he didn’t want to spend his later years in an unhappy marriage.

“I thought a lot about what I wanted the rest of my life to be,” he explained. “When there are moments of unhappiness in a marriage, you can overcome it at 40, but at my age, it became a lot. I wanted to be happy. There is nothing worse than arguing.”

Unfortunately, Larry died on January 23, 2021, after being hospitalized for COVID-19 earlier that month. “With profound sadness, Ora Media announces the death of our co-founder, host, and friend Larry King, who passed away this morning at age 87 at Cedars-Sinai Medical Center in Los Angeles,” King’s official Twitter announced.

Scroll through the gallery below to learn more about Larry’s ex-wives.

Larry met Freda at the time they went to high school together. The young lovebirds tied the knot in 1952, but their marriage was annulled the following year. According to NY Daily News, their parents didn’t approve of their relationship.

During his second marriage with Annette, Larry and his spouse welcomed the star’s first child, son Larry King Jr.. However, they split just months after Larry Jr.’s birth in 1961.

Also in 1961, Larry married his third wife, Alene. The following year, the radio star and Alene welcomed their son, Andy King, in 1962, but they split for the first time in 1963.

Mickey is Larry’s fourth wife, whom he married in 1964. During their four-year marriage, the pair welcomed the actor’s daughter Kelly King. According to reports, Mickey filed for divorce in 1967.

Larry gave love with Alene another shot when they tied the knot for the second time in 1968. The following year, the two welcomed their daughter Chaia King, but they split once again in 1971.

Sadly, Alene died in February 2017, and the couple’s two kids also died within one month of each other in 2020. Their eldest, Andy, died in July, followed by daughter Chaia in August.

The famous spokesman settled down with Sharon, who was a production assistant and former math teacher at the time. Their relationship ended after six years.

When Larry met Julie, a businesswoman, in 1989, he knew he had to make her his sixth wife. The two married later that year, but they separated shortly after in 1990. Their divorce was finalized two years later in 1992.

Larry walked down the aisle for the final time with his seventh spouse, Shawn in 1997. In the early years of their marriage, the couple became the parents of their two kids, Chance King and Cannon King.

Even though Larry’s relationship with Shawn was his longest, it didn’t turn out to be his strongest. In August 2019, he filed for divorce and cited irreconcilable differences for the reason.