On Sunday, February 16, the former soccer player, 44, was seen sitting front row with three of the happy pair’s children — sons Romeo, 17, and Cruz 14, and daughter Harper, 8. Not in attendance was their eldest child, Brooklyn, 20. The couple’s youngest child even took a seat on her famous dad’s lap, as the bunch took in the sights and sounds of the show. 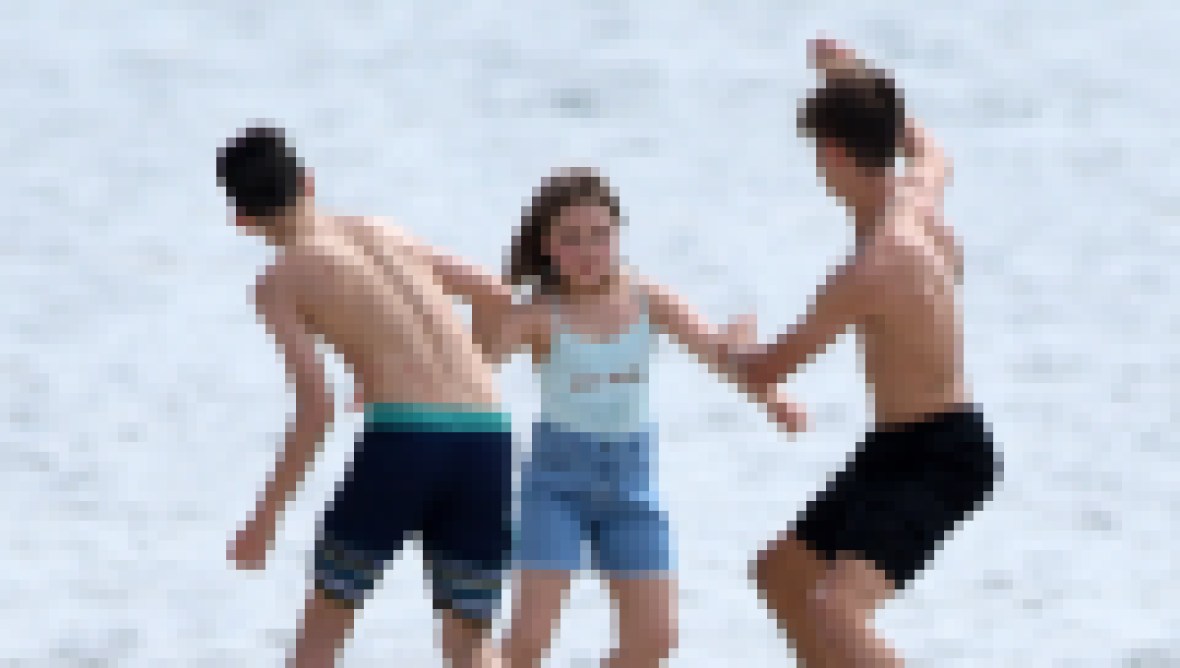 These weren’t the only family members that the former Spice Girls member had in her corner — her mom, Jackie Adams, also showed up to root for her daughter.

The athlete and the fashion designer, 45, tied the knot in 1999, and have always done everything in their power to keep their strong connection — so it should come as no surprise that David made sure to see Victoria in her big shining moment.

“We both realize that we are stronger together than we are as individuals. Would either of us be in the position that we are in now had we not met and been together all those years ago?” Victoria once said during an interview with British Vogue. “It’s all about the family unit. We are much stronger the six of us, than we would be if we were individuals. We respect that family bond and that is key.” This isn’t the first time that the successful businesswoman has gushed about the love of her life.

“It is difficult to maintain it all in terms of being a wife, mother and businesswoman leading a brand. But I have a great team and I have a husband who is incredibly supportive,” Victoria admitted to Vogue Australia in a past interview. “We support each other, and this is about being good partners. My children are all very happy and that’s the most crucial thing.”

It’s always great to see the love that this family has!

Now scroll on down to see more of David having a blast with his children at Victoria’s show!

The famous family were all dressed incredibly fashionable to see Victoria do her thing!

It’s clear they were all about being there to lend their support.

As for Victoria, she of course looked great in a white blouse, which she matched with a pair of high-waisted black trousers. She added some heels to complete the look!

Victoria made sure to add some red lipstick to really have a bit of pop!