Not long after Queen Elizabeth II came to the British throne in 1952 at age 25, she met privately with her prime minister, the legendary Winston Churchill. “I could not hear what they talked about, but it was punctuated by peals of laughter,” recalled the queen’s private secretary, Sir “Tommy” Lascelles in Elizabeth The Queen: The Life of a Modern Monarch. “Winston came out wiping his eyes.” As for Elizabeth, she found a quiet place to sit and write about their historical (and apparently hysterical) meeting in her secret diary.

Throughout her 68-year rule, Elizabeth, 94, has recorded her impressions of all she’s seen and the many people she’s met, from heads of state to movie stars, in her diary. “Every night before going to sleep, she’ll put pen to paper and write about her inner feelings,” a royal insider tells the latest issue of Closer, on newsstands now. That includes her thoughts about Prince Charles and Princess Diana’s divorce, her grandsons William and Harry’s marriages, and much more.

A Royal Prankster! See Prince George’s Most LOL-Worthy Photos Through the Years

“Her diary is deemed almost as valuable as the crown jewels,” says the insider, who reveals where it’s kept, what’s inside and the one person who’s read it. Naturally, the queen is protective of the diary, which is kept in a locked black leather case and accompanies her everywhere. When at Buckingham Palace, she “keeps her diary in a vault only she has access to,” informs the insider. She’s even gone so far as to have aides destroy the blotting paper she’s used to dab the ink so that no one can try to read it.

“Aside from Prince Philip, no one has read Queen Elizabeth’s diary,” the insider says, “and even he has only seen a few extracts.” Still, according to the source, the queen has likely written about how “starstruck” she was when she met Marilyn Monroe, who was “even prettier in the flesh” than in her movies. She also wrote about feeling “awkward and embarrassed” when meeting Elizabeth Taylor in 1976, because the queen’s sister, Margaret, had flirted with Taylor’s husband Richard Burton, sparking an argument between Margaret and the Cleopatra star!

Celebrities aside, pages of the queen’s diary have been filled with musings about her troubled family, especially Princess Diana, whom she believed “was the perfect suitor for Charles,” the insider reveals. “She has likely written about her private meetings with Diana  and how her efforts to guide her as the queen consort backfired when the princess began to rebel.” 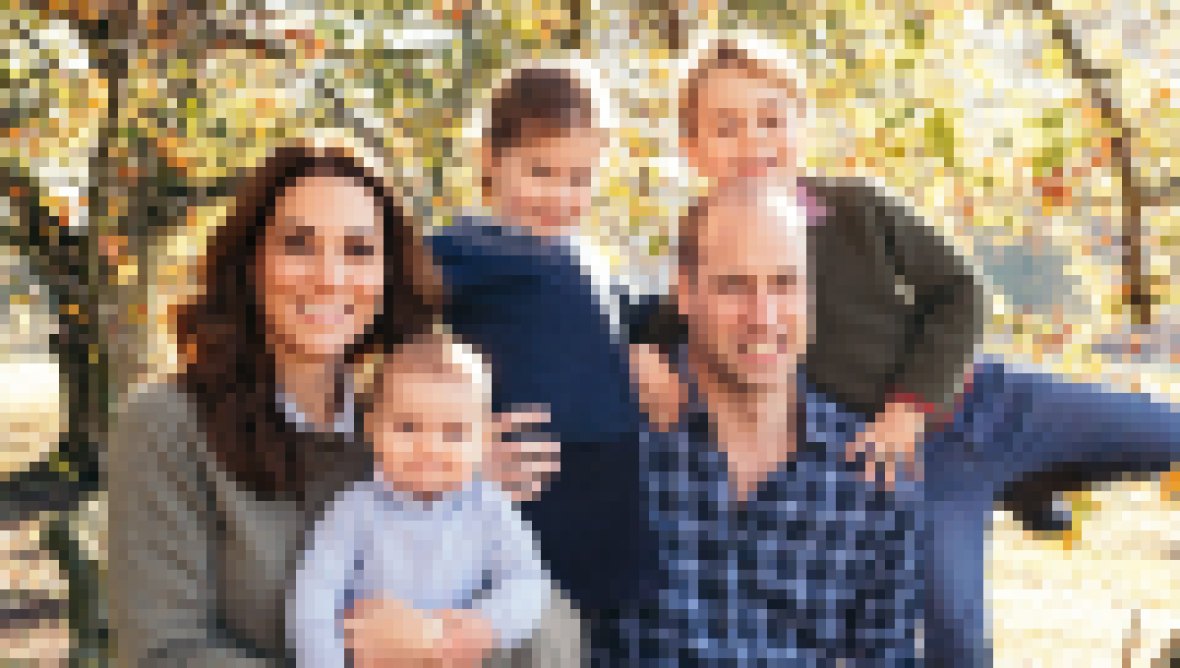 Prince William Has So Many Cute Moments With Kids George, Charlotte and Louis — See Them All!

The queen’s regrets about Diana made her hesitant to trust Prince William’s bride, Kate Middleton. “She became cautious about outsiders marrying into the royal family,” says the source. “It took time for her to warm to Kate, and it’s very probable that she’s made notes  about  this.”

And though she was happy to see Harry settle down with Meghan Markle, the queen has also written about her pain when Harry and his wife broke with the royal family. “She felt betrayed,” the insider says, and “incredibly concerned” about her beloved grandson’s well-being after moving to Los Angeles.

What the queen really thinks, however, we will probably never know. “People would pay millions to get their hands on her diary, but it’ll never happen,” the insider insists to Closer. Instead, with her steadfast belief in discretion, it will remain her own private refuge. For years, the insider explains, “Queen Elizabeth found comfort in expressing herself in her diary. And she still does.”