He’s only 1 year old but Prince Louis already knows how to use his words to get mom Duchess Kate‘s attention! Kate revealed her son has already started talking when she visited Peterley Manor Farm in Buckinghamshire, England, on Wednesday, December 4, as the new royal patron of Family Action. 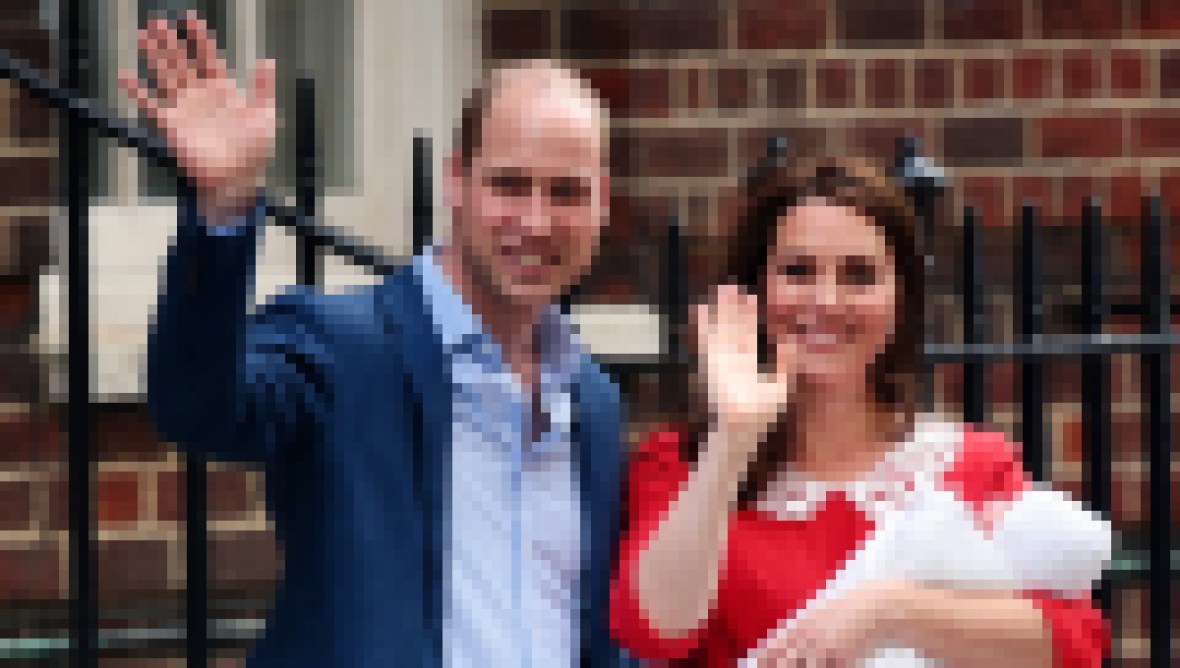 Once Kate arrived, a little boy tried his hardest to speak with her by raising his hand and saying “Me, me!” That cute gesture was enough to make the 37-year-old royal think about her baby boy at home.

“You remind me of my little Louis, he keeps saying, ‘Me, me, me,’ and he wants to come everywhere with me,” she gushed to the child while gently brushing his cheek. A few royal reporters at the scene even saw the Duchess of Cambridge engage in conversation with another cute kid named Aleigh.

“She said my hair was nice and said, ‘How did you do it?'” the young girl recalled, according to Entertainment Tonight. “I said I put lots of plaits [braids] in it and she said she might try it tonight.”

What an adorable hairstyle! Princess Charlotte might even be rocking the same look when it’s time for the British royal family to spend Christmas at Queen Elizabeth‘s Sandringham estate. Since the holiday is right around the corner, the 4-year-old royal and her big brother, Prince George, already know what they’re going to ask Santa for this year.

Duchess Kate and Prince William Are the Proud Parents of 3 Kids! Meet Them

“Charlotte takes after [Queen] Elizabeth and is obsessed with horses. She’s asked for a pony, but might have to wait until next year because [Prince] William thinks she’s too young,” an insider recently shared to Closer Weekly. “They’ve bought her a toy riding center, which comes with all the accessories and a children’s karaoke machine!”

Charlotte isn’t the only one who’ll have a merry Christmas. George, 6, will also be excited to see what Santa got him this year.

“George is really into tennis and has asked for a new racket and a football table,” the source revealed. “And they’ll both be receiving children’s cookery sets because they love making a mess in the kitchen!” So cool!