Engelbert Humperdinck has sold billions of copies of his hit songs, but nothing makes the singer happier than his four kids. The “Release Me” performer is the proud dad of his adult children, Bradley Dorsey, Jason Dorsey, Scott Dorsey and Louise Dorsey.

Engelbert shares his beautiful family with his longtime wife, Patricia Healey. The “Spanish Eyes” singer and the White Bus actress first crossed paths in 1953 but waited over a decade to tie the knot. After marrying Patricia in 1964, the two welcomed their kids. 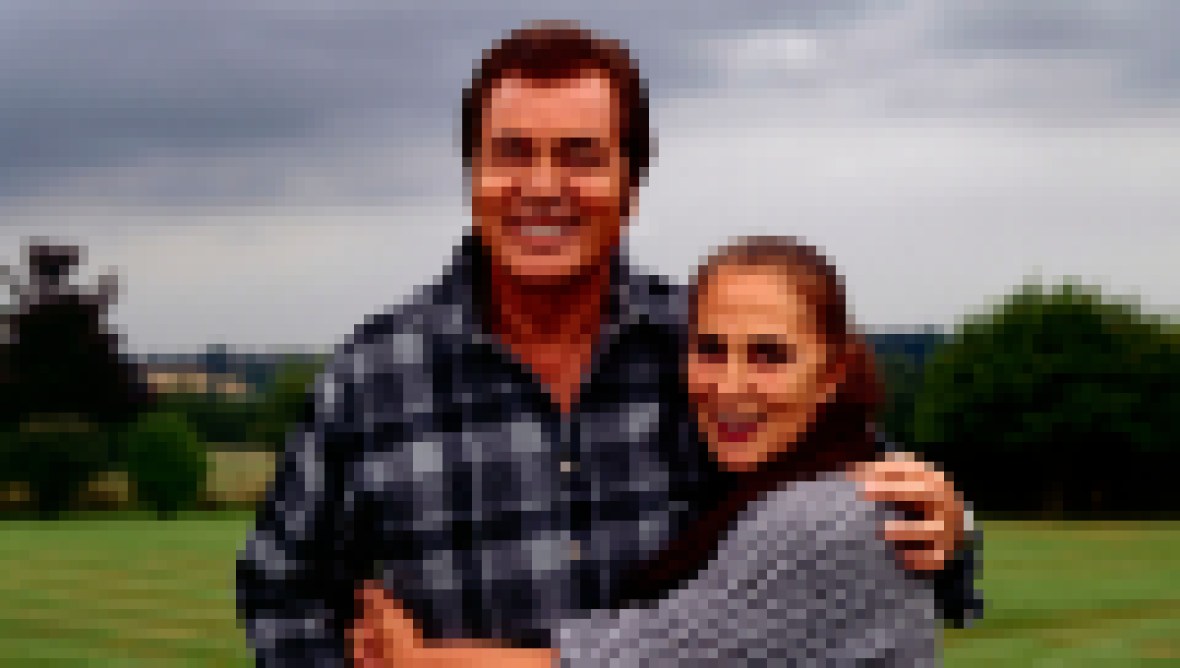 Around the time Engelbert became a father, his Hollywood career was also bigger than ever. The “Love Me With All Your Heart” crooner opened up to Closer Weekly about what it was like juggling his showbiz career with his new role of being a dad.

“That was a very hot time in my life. My traveling schedule was outrageous. One time I did 80 concerts in a row!” he explained in early September. “It was hard. My four children were tiny.”

Because Engelbert was performing “around 300 shows a year” at the time, he “never got to see very much” of Brad, Jason, Scott and Louise when they were growing up. Fortunately, he had the undying support of his incredible spouse.

“My wife did a great job of raising them,” he said of Patricia. “She would always put a little threat on: ‘If you keep this up, I’ll tell your father when he comes home!’ But I wasn’t that strict.”

Now that his kiddos are older, Engelbert can’t believe how much Brad, Jason, Scott and Louise have grown up. “We have four lovely children,” he gushed to Closer. “Our girl lives in Nashville, one son lives in Australia, another lives in Arkansas and another one lives with me over here.”

Aside from being a doting dad, the “Last Waltz” entertainer is also the loving grandfather to his eight grandchildren. While chatting with Closer, Engelbert revealed his one granddaughter Olivia is already showing a promising future as a singer.

“[Olivia] did a [2017] duet with me, ‘I’m Glad I Danced With You,’ and she was only 9 years old at the time!” he marveled. “And today, I would say she’s in the category of a Whitney Houston. I’m not prejudiced, I’m just telling you the truth. She’s got those kinds of pipes.”

Engelbert is always beaming with pride when talking about his family.

Scroll through the gallery below to meet the music icon’s four children!

Like his dad, Bradley is a talented singer. He grew up in the U.K., where he studied at Charles Keene College.

Aside from performing duets together many times throughout the years, Brad also served as the former artist and prop master for Engelbert Humperdinck Productions International. According to his Facebook, he is a dad, currently lives in Los Angeles and is now self-employed.

Sadly, there isn’t much information at all about Engelbert’s son Jason. Although not much is known about the singer’s child, Engelbert has confirmed many times that he’s the dad of four children. “A daughter and three sons,” he once said, the Independent reported.

Though he was born in the U.K., Engelbert’s son Scott now lives in Australia. According to his Facebook, he studied at Stowe School in England before moving to Byron Bay. Nowadays, he’s the owner and founder of Dorsey Productions. Scott also runs Lucky Boy Analogue Recording Studios.

Louise is the only daughter of the iconic music star. While Engelbert pursued a life as a singer, his little girl tested out her talents as an actress. According to IMDb, she appeared in 1984’s The Ratings Game, 1987’s Jem and 1987’s Murder, She Wrote.

Although Louise didn’t end up paving a career in Hollywood, she did become quite successful. According to her Facebook, she lives in Nashville and works as a communication liaison at her dad’s company. She’s also an executive district manager and independent consultant at Arbonne, a skincare and cosmetics line.