Unlike his TV alter egos, Robert Young didn’t always know best. He was a psycho-logically complex man who made mistakes and battled private demons, unbeknownst to the generations of fans who grew up looking at him as the ideal father figure. “I wasn’t Jim Anderson, but it was hard for the public to accept that,” he said, citing his reassuring role on the 1954–’60 hit Father Knows Best (now on Hulu). “It got to be a pain in the ass.” 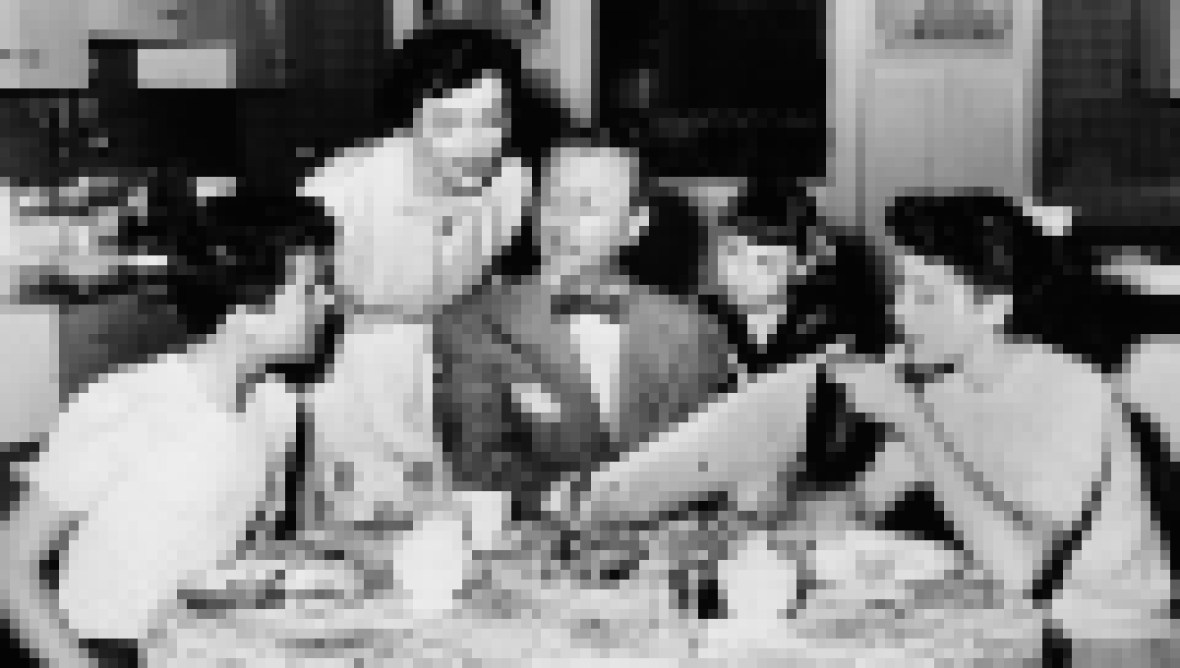 Here's What Happened to the Cast of 'Father Knows Best'

And that condition couldn’t even be cured by Marcus Welby, M.D. — Robert’s other classic small-screen character, on the 1969–’76 drama. As the actor struggled with depression and alcoholism, “it was very difficult,” his eldest daughter, Carol Proffitt, exclusively tells Closer Weekly in the magazine’s latest issue, on newsstands now. “People were not open about it then because they put such a stigma on it.”

Ultimately, Robert went public with his issues and found inner peace. “Daddy realized a lot could be learned through his being open and showing you can get through these things,” Proffitt says. “But it takes help and you shouldn’t be scared to have the help you need. After that, things were better.”  But getting there wasn’t easy.

Born in Chicago to an Irish-immigrant laborer father, Robert moved with his family to California, where he discovered acting in high school. That’s also where he met Betty Henderson, who would become his wife of 61 years and the mother of his four daughters. “They had great respect for each other,” says Proffitt. “And Mother accepted the fact that Daddy’s career was the center of everything.”

Robert and Betty had some famous friends — Lucille Ball and Desi Arnaz came over to play poker once a week. But Proffitt says her parents “really weren’t on the Hollywood scene a lot — they were more family-oriented. Dad wanted to be home every Friday night for dinner and a movie.”

Although he appeared in more than 100 films between 1931 and 1952, he usually played supporting roles and constantly worried about his family’s financial future. “I was always failing,” he recalled. “I was always going broke. I’d come home and say, ‘This is it! I’m an outcast. I’m washed up.’”

His fortunes changed with Father Knows Best, but success didn’t quiet Robert’s internal fears. “I was full of terror and fright,” he said. “I drank to escape reality.” He attended Alcoholics Anonymous meetings, but the contrast with his public persona caused him pain. “It’s upsetting to go counter to the image,” he said. “To play a stead- fast, happy person when you’re not gives you a sense of guilt.”

Robert played another one of those happy people on Marcus Welby, M.D., but behind the scenes he clashed with sidekick James Brolin. “At times, James thought he should be the star,” Proffitt says. “Daddy informed him that he wasn’t.”

In his later years, Robert still slipped into dark moods. After a drunken relapse, he attempted suicide in 1991. “Daddy did learn from it,” says Proffitt. “He was more appreciative of life and knew how important his family was.”

Robert died at 91 in 1998, four years after losing Betty, but he left behind a legacy of helping others through the Robert Young Center for patients with substance-abuse and mental-health problems. “Some people didn’t understand him,” says Proffitt. “But Daddy was a very thoughtful, caring person.”