What a friendship! Patrick Stewart and Ian McKellen have not shied away from the fact that they are super close pals — and they showed that off again when they shared a sweet kiss while on the red carpet.

The famous starts attended the London premiere of CBS All Access’ new reboot Star Trek: Pichard. It’s quite the big deal, as Patrick, 79, will be returning to his iconic role of Captain Picard for the first time in almost two decades. And that was of course a cause for celebration, as Ian, 80, did everything to make his friend feel great about the moment.

The Lord of the Rings star looked very classy at the event, as he wore a gray plaid coat over an all-black outfit. He matched it all with a blue scarf and a bowler hat. On the other hand, Patrick also sported a similar coat, over a black dress shirt. Very spiffy!

While the pals will always be in each other’s corner, Patrick did recently revealed that the Oscar nominee warned him about reprising his Star Trek role a second time around. “It became very public knowledge at our premiere, Ian McKellan, I told him I’d been offered the role and he warned me not to take the job because it would be damaging for my career in London theatre,” the Logan costar explained while on the U.K. daytime talk show This Morning.

“He [Ian] and I were very naive about Hollywood series, I didn’t realize I was signing on for six years,” Patrick continued. “Everyone said you couldn’t revive and we’re be lucky to make it through the first season. … I was told to come to Hollywood have some fun and get a suntan.” However, Patrick wasn’t quick to grab the role again, and needed some convincing. 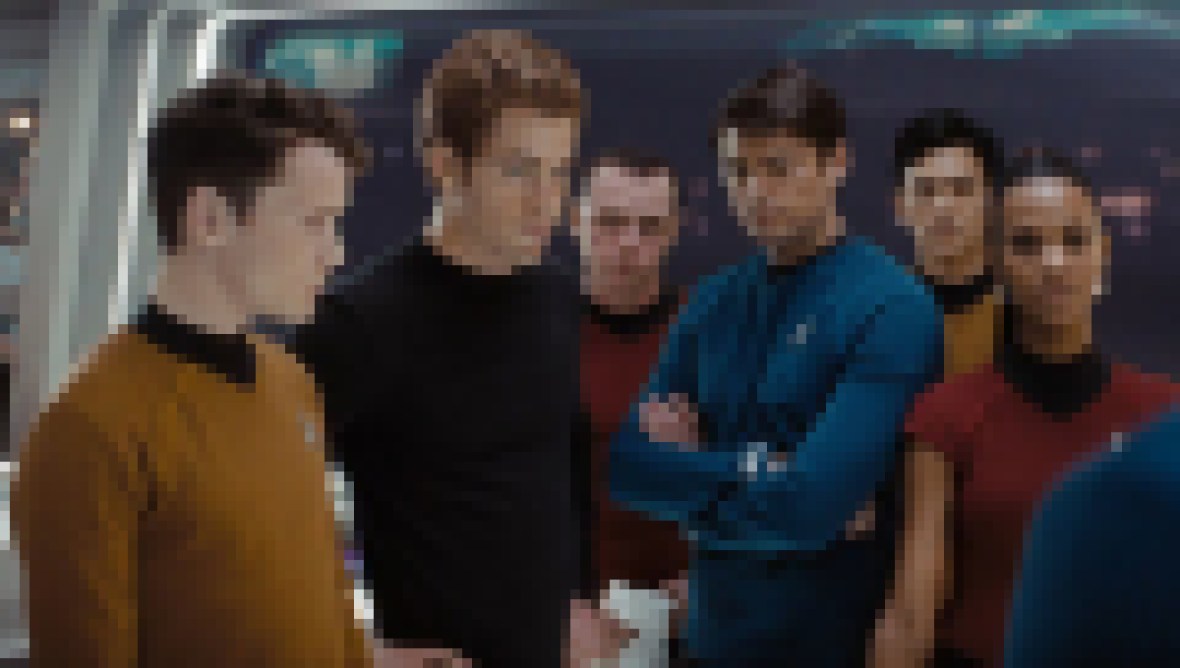 Exclusive: The 'Star Trek' Reboot Celebrates Its 10th Anniversary: Take a Look Back at Why Each Actor Was Cast

“I actually passed and turned it down, but that was two years ago but I met again,” he revealed. “We have the smartest group of writers and listening to them pitching Picard’s story line with a different universe got my attention so fiercely.”

Scroll on down to see Patrick and Ian having a grand old time!

The famous duo made sure to get a peck in while on the red carpet!

In fact, the Good Liar costar even decided to get down on one knee and propose to his longtime buddy.

A sweet moment that of course had both A-listers laughing it up.

This is one friendship that everyone should aim to have!

We really love seeing these two!