After growing up “as poor as you can get” in Benton Harbor, Michigan, and winning two battles with cancer, Ernie Hudson is one of Hollywood’s most prolific actors. And the Ghostbusters star credits his wife of 35 years, Linda, 66, with giving him the support he needed to do it.

“Linda’s been able to see the better part of me when I didn’t see it in myself, and I think she’s the only person aside from my grandmother who has,” Ernie, 74, reveals to Closer Weekly exclusively, on newsstands now. “She’s just a good person and it makes me want to be a better man.” Along with memorable turns in films like the 1992 thriller The Hand That Rocks the Cradle and TV shows like Grace and Frankie, Ernie’s made his executive-producing debut with the BET+ drama The Family Business, now in its second season. But even with more than 240 screen credits, he’s never forgotten what’s most important. “To be there for somebody, to share a life with someone who’s very unique and special — it’s a blessing.” 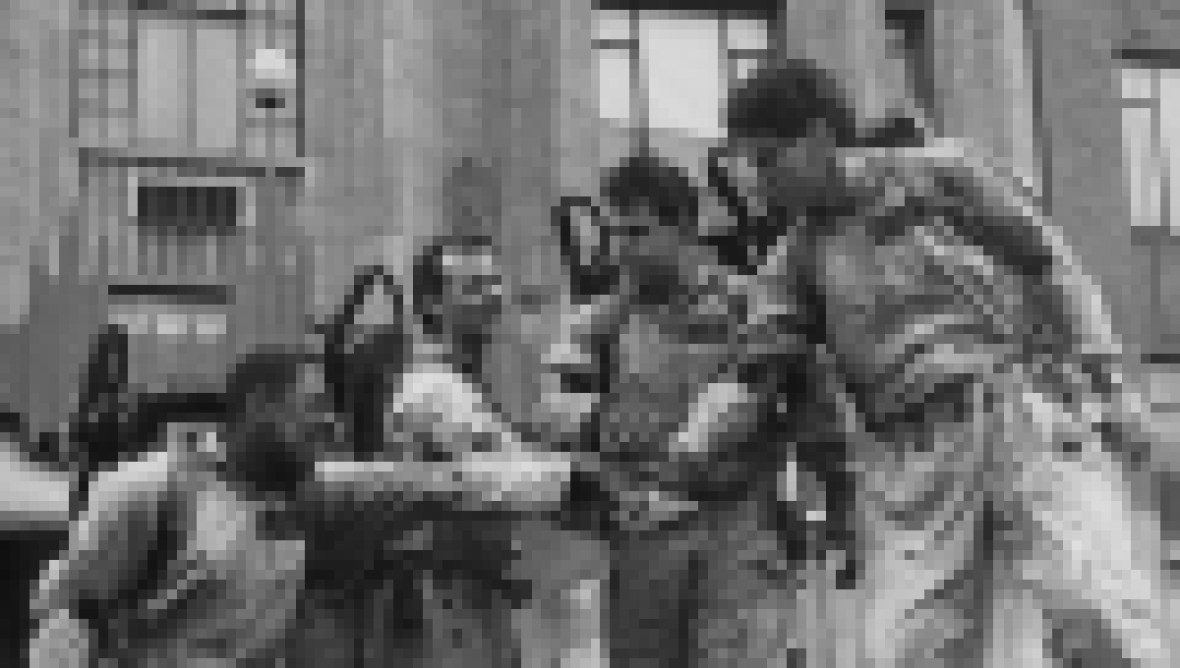 Whatever Happened to the Guys From 'Ghostbusters?' — See What the Original Cast Is Up To!

How is everything going?

I’m good, thank you. I’m trying to figure out what in the world is going on with the world. I’m at my second home in Minneapolis. My wife is from here and her dad will be 100 in November. Five years ago, she felt the need to be with her parents, so we bought a place.

It’s quite a time to be there, with all the protests calling for justice for George Floyd.

I love Minneapolis. It’s always been, in my mind, a really progressive city, which makes me surprised about everything going on, especially relating to the police. But it is what it is and here we are.

Ghostbusters was your biggest hit. What was the best thing about making it?

Being in New York and meeting Bill Murray. We laughed a lot. I still have a lot of fun whenever I see Billy. The movie has had a really big impact on my life.

What can we expect from the sequel Ghostbusters: Afterlife, out next year?

This one is a direct tie-in to the two original movies. There was something very spiritual about connecting with the guys, being in the jumpsuit again, and the new cast. I felt almost emotional about it. I never thought we’d get together again.

Our readers have enjoyed you on Grace and Frankie. How did you join the cast?

I’ve been a fan of the Grace and Frankie cast since the very beginning, so when the opportunity came to be on the show [I took it]. They called me about being Jane Fonda’s love interest, and then they said, “No, no, Lily Tomlin.” They’re still digging deep for their best work. I love them both.

Do you have a favorite role or project?

I loved playing the safari leader in Congo. And in The Hand That Rocks the Cradle, Rebecca [De Mornay] was so intense.

BET+ just premiered the first half of Season 2 of The Family Business, based on Carl Weber’s novels. Why did you do it?

Carl approached me and said, “I wrote it with you in mind.” I’m easily flattered! [Laughs] And I love the idea of family, especially one with a business. I wasn’t thrilled about the crime aspect. My character feels it’s necessary to achieve the American dream, but he’s determined to protect and advance his family. I hadn’t seen that in shows with a black family. A lot of times, their humanity gets lost. I wanted to make sure that didn’t happen.

Who was your greatest influence growing up?

My grandmother raised me. I’m aware that people try to impose limitations, but she always said, “Test [the American dream], and don’t assume there are barriers.”

Why did she raise you?

My mother went to East St. Louis [Ill.], met my father and got pregnant, but she also contracted tuberculosis. She came up north to be with her family, gave birth to me in December and died that following April. Unfortunately, no one knew who my father was. I have an older half brother, but we never considered ourselves halves.

Did you ever find your dad?

A couple years ago, through an ancestry [website], my oldest son found who my father was. He had passed, but I learned I had a brother and two sisters!

Amazing! Looking back, what made you want to be an actor?

My grandmother was born in1895 and had never gone to school. Her one wish for me was to finish high school, but that didn’t get you a lot, so I went into the Marine Corps. After 10 weeks, I was discharged because of asthma. I was seeing a girl and we decided to marry. After working as an insurance salesman and for a telephone company, I saw a play at the Detroit Repertory Theatre and was blown away. I started college at Wayne State and took an acting class. The first time I walked on stage, I felt at home. I got a scholarship to Yale [School of Drama] in ’73 and Gordon Parks cast me in [my first film] Leadbelly. Then my marriage ended, my sons [Earnest Jr., 54, and Rahaman, 51] came to live with me, and to my surprise, I was a single dad.

What’s made your second marriage to Linda last so long?

We’ve been together for 44 years. In my first marriage, we’d threaten each other with, “I’m out of here if you don’t do this … ” Linda’s never threatened to leave. There have been times where she would’ve been justified if she had. I grew up with a different view of what relationships were about, so I appreciate her.

She was by your side through two cancer battles, which inspired you to become a spokesperson for the Prevent Cancer Foundation’s Think About the Link campaign, educating people about the link between cancer and HPV. What happened?

In 1998, I was doing a physical for Oz and eventually, we found prostate cancer. It was an in-and-out procedure and I was never sick. In 2011, I had rectal cancer and did have surgery. [But] the doctor made mistakes and it turned into a nightmare. Thankfully, I got to the other side of it, but I could have died. I was supposed to do an event in Ohio, and had I gone on the plane, I never would have made it.

How did that experience change you?

I’m in pretty good shape, but I see that I need to value [life] because there is an expiration date. You think, do I want to spend a week doing this job? Because I don’t have a lot of weeks left!

It’s one thing to be blessed. It’s another to be able to see that you are. I’m just so thankful.