It’s the question everyone wants to know! Has Eugene Levy ever dated his Schitt’s Creek costar Catherine O’Hara? The two actors shed light on their relationship during the Thursday, January 23, episode of Watch What Happens Live With Andy Cohen. 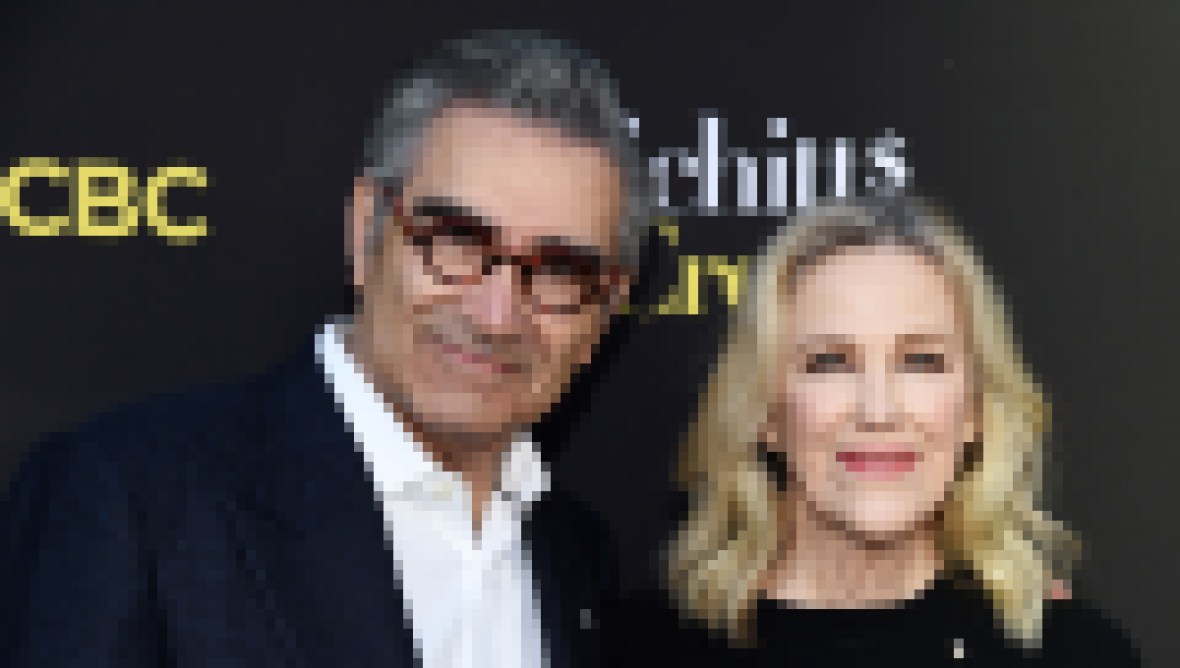 “There’s nothing sexier than laughing together and having someone who makes you laugh,” Catherine explained about what drew her to Eugene in the first place. “So everybody at Second City Theater tried to date everybody. Like, ‘He makes me laugh, I should go out with him.’ And so we did. Maybe one or two dates? Maybe.”

After they tested the waters, it didn’t take Catherine or Eugene long to realize they were better off as friends. “Thank goodness he’s a gentleman, he’s always been a gentleman, and we get to have this working relationship because we didn’t go anywhere,” she said.

In Schitt’s Creek, the two actors play a married couple, but in real life Eugene is wed to Deborah Divine and Catherine to Bo Welch. The best part about appearing on the series, however, is that Eugene gets the chance to work with his kids.

“I never get over the fact that I’m actually on set with my kids,” the Catch Me If You Can star told People about son Dan Levy and daughter Sarah Levy. If anything, it looks like raising his children away from the spotlight has definitely had a positive impact on them.

“There’s something about raising kids in a showbiz-y kind of environment that’s a little scary,” Eugene explained. “Toronto is just a very normal town. They could grow up with all options open to them of what they wanted to do. We didn’t want them to be locked into show business. Of course the irony is they both went into acting — and now we’re all on a show together.”

Funny how things work itself out!