If you only think of the perennial hit “God Bless the U.S.A.” when you hear the name Lee Greenwood, think again. The singer has scored over 30 songs on Billboard’s country singles chart (two duetting with fellow country legend Barbara Mandrell), including 20 in the Top 10 and seven No. 1 hits. But that’s only part of Lee’s remarkable history. The self-proclaimed “farm boy from California” left home as a teen to play rock ’n’ roll with his band the Apollos and got married young before carving out a six-decade- plus career. After several marriages, he found lasting love with his wife of 27 years, former Miss Tennessee Kimberly Payne, 52. How would he describe his life today? “In one word, blissful,” Lee, 77, shares exclusively with Closer Weekly. “My wife and I share a wonderful life, and I couldn’t ask for more.”

Scroll down to read Closer‘s exclusive interview with Lee Greenwood.

What can we expect from your new tour?

It’s going to cover all of the hits we had in country music. It will also include, as we go on during the year, the release of a new CD with original songs in 2020. We’re just about finished with that project.

What inspired you to write “God Bless the U.S.A.”?

I hadn’t traveled much until I left home at 16 and went to Nevada. I was exposed to so many different people from all over the world. After I moved to Nashville in 1979, I wanted to write a song that identified my entire country with who I was.

Anything specific that comes to mind?

The first line, “If tomorrow all the things were gone I worked for all my life,” was about my grandparents and their farm, where I was raised in Sacramento, Calif. We were sharecroppers. Farming got to be less profitable, and as I left home they were moving from farming to renting apartments. And not to forget the military, of course, because my father served in the Navy in World War II and survived it.

Were there inspiring reactions to it?

You can’t help but be moved by a soldier that’s lost two legs who told you the reason they joined the Army was because they heard my song, or singing it off an aircraft carrier for so many in the military. Then you do a July 4th show where the citizens are waving flags and lights as you sing a tribute to the country.

Any other songs you’re proud of that may have been overshadowed by its success?

While touring with Kenny Rogers, I wrote a hit song for him called “A Love Song.” Kenny told me, “Well, you made it a hit.” 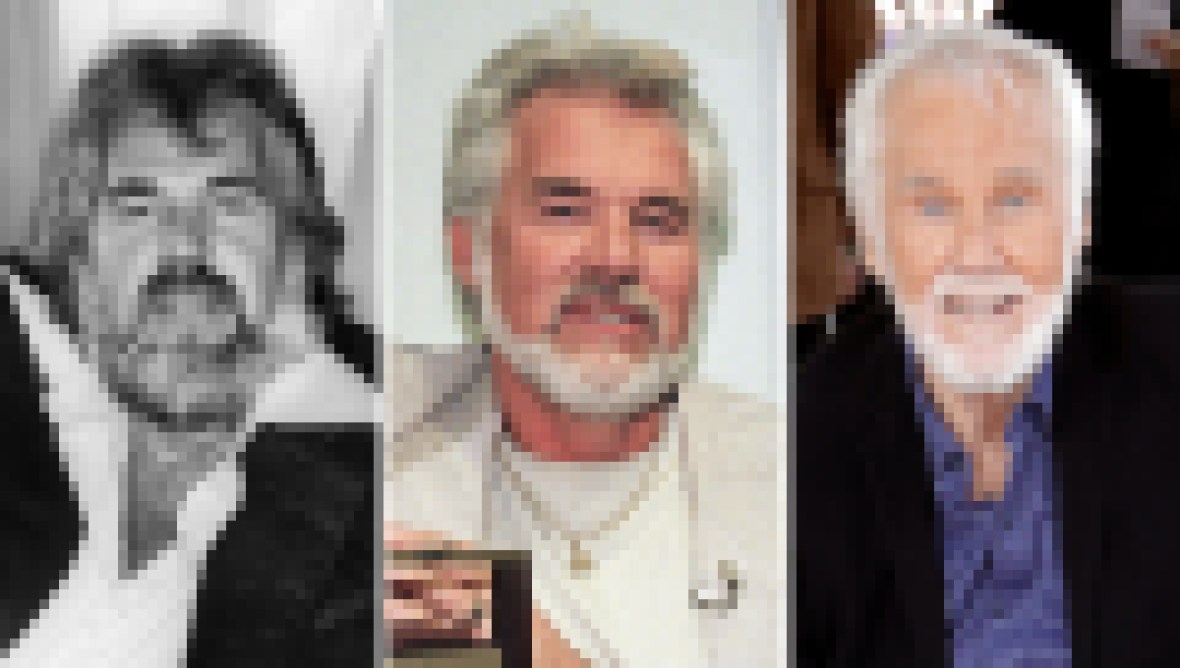 Kenny Rogers Was a Sweet Music Man! See the Late Country Star Through the Years

You’ve sang at a few presidential inaugurations. How did that feel?

I sang at the Lincoln Memorial for George Bush and Donald Trump, and at parties at several others. When the Reagan Library opened [in 1988], sitting behind me while I was singing were Nixon, Carter, Ford, Bush, Reagan, their wives and Lady Bird Johnson. And recently at a Texas A&M event that raised money for hurricane relief, I sang for Obama, Clinton, Carter, Bush and Bush. I emceed that — it had Lady Gaga — and I sang with A&M cadets.

And you were just appointed to the John F. Kennedy Center Board of Trustees!

I was appointed to the National Council on the Arts by Bush 43, so to be appointed as a trustee to the Kennedy Center by the president was fantastic.

Have you worked with any legends?

In 1988 we did our fifth or sixth USO Tour with Bob Hope — eight shows around the world in eight days. That was tremendous.

Did anything in your childhood put you on your path?

My parents divorced when I was a year  old because the war tore them apart. So I was raised by my grandparents, and my grandmother always let me play the piano in the corner of our trailer. My mother had several marriages — I didn’t see her much — and didn’t know my father until I was 14 or 15. So I had two driving forces: baseball and music. I played two and three nights a week in clubs and bars when I was 14 and 15, and I worked hard around the farm. To get into music came naturally. I would sing songs off the radio, sit at a piano, play by ear. It was a  spirit not to be denied. I formed my own band at 13 or 14 and left for Las Vegas at 16 with the Apollos.

How did your parents’ split  affect you?

I didn’t know until I was 7 or  8 that they weren’t together.  When I was maybe 12 I started  asking where he was. They finally allowed me to see him when I was 13, and we had a good relationship until he died. I absolutely loved Louis D’Antonoli, my stepfather for my last years growing up. He proudly wore my tour jacket.

Yes, we had two children [Laura and Ted], and I’m still very close to both of them. That’s why I was given 3A [classification] in the Vietnam draft. I would’ve gladly joined the military, but it kept me out.

What did you take away from your earlier marriages?

When you’re so young, you really don’t know what you want. It took a terrible toll on my life to be divorced and have to do that again. When I met Kim I fell deeply in love with her, and I never experienced that before. The key is you have to follow your heart, even if you’re cautious.

What’s made you and Kim last so long?

One of the key things is getting out of Tinseltown — we live in Tennessee. And our creativity about love and passion for our life is what keeps us so solidly together. We shared all of the ups and downs of raising the boys. Now we’re empty nesters and reach out for things to do to keep our love alive. There’s no limit on things that my wife likes to do, and I love that. 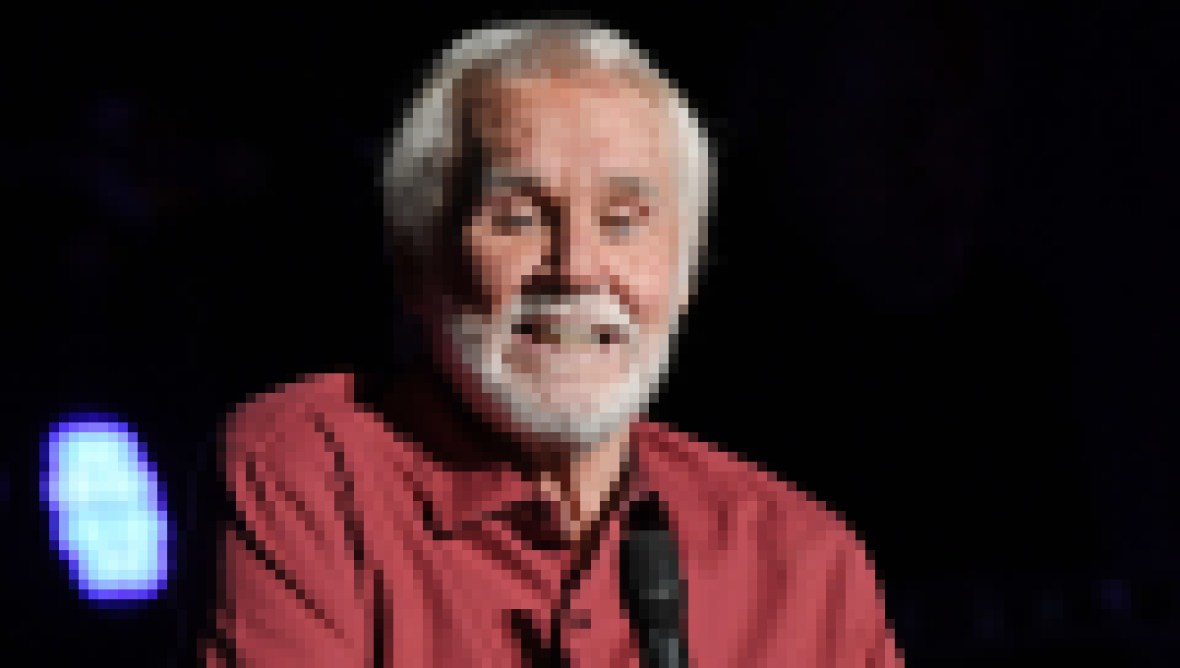 What are she, Dalton and Parker up to?

Kim’s a Miss USA pageant director for three states. Dalton’s at Vanderbilt U. getting a Ph.D. in cancer research. Parker’s at TCU [Texas Christian University] in Fort Worth, Texas, with a scholarship in musical theater and composition. They’re upstanding young men who’ve taken the world by the horns!

Do you have any regrets?

Certainly that I got married too soon. Prior to meeting my great manager of 33 years, I wasn’t intent on watching the business, so that’s a regret. But I like to do something every day that helps someone. I’m 77 and I’ll perform as long as I can, because I think it’s necessary to have people be uplifted, and that’s what music does.

Marlo Thomas and Phil Donahue's Tips for a Strong Marriage