With her upbeat personality and distinctive girlish voice, Joyce Bulifant has brightened Broadway and both the big and small screens for more than 60 years. But despite her long career, most television viewers will remember her best as Marie Slaughter, the wife of Gavin MacLeod’s Murray on The Mary Tyler Moore Show.

“I don’t like to be sad, so I’ve played mostly happy, silly characters,” Joyce, 82, admits exclusively to Closer. “And I’m pretty much like the characters I’ve played.” 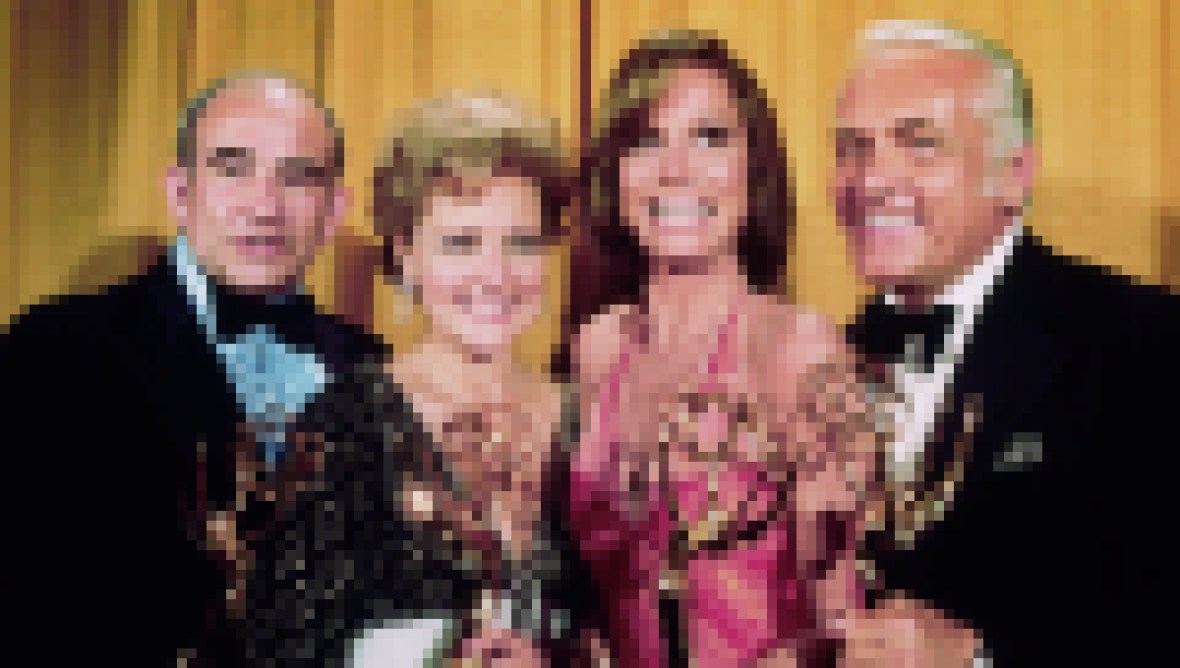 The actress continues to make the world a little bit brighter with the videos she’s been creating with her youngest son, actor/director John Asher, to pass the time during the pandemic.

“I’m not allowed to go to the market, and it drives me crazy,” she confesses. “So we’re making these silly little videos called ‘Stuck With Mom.’ The experience is great working with my son. We’re having so much fun doing these little shorts.”

Of course, everyone remembers you from The Mary Tyler Moore Show.

It’s very nice when people say, “One of the stars of The Mary Tyler Moore Show,” but I really wasn’t. I was a recurring character. But when people think about me, they think about Marie Slaughter. I’m still always amazed.

Did you get along with the rest of the cast?

Yes, although you feel a bit self-conscious going into a show when everyone has become a family. Valerie Harper was the sweetest person. She came up to me and said, “If you need any help with your lines, I’d be happy to run them with you.” People don’t usually do that!

It’s interesting because as a person she was much more like the roles in the movies she did. But her comic timing [was so good] that she was perfect as the show’s Mary.

You have a slight Southern lilt, but it’s hard to tell from your voice where you are from.

My mother and father were divorced when I was very young and I had to live in some foster homes and an orphanage for a while. That was a little difficult. It all was for the best because it taught me how to get along in different situations.

Do you remember when you decided to become an actress?

I was 14 and doing a play at Solebury School, a boarding school. A producer saw me and asked my mother if I would like to work as an apprentice in his summer stock theater in New Angola, Pennsylvania. That’s where Kirk Douglas started, too. I worked there for three years, playing every young maid and ingenue role. I learned how to do lights, stage-manage, sweep the floor, do the props and clean the toilet. I did everything.

When did you move west?

I went to Hollywood in 1962 and three days later I was put under contract [with] Universal. I had the best contract, the last of its kind. I had to star in eight of their shows, do a pilot for a series, and I could work anyplace else. I did so many shows. It was great.

What shows do you remember best?

The most important one was a pilot called The First 100 Years with Roger Perry, who became the love of my life. We dated for a year but then he broke up with me. It took another 40 years before we’d get married!

How did you reconnect?

I went back to LA at the end of a not-very-good two-month marriage and called a mutual friend of Roger and mine. A few nights later my friends asked Roger to dinner [and eventually] we started seeing each other. We took baby steps because it’s very scary to be with somebody who never left your heart. You have all kinds of “what if” fantasies. But we very gently worked back into a relationship. We were more mature and had more to offer each other in a very deep way. I miss him terribly.

It’s nice that your last marriage, which lasted 18 years, was your happiest.

The hardest thing I ever had to do, but the most blessed thing, was see to Roger through his transition into the beyond [in 2018]. I think about him all the time. I can feel his energy. I sometimes put my hand out and I say, “Put your hand in mine,” and I can feel that energy.

Your life has been so full. It is true that you once danced with Fred Astaire?

Yes, I thought it was going to be a wonderful waltz, but it wasn’t! It was the twist! He said, “Joyce, you’ve got to teach me the twist quickly because it’s the next scene.” He was so charming and sweet. Nobody could do the twist the way he did!

Your long career has also included many commercials that ran for years.

Oh, there were so many. Sometimes it was awful because I’d done Broadway and all these things on TV and people would say, “There’s the cat food lady!”

Do you think your voice helped your professional success?

The uniqueness of my voice has gotten me many jobs, certainly in commercials. I forget that it doesn’t sound like everyone else’s. Sometimes I’d answer the phone and hear: “Is your mommy at home?” I’d say, “I am Mommy!”

In fact, you’re a mom to three adult kids.

What I love most is seeing my kids happy and achieving what they want to achieve and that they’re healthy. I love that we hug and kiss each other and we always express the love we have for each other.

And you’re a grandma! What’s that been like for you?

Oh, I love it. You really get to do the spoiling and sometimes have time to explain why their parents treat them the way they do. It’s all my fault! [Laughs] No, I love being a grandmother.

You’ve been very active in charities that support the welfare of children.

There are a few things that I take very seriously, and that is domestic violence and abuse of children. My husband, Roger, and I helped found a center for abused children in Glenwood Springs, Colorado, [called] The River Bridge. I’m so proud of it.