Queen Elizabeth and Prince Philip looked happier than ever ahead of their 73rd wedding anniversary. The royal monarch and the Duke of Edinburgh reminisced on their decades-long romance as they read a homemade card from their great-grandchildren. 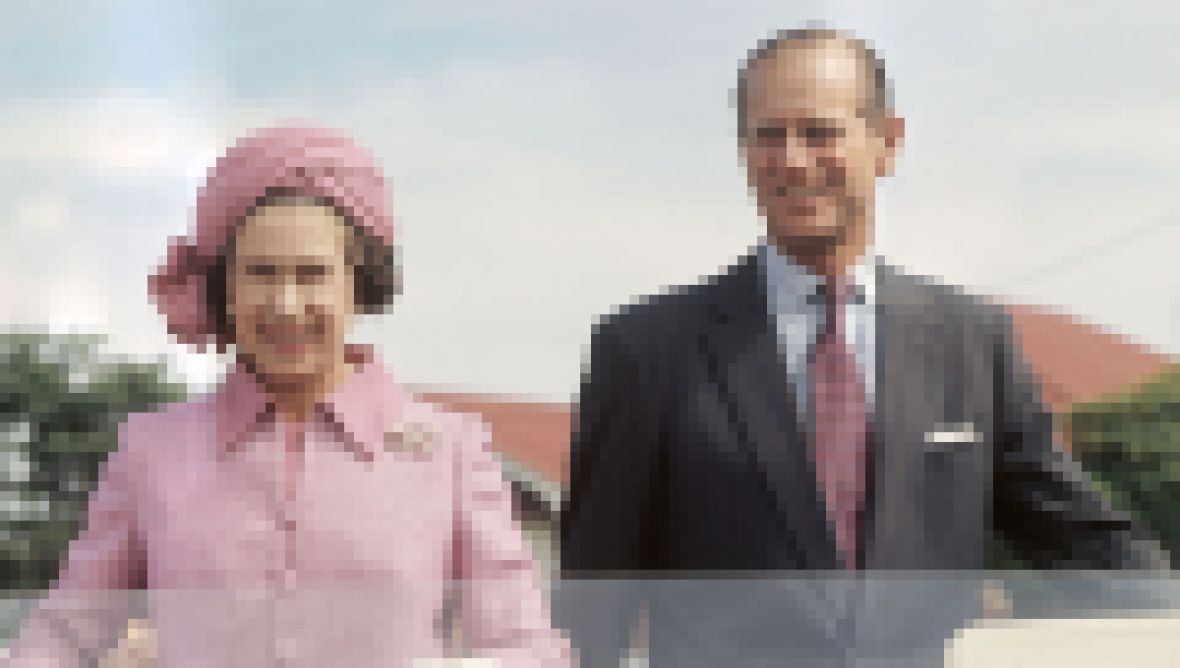 Elizabeth, 94, and Philip, 99, appeared in great spirits as they sat on a couch in the Oak Room at Windsor Castle. The pair, who are celebrating 73 years together on Friday, November 20, looked regal as ever in their royal ensembles. The queen wore a light blue midi-dress with three-quarter sleeves, while Philip donned a blue blazer, white dress shirt and tie.

Although their anniversary is still one day away, the duo fawned over a card they received from their great-grandkids. Their grandson Prince William, 38, shares Prince George, Princess Charlotte and Prince Louis with wife Duchess Kate (née Middleton), while Prince Harry, 36, is the dad of son Archie Harrison with spouse Meghan Markle. Elizabeth and Philip also have other great-grandchildren through Zara Tindall, 39, and Peter Phillips, 43.

The iconic royal and her handsome hubby tied the knot many years ago in 1947, and their bond has remained strong. Former royal butler Paul Burrell, who worked for the couple for 11 years, insisted this is because Philip “understands” Elizabeth more than anyone else.

“He has been her mainstay for most of her life. They have no secrets,” the insider exclusively shared with Closer Weekly in January 2020. “They have lived through traumas and ordeals but have stayed on course as a committed couple.”

The royal worker noted they have an “exceptional marriage” due to the dynamic of their relationship. “She is the monarch and head of state on the public stage, but he is the head of the family behind closed doors,” Paul explained. “She has had Philip beside her for most of her life and for that, she is grateful.”

Because Philip has struggled with some health issues over the past year, Elizabeth has been keeping a close eye on her spouse. As royal fans remember, the beloved duke was hospitalized in late 2019 for a “preexisting condition.” He was released just days later.

Still, the queen isn’t taking any chances when it comes to her husband’s health. While the twosome — who share kids Prince Charles, 72, Princess Anne, 70, Prince Andrew, 60, and Prince Edward, 56 — got together to honor their special anniversary, things might be a little different when it comes to celebrating the holidays.

“The royals are talking about canceling their traditional Christmas this year as COVID-19 cases continue to rise in the U.K.,” a separate source told Closer in September 2020. “Royal aides are warning her that it’s not a good idea.”

Although the possibility of canceling her annual celebration in Sandringham is “heartbreaking” for Elizabeth, she knows it might be the right decision in order to keep herself, Philip and their other family members safe from the ongoing coronavirus pandemic.

“She can’t imagine what life will be like without her husband in it,” a third insider shared with Closer.

We hope Elizabeth and Philip have the best anniversary!