Looking good! Meghan Markle and husband Prince Harry shared a rare PDA moment while doing charity work in Los Angeles on April 18 amid the coronavirus pandemic. The A-list couple moved to the West Coast last month following a short stint in Canada after stepping down as senior royals. They looked relaxed as they walked along the street holding hands. 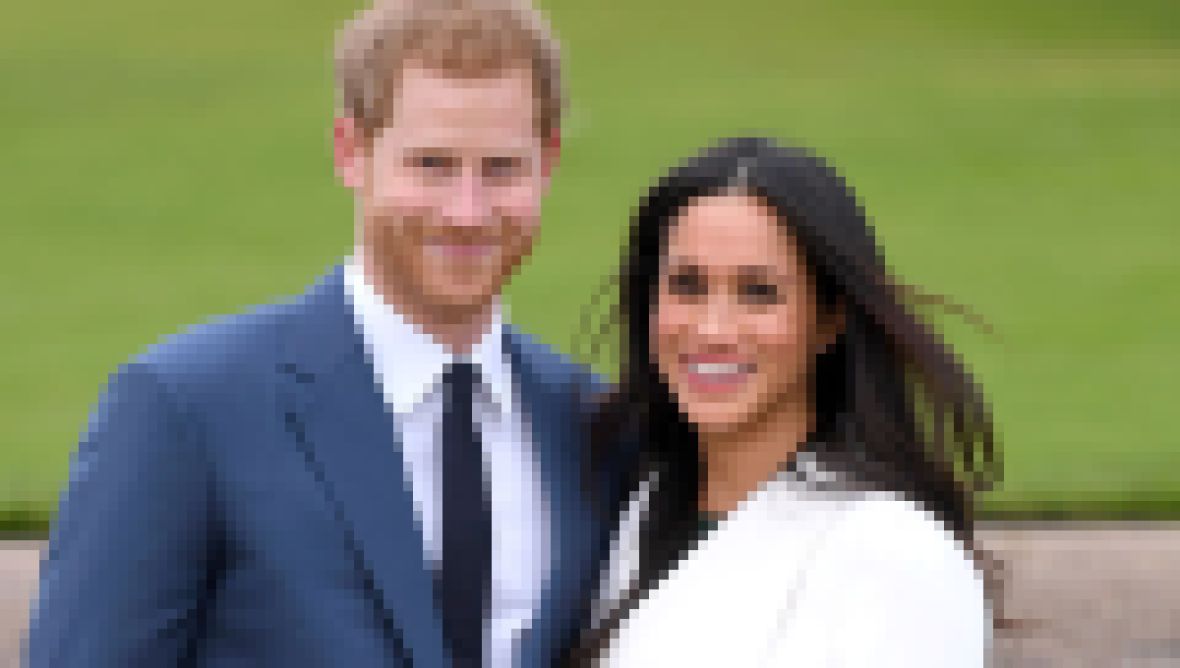 The pair looked cozy as they walked along the sidewalk, and at one point, Meghan, 38, wrapped her arm around her hubby’s waist. The former Suits actress was cute and comfy in drawstring army green joggers, a black top and white sneakers. She also wore a blue hat that read “Project Angel Food” to promote the charity they were working with and a medical mask. As for Harry, 35, he wore a grey polo shirt, dark slacks and brown shoes. He was equally incognito in a grey baseball cap and blue bandana wrapped around his nose and mouth.

This is not the first time Harry and Meghan have done work for Project Angel Food, which works to “prepare and deliver healthy meals to feed people impacted by serious illness, bringing comfort and hope every day,” according to their bio. “In honor of the Easter holiday, the Duke and Duchess spent Sunday morning volunteering with Project Angel Food by delivering meals to our clients,” the charity’s executive director, Richard Ayoub, wrote in a statement on April 16. “And, on Wednesday, they quietly continued delivering meals to relieve our overworked drivers. It was their way to thank our volunteers, chefs and staff who have been working tirelessly since the COVID-19 crisis began.”

The former Duke and Duchess are building roots in their new hometown after finishing out their last few public appearances as senior royals in early March. Despite the drama that came with their change of title and duties, an insider told In Touch that the Horrible Bosses actress has “no regrets” about their move to North America. “Having some downtime in Canada has enabled her to reset and it shows. She looks and feels amazing,” added the source.

We can’t wait to see what’s next for Harry and Meghan. Keep scrolling to see their latest PDA-filled outing!

The pair delivered meals to residents amid the COVID-19 pandemic.

Happy to Be Together

Harry and Meghan held hands as they walked down the street together.

Their 11-month-old son, Archie, was not seen in any photos.

It’s great to see the pair happy and out together.

We have a feeling Meghan and Harry will be doing a lot more for their new community.