There’s no doubt Martin Scorsese has to lot to be proud of when it comes to his decades-long career, but the iconic film director considers his three daughters — Cathy Scorsese, Domenica Cameron-Scorsese and Francesca Scorsese — his life’s most precious works of art.

Not long before Martin, 77, became one of Hollywood’s most highly acclaimed and influential directors in movie history, he became the proud dad of his eldest daughter. The Goodfellas genius, who was married to his wife Laraine Marie Brennan at the time, welcomed Cathy, now 54, on December 7, 1965.

After his marriage with Laraine ended in 1971, Martin eventually tied the knot with Julia Cameron in 1975. The former lovebirds welcomed Martin’s second child, Domenica, 43, on September 6, 1976.

Although the Academy Award winner’s second marriage didn’t last, he took a stab at love when he married two more times — Isabella Rossellini in 1979 and Barbara De Fina in 1985 — until he met his fifth and current lover, Helen Morris, years later. The couple has been married ever since they made their relationship official in July 1999. 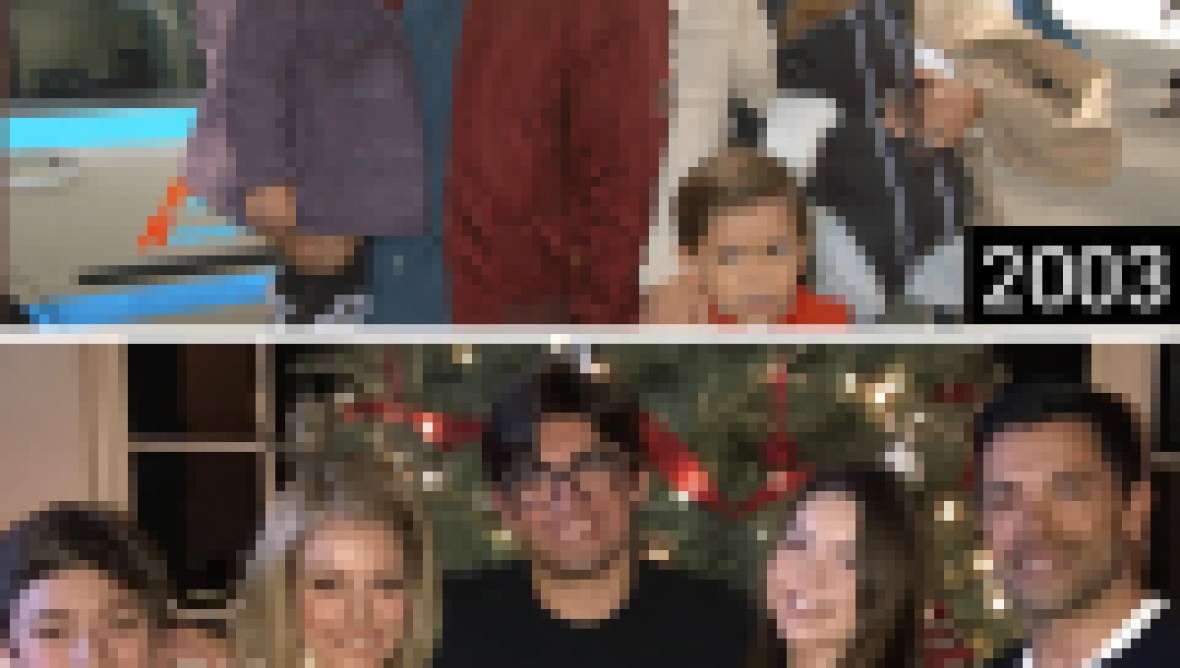 Kelly Ripa and More Stars' Family Photos — Then and Now!

Martin and Helen wasted no time adding a baby to the star’s blended brood as they welcomed their first child together, daughter Francesca. It seems the Irishman director and his beautiful bride knew they had a baby on the way considering the now 20-year-old beauty was born just four months after their wedding in November 16, 1999. Aww!

Since his daughters have grown up, Martin loves sharing the Hollywood spotlight with his kids. Earlier this year, the Golden Globe winner was all smiles as he stepped out with his gorgeous girls at the 2020 National Board of Review Awards Gala on January 8. Martin looked prouder than ever as he posed for pics alongside Cathy, Domenica and Francesca while walking the red carpet.

Scroll through the gallery to learn all about Martin’s three amazing daughters!

Like Martin, Cathy followed in her dad’s footsteps and pursued a Hollywood career at a young age. According to IMDb, the beauty is best known for acting in 1982’s The King of Comedy and 1995’s Casino.

Besides acting, Cathy also has a handful of credits in the art department. In fact, she’s worked as an assistant property master on a handful of hit films and TV series including 2006’s The Departed, 2007’s Music and Lyrics, The Sopranos, 2010’s Shutter Island, Boardwalk Empire and much more.

She even has a directing credit! According to the online database, Cathy codirected 2015’s Campus Code. Impressive!

Like her older sister, Cathy, Domenica took advantage of her dad’s Hollywood chops. After getting her degree at Wesleyan University, the famous family member went on to pave a career for herself.

In her earlier years, Domenica focused on acting and appeared in a handful of famous films, including 1993’s The Age of Innocence and 1991’s Cape Fear. Among her handful of acting credits, Domenica also directed, wrote and produced a few films. Wow!

When it comes to her personal life, the Lurker actress is just as successful. Domenica couldn’t be happier being married to husband Tony Frenzel.

Although Martin’s youngest daughter, Francesca, is still only 20 years old, she’s already made quite the name for herself. In 2018, the blonde-haired beauty proved she takes after her dad’s envialble directing skills as she shared a video of a short film she put together with her friends. The 26-minute movie even featured dad Martin — how cool!

“This film was directed and edited by myself, Francesca Scorsese, and my best friend, Ines Barquet with the help of Alan Lowe,” she captioned a video she shared to her personal YouTube page in October 2018. “It was shot by Mattieu Roy, and organized by Lisa Frechette and Emma Tillinger Koskoff. Ines and I attended the Spence School together for 10 years until I left and switched high schools to the Masters School in Westchester, NY. This interview was made before I left Spence — we made it for a film festival they were holding for the students at the time in 2015.”

Not only is Francesca talented, but she’s also hilarious! In October 2019, Martin made headlines for saying Marvel films aren’t exactly “cinema” while chatting with Empire. To mess with her dad after his comments made quite the uproar, Francesa shared a pic of his Christmas gifts all decorated with Marvel wrapping paper.

“Look what I’m wrapping my dad’s Christmas gifts in,” she jokingly captioned the photo at the time. LOL!