We all wish a pop star like Madonna could be our mother, but the singer’s six children — Lourdes, 23, Rocco, 19, David and Mercy, both 14, and twins Estere and Stelle, both 7 — are lucky enough to say that they are. Mercy, a.k.a. Chifundo, got the birthday surprise of a lifetime when her mom pulled her onstage during a concert in Lisbon, Portugal, on Tuesday, January, 21, to give her a sweet shout-out.

“The best birthday present I can give you is to teach you to never settle for second best,” the blonde bombshell told her daughter in front of hundreds of fans at the Coliseu dos Recreios.

Mercy replied, “Even though sometimes I’m like, ‘Oh my god, I can’t deal right now.’ I really love you and I want to thank you for everything, Mom.”

The crowd was so moved by Madonna’s sweet shout-out, especially when Chifundo said she “really looks up to” her mom and thanked her for giving her “a life I would have never have had” she not been adopted from Malawi.

See 10 Celebrities With the Biggest Families in Hollywood

She added, “I know you’re going through a hard time right now with your hip and all the injuries, but I want to say that you’re a really strong person. You deserve everything you want.” Aww!

The “Papa Don’t Preach” singer called Mercy a “truly compassionate” person, and we can see why they have such a great relationship. However, the pop star’s older children feel differently about their mom, especially when she’s wearing her bedazzled eye patch.

Lourdes and Rocco “are in agreement,” a source recently told Closer Weekly. “They think she looks like a crazy Halloween pirate.” They’ve even “begged her to ditch the eye patch already,” but their mom won’t listen. She loves her accessory!

“Madonna has a lot of fans who love every wacky thing she does,” the source explained. “Her children, however, don’t.” They may want to stay on her good side, though, because Madonna could open a lot of doors for them when the time is right. 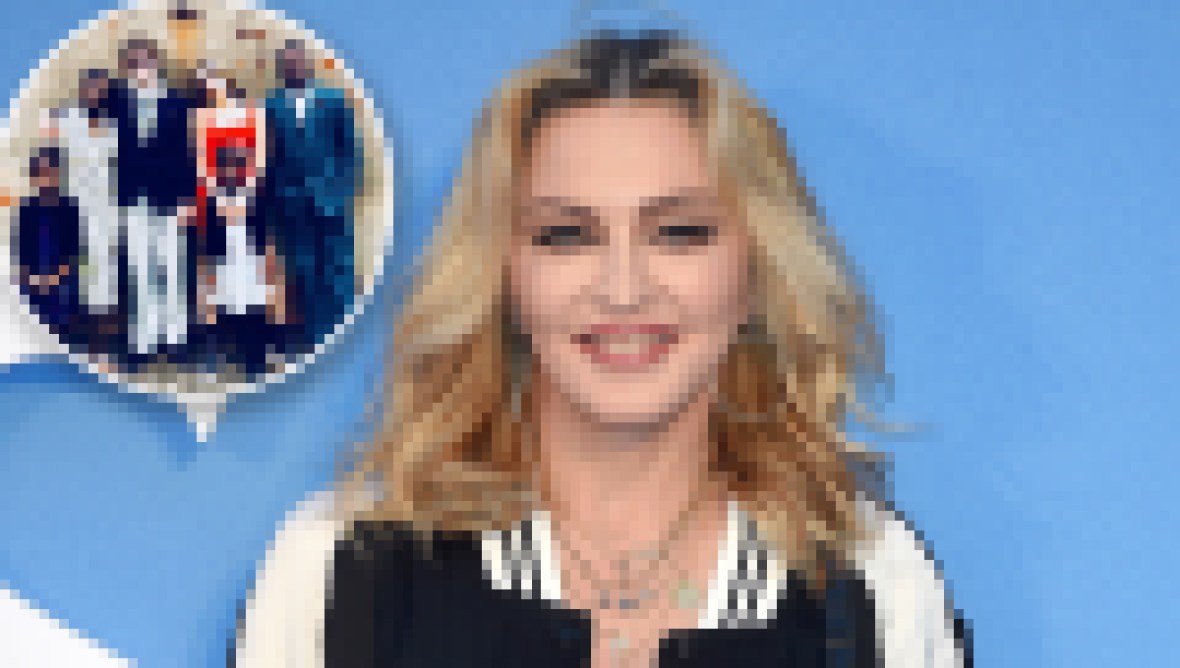 She Is the Luckiest Star Thanks to Her 6 Kids! A Handy Guide to Madonna’s Children

“I think if we look at the longer term, perhaps five to 10 years, then there is certainly that potential,” PR expert Claire Shiels once said to FEMAIL by Daily Mail. “Their mother is an extremely savvy businessperson and I’m confident that if they ask for her help, she will be able to create and mold career opportunities that could see them hitting those sorts of figures.”

Smokey Robinson Reveals What He Would Tell His Younger Self

Buddy Hackett's Son Remembers Him as an 'Incredibly Wonderful' Dad

Inside Gene Hackman's 'Peaceful' Life With Wife Betsy at Age 90

Kirk Douglas and Anne Buydens Were ‘So Much in Love,’ Director Recalls

The Queen Is ‘Supportive’ of William and Kate ‘Taking Time Off'