If you’re a fan of The View, you know that the program is just not the same without Whoopi Goldberg, who has sadly been missing from the daytime talk show since February 5. And today, her cohost Joy Behar revealed exactly why the 63-year-old star has been absent from work for so long.

“She’s not feeling well,” Joy, 76, told the audience on Wednesday, February 20. “She’s actually recovering from pneumonia. I saw her last night and she’s very funny still, and we had big laughs. She’s getting there, she’s on the mend.” And while this year’s Academy Awards will be broadcast without a host for the first time in 30 years, there was actually a rumor that the Ghost star was secretly preparing to take the stage and lead the show this weekend, but Joy said that just simply isn’t true. 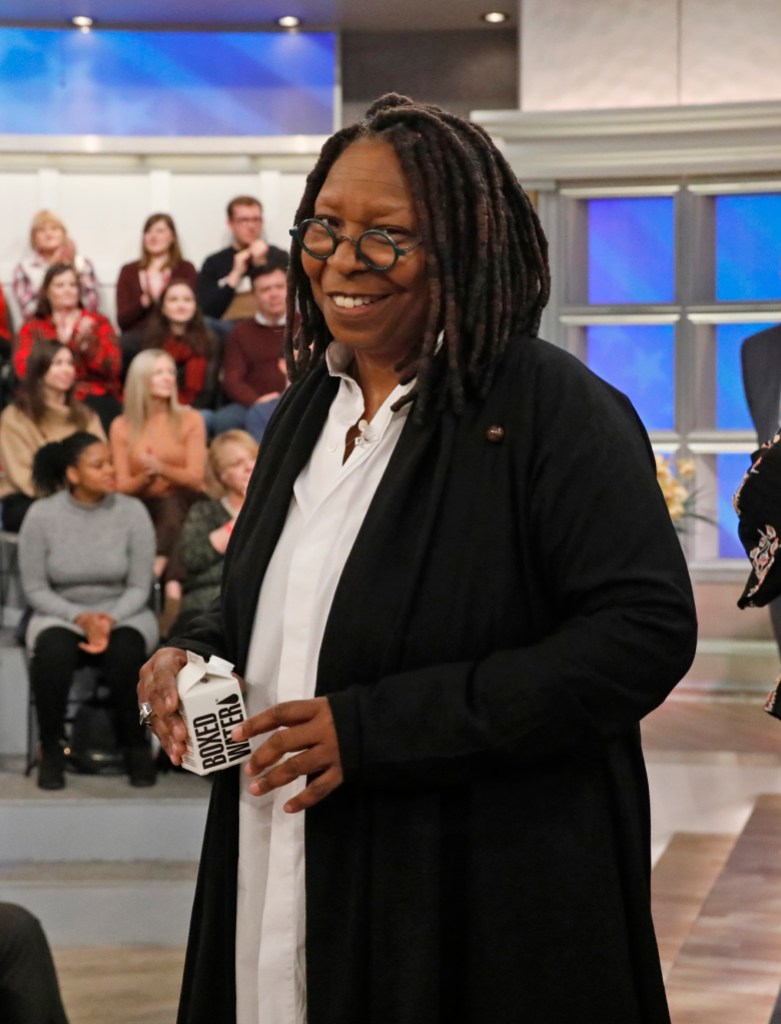 “There are all these conspiracy theories on the Internet that she’s not really sick and she’s secretly preparing to host the Oscars,” the comedian stated. “She’s not even well enough to host this show right now, let alone the Oscars.” Even Meghan McCain chimed in, saying that this rumor was kicked off thanks to a Twitter user.

“This conspiracy started because @Peterknegt started the conspiracy and said, ‘never started a conspiracy theory before, but turns out being stoned while watching The View is productive,’” the 34-year-old relayed to the audience.

No word on when Whoopi will be returning to the show she’s been a part of since 2007, but we hope it’s soon! For now, we’re sure the ladies will keep her seat warm until she comes back, although we expect for there to be some arguments between them as that often occurs on the chat show. In fact, Meghan once revealed on Watch What Happens Live! that as much as she fights with Joy on-air, they are pretty civil when the cameras are off.

“The thing about Joy and I is if you extract politics we are very similar women,” John McCain’s daughter told host Andy Cohen. “We leave it all out on the table, we fight like boxers and then we leave and I’m like, ‘Do you want to get a drink? Are we cool?’” She added, “She’s really funny and at the end of the day I try and hate her but I can’t. I’m telling you I’ve never had more fun fighting with someone on TV than I do with Joy Behar.”

Feud! Mo'Nique Slams Whoopi Goldberg for Not Supporting Her During Netflix Boycott

Joy Behar Shares Life Lessons: "Don’t Hold Back, Say What’s on Your Mind, and Be Good to the People You Love" (EXCLUSIVE)
Top stories

Seinfeld’s John O’Hurley Reflects on Career, ‘DWTS’ and His Next Move