John Mellencamp got some love from his beloved granddaughter Slate in honor of his upcoming birthday. The iconic rock ‘n’ roller and his 8-year-old grandchild looked like “twins” while hugging in a rare photo shared by his daughter Teddi Mellencamp. 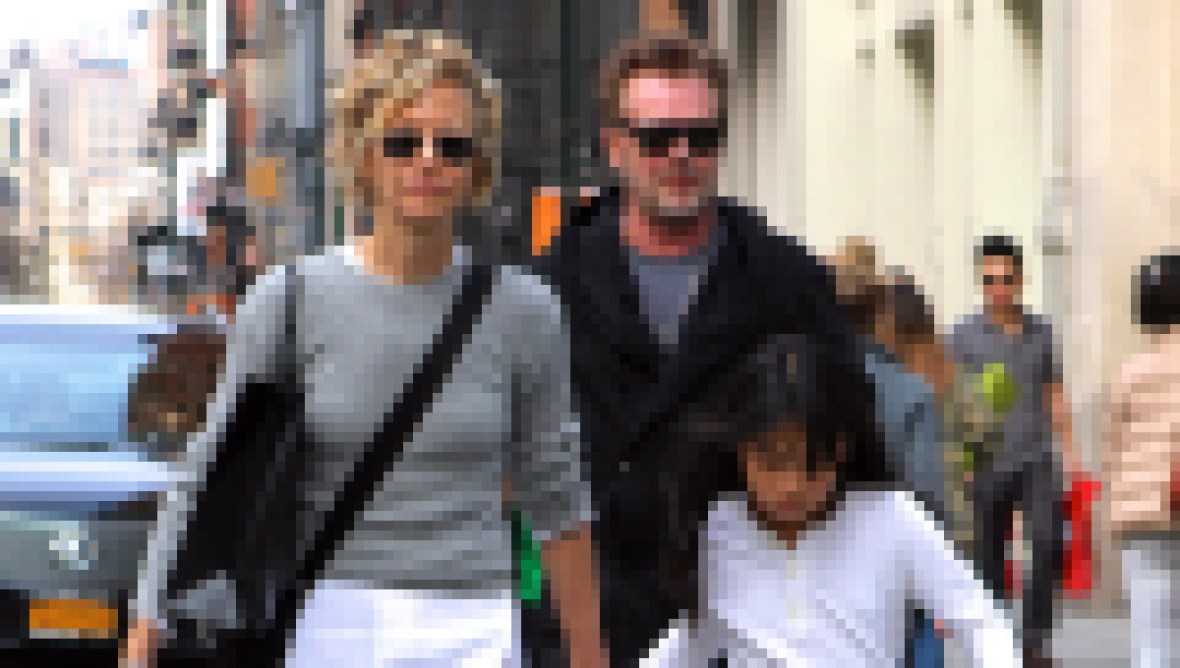 “One of these two turns 8 tomorrow, the other turns 69 on [Wednesday],” the Real Housewives of Beverly Hills star, 39, captioned a pic of her eldest child and her famous father on Monday, October 5. “Can you guess which one is which? Love these almost birthday twins.”

One of these two turns 8 tomorrow, the other turns 69 on weds. Can you guess which one is which? Love these almost birthday twins. #family

A post shared by Teddi Mellencamp Arroyave (@teddimellencamp) on Oct 5, 2020 at 2:05pm PDT

In the snap, the brunette-haired cutie sat on John’s lap as they traveled in what appears to be a bus. Slate proved she’s a huge fan of her grandfather as she sported an oversized gray sweatshirt that read “Mellencamp” across the chest.

In the comments section of Teddi’s post, fans gushed over the “Jack & Diane” singer’s sweet bond with his granddaughter. “Your father is seriously THE coolest guy and your daughter is adorable,” one user wrote, while another echoed, “This photo just melts my heart!!” A third fan chimed in, writing, “Awwww, all I see in this photo is love!”

Later that day, the “All In By Teddi” fitness instructor — who also shares son Cruz, 6, and baby daughter Dove, 8 months, with husband Edwin Arroyave — shared a video of John doing magic tricks for her youngest daughter.

“I know Pepaw, this is not a good trick,” Teddi joked while little Dove laid on the dining room table in front of the Grammy Award winner. As the adorable tot stared lovingly into her grandpa’s eyes, John teased, “It’s a good trick, isn’t it?”

Considering Teddi is just as busy as her famous father, getting the entire family together isn’t always an easy task. When the health coach gets to bring her kiddos to John’s home in Indiana, however, she feels “really grateful” to have the “Hurts So Good” crooner as a grandpa to her children.

“It’s just so crazy. The kids get so excited to see [John],” Teddi exclusively shared with Closer Weekly in April 2020, noting she loves taking snapshots of the rock legend and her kiddos.

“I’m such a picture taker in general, but I love to have those pictures of seeing him with each one of the babies,” she gushed. “It’s nice … and especially since we all live so far apart. I feel really grateful that he was able to be out and visit before [the coronavirus pandemic] happened.”

We hope John and Slate have the best birthdays!