Amicable exes! As Brad Pitt accepted his Golden Globe win, Jennifer Aniston couldn’t stop smiling. While her ex thanked his family, friends and costars after he nabbed an award, the actress looked proud enough to cry. The cameras caught her touching reaction during the Sunday, January 5, show as she rooted her ex-husband on.

Let Awards Season Begin! See Your Favorite Stars as They Arrive at the 2020 Golden Globes

Brad, 56, was honored as the Best Supporting Actor in Any Motion Picture due to his incredible portrayal of the character Cliff Booth in Once Upon a Time in Hollywood. Though Jennifer, 50, didn’t take home a trophy herself, she was also up for an award. The Friends alum was nominated for Best Performance by an Actress in a Television Series — Drama, thanks to her role as Alex Levy in the Apple TV+ series The Morning Show.

The A-list star dressed to impress for the special occasion, wearing a stunning black dress while hitting the red carpet solo. She looked absolutely stunning with her sparkling necklace.

Brad was also no slouch in the looks department, showing off his perfectly tailored suit as he flashed his megawatt smile to the cameras.

There was clearly no bad blood between the two. While chatting with Entertainment Tonight, he happily said, “I’ll run into Jen; she’s a good friend!”

Once they got inside for the ceremony, the exes were seated “super close” to each other, an insider tells In Touch. “Brad’s table is right at the front, and Jen’s table is directly behind.”

It appears Brad and Jen have put their differences far behind them, years after they called it quits in 2005. The father of six and Friends alum have been getting along fabulously as of late. The Ad Astra star attended her Christmas bash just last month, and prior to that, he showed up for her 50th birthday party in February 2019.

“They’re obviously on friendly terms, and the more time that passes, the closer they seem to be getting,” an insider previously told In Touch. “Brad has clearly made amends with Jen. It’s part of his new sobriety, and Jen has obviously forgiven him.”

“This show of solidarity, at a small gathering like this, is very special,” the source added. “It’s a very grown up gesture on Jen’s part.”

Even though they are no longer at odds, Brad previously shut down rumors they are rekindling their romance. “I gotta ask you, everyone wants to know, are you and Jen getting back?” a photographer asked the actor in May. 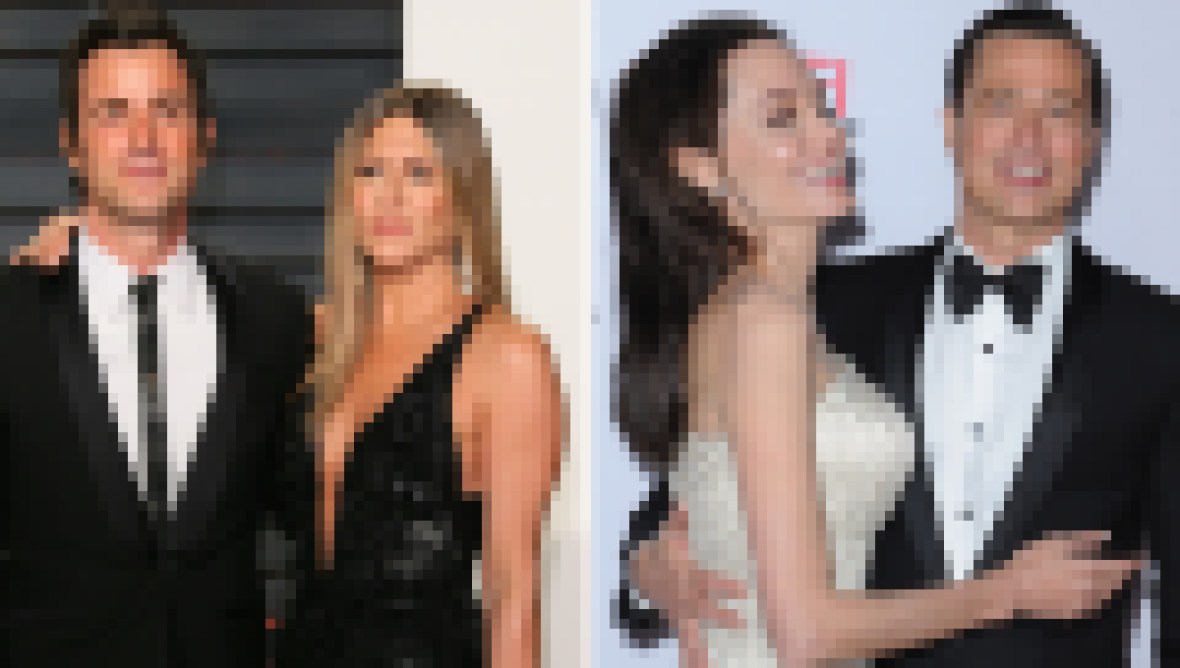 At least they continue to make strides!