Nowadays, most people know Jenna Bush Hager as the Today cohost who replaced Kathie Lee Gifford. Others first think of her as a former first daughter when her dad, George W. Bush was president. But did you know Jenna actually started her career working as a teacher’s aide? Scroll down to find out Jenna’s salary, meet her daughters, and learn more interesting facts about the star!

She was a teacher’s aide in Washington DC

Jenna worked at Elsie Whitlow Stokes Community Freedom Public Charter School for a year and a half back in the mid-2000s before taking a leave of absence in the summer of 2006 to participate in an internship for UNICEF’s Educational Policy Department in Latin America, during which she worked in a shelter. “It’s the most important job there is other than being a parent,” Jenna previously said of being a teacher.

Her Today salary and net worth are seriously impressive

Jenna joined the Today staff back in 2009 as a correspondent who’d contribute once-a-month stories focused on education. “It wasn’t something I’d always dreamed to do. But I think one of the most important things in life is to be open-minded and to be open-minded for change,” she said at the time. “I hope to focus on what I’m passionate about because I think I’d do the best job on them — education, urban education, women and children’s issues, and literacy.”

Since her early correspondent days, a lot has changed, including her salary. Now as a full-time cohost on NBC, Jenna has a much bigger presence on the morning talk show and her paycheck is seeing the difference. According to Celebrity Net Worth, the 36-year-old’s yearly salary is an estimated $4 million. And her net worth? A whopping $10 million. 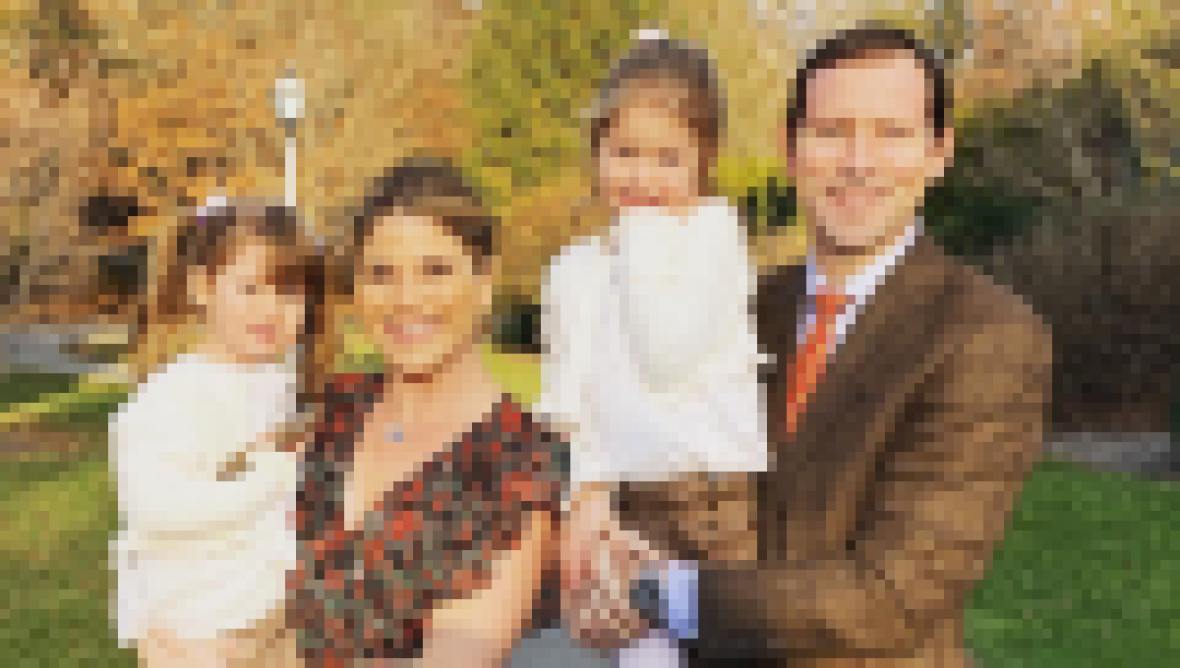 “I love to tell people’s stories,” Jenna said in February 2018. “I think it’s an honor to interview people and listen to what they have to say and authentically portray what people are doing, so nine years later, I’ve been working for them [Today]. And I do love my job. I think it’s a privilege.”

She has the cutest family

Jenna married her husband — Henry Chase Hager — on May 10, 2008. They’ve since welcomed two beautiful daughters: Margaret Laura “Mila” Hager was born in April 2013 and Poppy Louise Hager was born in August 2015. “I think my number one thing is I married a really great husband who is a full partner. That isn’t always so easy to find. Our careers are equally important to our family and the most important thing is our kids,” the mom-of-two gushed during an April 2017 interview.

My candy queens. (BTW: too much candy does the opposite of turning you into a princess…stomach aches, melts etc!) HOLDING my babes close this morning. Let’s love each other. ❤️

Jenna gave birth to her third child and first son, Henry Harold “Hal” Hager, in August 2019. The journalist revealed she and her husband were expecting again during a Monday, April 22, 2019, episode of the Today show. “I am very pregnant … I don’t know how I hid these!” she joked. “[The girls] are so happy, I mean to the point where they’re telling strangers.”

She has a twin named Barbara

Yes, Jenna and Barbara Pierce Bush are, in fact, twins. They’re fraternal twins to be exact, which is why they don’t look totally alike, and Barbara was born before Jenna, so she’s the older one of the two. 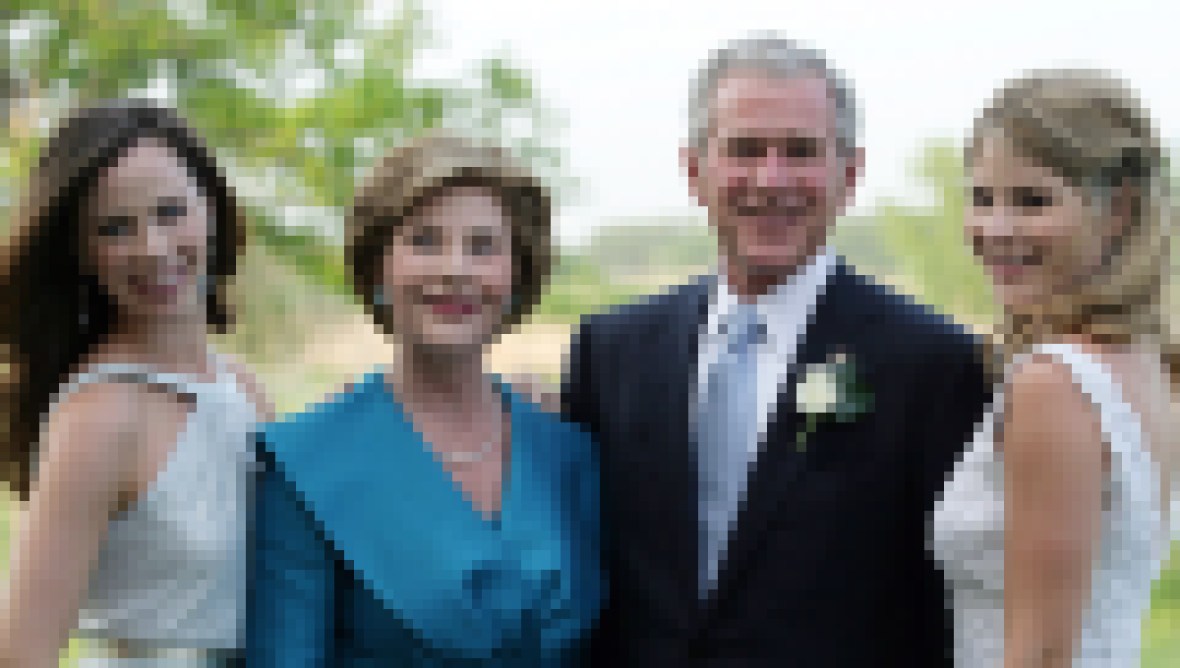 Jenna Bush Hager Comes From a Long Line of Politicians! Meet Her Family

Before she and her sister were born, though, George and Laura Bush had planned to adopt. “You know, my parents put in their adoption papers before [Barbara] and I were born,” she told her former costar Kathie Lee on Today back in February 2017. “They tried for five years and they weren’t getting pregnant — and I have a picture by my bed [of my parents] actually that they had sent to the adoption agency and my mom always says, ‘Doesn’t this look like a couple that’s just desperate for children?’ — and then the day they found out they’d been accepted to adopt, they found out they were pregnant with us.”

Happiest New Year from my loves to yours. Y’all 2018 MUST be good. I can feel it. Xx

While Jenna has shifted her career goals more towards television news, Barbara is the co-founder and president of a public health-focused non-profit, Global Health Corps. She focuses on humanitarian work and trying to improve the lives of people in lesser developed countries. They both are passionate about helping others! Both sisters are legacy members of Kappa Alpha Theta sorority, but not at the same college. Barbara attended Yale University and Jenna attended the University of Texas at Austin.

She’s only in her thirties, but Jenna has already written four books! Her first, Ana’s Story: A Journey of Hope was released in September 2007 and is about her experiences working with UNICEF sponsored charities in Latin America. Her next book, this time a children’s book titled Read All About It!, was published in April 2008 and was her first collaboration with her mother. In June 2010, Jenna and Laura’s second children’s book was released. Titled Our Great Big Backyard, it’s a love letter to nature and America’s National Parks that teaches kids how wonderful nature can be.

Silos with my sissy!

Sisters First: Stories from Our Wild and Wonderful Life was released on Oct. 24, 2017. Co-written with sister Barbara, it’s the first memoir Jenna has written. The novel provides intimate details about the twins’ lives growing up on the Texas countryside and being thrown into the spotlight during their time at the White House. Her most recent book came out in September 2020 and is called Everything Beautiful in Its Time: Seasons of Love and Loss and is about the wisdom she learned from her beloved grandparents.

“I was always a writer,” Jenna has said. “I wrote for my school newspaper, and I’ve been working with Southern Living for seven years, writing about travel and entertaining and the South and just columns based on my life.” Jenna was named an editor-at-large of Southern Living magazine on November 26, 2012.