If we got along with our better halves as much as Blake Shelton and Gwen Stefani do, we’d have marriage on the brain too! In November 2015, the couple confirmed they were indeed seeing each other when the “Cool” singer’s rep released a statement about their relationship.

“Gwen and Blake are longtime friends who have very recently started dating.” they said, according to Us Weekly. Since then, the duo have been doing absolutely everything together and they don’t care who sees! Just last month, they spent Thanksgiving together in Oklahoma and they brought both of their families along for the ride.

“We all fly out to Oklahoma, like 30 of us,” Gwen explained about their tradition to Entertainment Tonight. “Blake has this bed and breakfast hotel that we all stay at, and it’s just pretty incredible. We have fun, we all cook together, it’s fun.”

As for how Gwen and Blake got together, well, they both bonded over their divorces to their former spouses. In July 2015, the “God Gave Me You” singer separated from Miranda Lambert — whom he married in May 2011 — and, in the same year, Gwen called it quits with Gavin Rossdale — whom she married in September 2002. 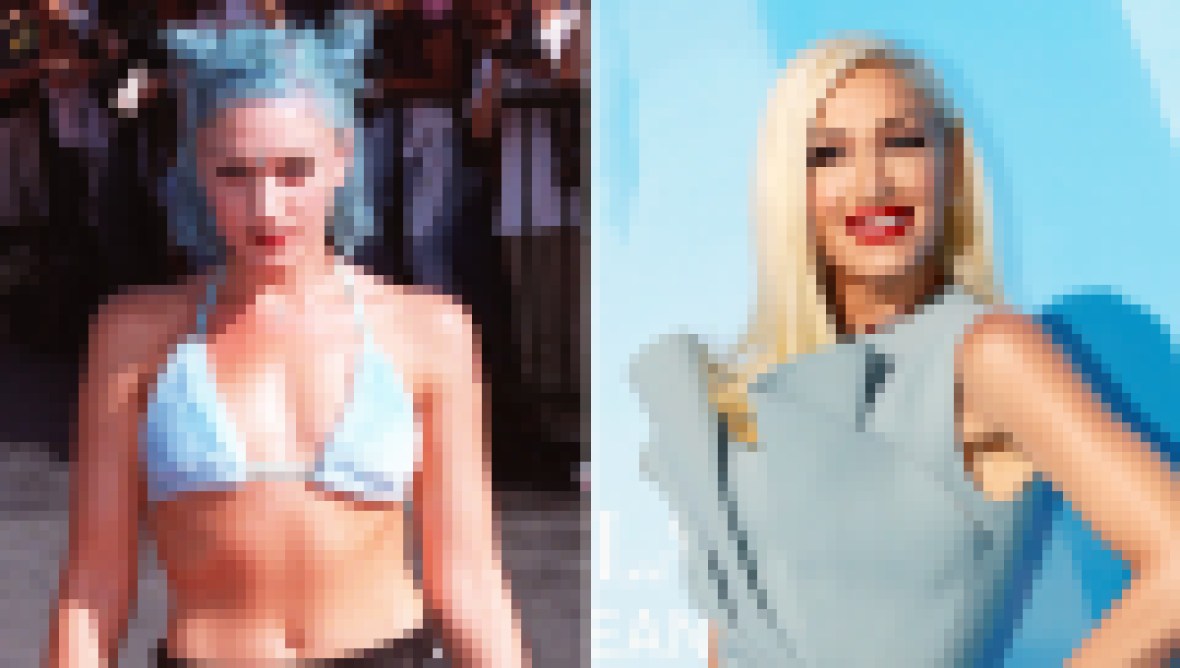 Gwen Stefani Has Rocked Some Amazing Looks Over the Years — See Them All!

“A lot of life had happened and we’d been through a lot, and we bonded actually over that,” Blake previously admitted to Martina McBride on her “Vocal Point” podcast. “And it’s one of those things that, who knows? It had to have been meant to be.”

You can say that again! The two are so in love that Blake might want to tie the knot with Gwen very soon. “I just never thought in my wildest dreams, on paper, a cowboy and a ska-like girl from Anaheim would be hanging out, but it works perfect and we’re just having so much fun and we just feel so blessed to be at this point in our lives,” the No Doubt rocker once shared on Today.

Scroll below to read Gwen and Blake’s cutest quotes about marriage!

Though they’re not married yet, Blake admires all of the rumors saying he’ll tie the knot with Gwen soon.

“First of all, the rumors stuff, I’m not gonna sit here and say that it makes me mad. It’s funny. I’ve learned over the years just to take that for what it is,” he previously told Entertainment Tonight. “If I am somehow — and Gwen is somehow — newsworthy enough that they have to make up stories about us just to have something to say, then I guess that’s a good problem to have.”

On their way to the chapel? Well, Blake loves how things are going so far. “You know, I gotta say that we couldn’t be happier, and we’ve never been doing better,” he added.

After three years of dating, the country crooner knows that he’ll pop the question one day. “Obviously, that’s gotta lead somewhere,” he explained. “[Our bond] gets stronger every day.”

“She’s never not been supportive or a cheerleader, just the most encouraging person I’ve ever had in my life, on any level. It’s unbelievable how supportive she is,” he gushed about the performer. “I tell her this all the time, and she doesn’t realize it, but Gwen’s one of these people that I learn so much from because, no matter what the situation is, she has a way of looking at something from every angle possible and understanding if there’s turmoil or something going on instead of just jumping to conclusions or reacting it’s, ‘Well, here’s why they may feel that way.'”

You can bet Gwen has already thought about walking down the aisle too! During an appearance on Today, she gushed about Blake being a great father figure to her sons — Kingston, 13, Zuma, 11, and Apollo, 5.

“He is a good dad, actually,” she said. “He’s been helping me out a lot, so I literally get to the point where I’m like, ‘You gotta get home, I need help.’ It’s hard. I got three boys.”