Hollywood’s hottest celebs kicked off 2020 as they stepped out at the Golden Globe Awards on Sunday, January 5. Tom Hanks, Nicole Kidman and tons of other stars looked better than ever as they hit the red carpet ahead of the 77th annual event.

As they arrived, TV’s most notable actors and actresses came dressed to impress as they walked the carpet wearing some of their finest fashion choices. Considering the Golden Globes are one of TV and film’s most prestigious awards shows, fans are expecting a night full of thrills and unexpected twists! 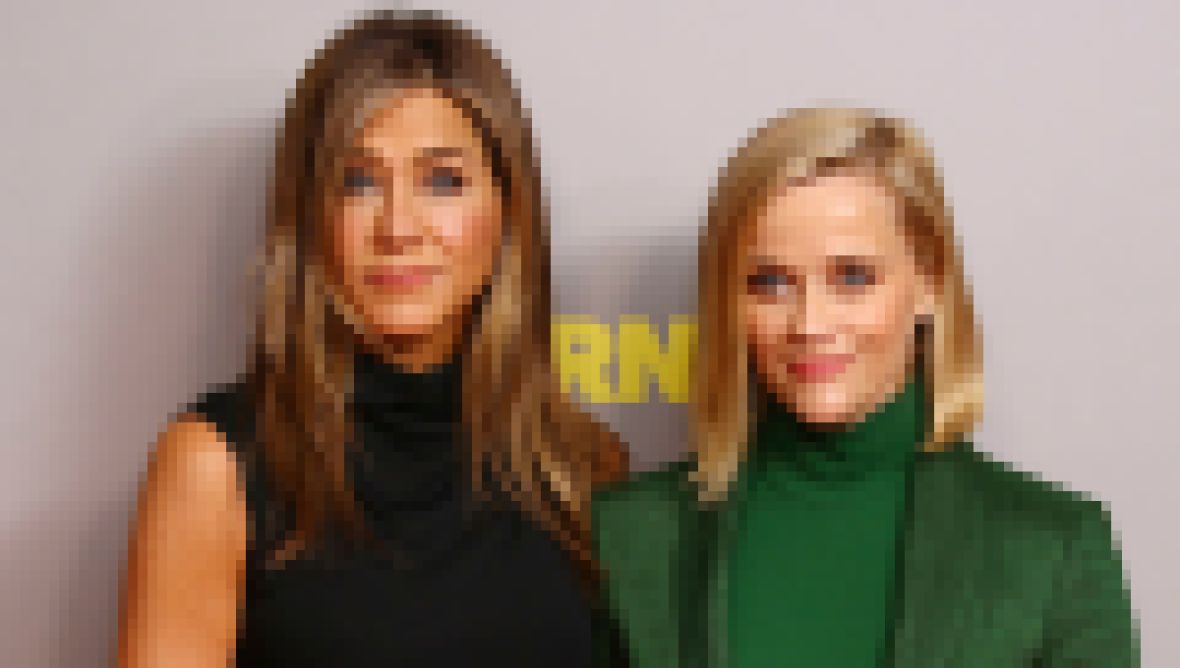 On the 2020 red carpet, Jennifer Aniston and Jennifer Lopez blew fans away as they wore eye-catching ensembles. The Friends actress donned an alluring black dress, while the iconic singer stepped out wearing and green and gold gown. Even Ryan Seacrest couldn’t help but steal some spotlight as he radiated in a velvet tuxedo. The show’s host, Ricky Gervais, also looked award show-ready as he walked the red carpet wearing a classic black suit.

Last year, sparkles and sequins were the theme of the night as a plethora of Hollywood beauties stepped out in some of the shiniest outfits we’ve ever seen. Jessica Chastain looked gorgeous as she wore a sparkly-black ensemble, while Keith Urban‘s wife, Nicole, sported a similar gown that featured burgundy jewels.

Regina King also blew fans away as she hit the red carpet wearing an alluring, sparkly pink gown that featured sequins from head to toe. Debra Messing even channeled her inner princess as she donned a gorgeous black gown that boasted silver sparkles and tons of faux feathers. 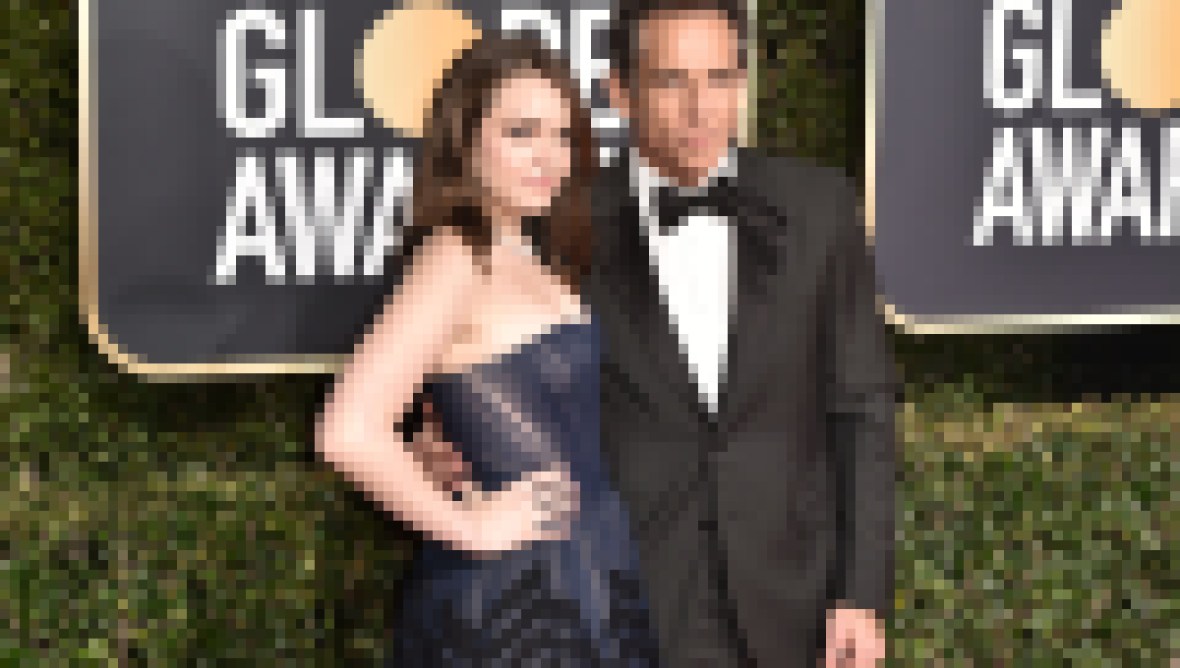 See Stars Who Brought Their Children As Dates To The Golden Globes!

Fans couldn’t be more excited that 2020 awards season has officially kicked off. Considering fan-favorites like Reese Witherspoon, Margot Robbie, Brad Pitt, Paul Rudd and many more were nominated for a Golden Globe, we bet this awards show is going to be one to remember!

Scroll through the gallery below to see your favorite stars as they arrive on the 2020 red carpet!

Laura Dern wore a floral ensemble as she hit the red carpet on Sunday evening.

Nicole Kidman and Keith Urban were couple goals as they packed on the PDA on the prestigious carpet. We love her in red!

Renee Zellweger donned a baby blue gown that featured a slit up her thigh!

Salma Hayek looked gorgeous as she walked the carpet in a blue and cream colored dress.

Tom Hanks and Rita Wilson looked beautiful as they posed for pics on the red carpet. We couldn’t love these two more even if we tried!

Daniel Craig looked dashing as he arrived at the 2020 awards show.

Gwyneth Paltrow showed off her flawless figure in an eccentric brown ensemble!

Bill Hader looked sharp as ever as he walked the red carpet in a black and white tuxedo. The actor’s girlfriend, Rachel Bilson, looked equally as beautiful as she wore a black and gold gown. The Golden Globes marks the couples red carpet debut!

Kerry Washington showed off her fit figure as she wore a sexy black gown. So stunning!

Quentin Tarantino arrived at the 2020 awards show wearing an all-black ensemble. So sharp!

Jen and Alex Rodriguez rocked the red carpet like usual. The Hustlers actress wore an impressive ensemble that featured gold, green and white accents, while her soon to be hubby sported a classic tux. We love these two!

Amy Poehler stepped out in a black gown that featured a gold belt and long sleeves.

Eddie Murphy and wife Nicole Mitchell Murphy were all smiles as they hit the red carpet in matching black outfits!

Helen Mirren proved her style has no expiration date as she blew fans away in a dark red gown. She’s gorgeous!

Jen looked as gorgeous as always as she rocked an impressive black gown. We’re thrilled to see her on the red carpet!

Sofia Vergara and Joe Manganiello looked stunning as they stepped out on Sunday night. The Modern Family actress donned a burgundy-sequined ensemble, while her handsome hubby sported a sharp, black tuxedo.

Kathy Bates looked like a superstar as she walked the carpet in a powerful, black pantsuit!

Elton John and his husband, David Furnish, looked like couple goals as they wore matching ensembles on the iconic red carpet.

Christina Applegate looked incredible as she wore a black gown that boasted a sequin design.

Gabrielle Carteris has arrived! The Beverly Hills, 90210 alum wowed in a sexy white gown. She also accessorized with a black scarf and stunning jewelry!

Ellen DeGeneres and Portia de Rossi looked more in love than ever as they walked the carpet on Sunday evening! The beloved pair looked incredible as they sported matching pantsuits.

Naomi Watts had her fit figure on full display as she hit the carpet in a black gown. So pretty!

Carol Burnett proved age is only a number as she stepped out for the 2020 awards show in a beautiful black pantsuit with gold sequins. We love her look!

Kirsten Dunst was all smiles as she walked the carpet in a gorgeous pink gown that featured a lace detail!

Kate McKinnon wowed fans as she rocked a shimmery black pantsuit at the 2020 Golden Globes. We love a strong woman in a stunning suit!

Ricky stepped out alongside his longtime girlfriend, Jane Fallon. We can’t wait to see him host this year’s iconic show!

Pierce Brosnan turned the 77th annual awards show into family date night as he hit the carpet with his wife, Keely Shaye Smith, and two of their kids, Dylan Brosnan and Paris Brosnan. We love a good family affair!

The American Idol host looked like a hunk as he walked the carpet in a dark green, velvet tuxedo with black dress pants!

Billy Bush proved he’s a total stud as he sported a striking, black tuxedo as he arrived at the 2020 Golden Globes!

Giuliana Rancic looked stunning as she walked the carpet on Sunday evening. The iconic TV host had her long, blonde locks on full display as she wore a sexy silver gown.

Natalie Morales was glowing in bright blue as he hit the red carpet at the 77th annual awards show. The former Access Hollywood star showed off her flawless figure in a mermaid-style gown.