Nearly 15 years after his passing on September 2, 2005, it’s important to remember that there was so much more to Bob Denver than the bumbling Gilligan (of Gilligan’s Island). At the same time, from the point of view of pop culture history, it almost doesn’t matter, because it’s still rarer than you might think for an actor to inhabit a role so completely that he really captures the public’s imagination, and lives on far beyond the run of whatever that show might be. 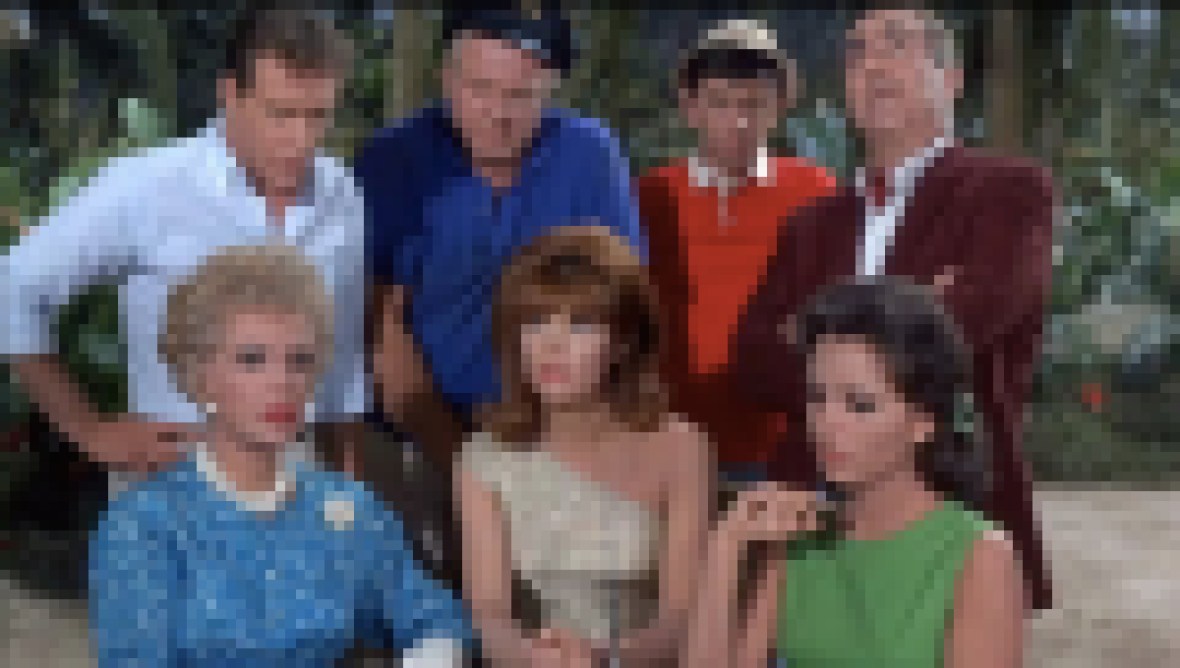 EXCLUSIVE: Here's What Happened to the Cast of 'Gilligan's Island'

Think about it: Gilligan’s Island, that bit of Classic TV, ran for only three seasons from 1964 to 1967. Three years worth of episodes. That’s it. Yet here we are over half a century after it finished its original run, and all of us know Gilligan, the Skipper, too; the Millionaire and his wife; the movie star, and the rest (uh, sorry….the professor and Mary Ann) — and that theme song that is no doubt now playing out in your head — as though the show just went off the air last season.

But even with all of that in mind, Bob Denver is deserving of us taking a moment to look back at some of his other achievements beyond Gilligan. From 1959 to 1975, he starred in a total of five TV series, and — as you’re about to see — had a career that stretched beyond the small screen, though we imagine it was still the place he liked to call home.

Listen on Spotify to Closer Weekly’s Classic Film and TV podcast as we celebrate Classic TV with behind the scenes coverage, celebrity interviews, news and much more!

This was Bob's first TV series. Running from 1959-63, it focused primarily on a teenager named Dobie Gillis (Dwayne Hickman), who was all about achieving popularity, money and catching the attention of beautiful girls — and his failure to do so was at the heart of the show. Bob Denver played his best friend (and apparently television's first beatnik character), Maynard G. Krebs, a bongo-playing jazz fan. The show ran for 144 episodes, and was the subject of an unsuccessful 1977 pilot reboot that brought the cast back together called Whatever Happened to Dobie Gillis?, and the 1988 TV movie Bring Me the Head of Dobie Gillis.

It Wasn’t All Funny Business in Bob’s Career

Bob actually played a dramatic role on television(!). It was a 1963 episode of Dr. Kildare called “If You Can’t Believe the Truth…”. It also starred future sitcom stars Barbara Eden (I Dream of Jeannie) and Ken Berry, who would, among other things, go on to star in the spin-off of The Andy Griffith Show, Mayberry R.F.D.

One of the things that has plagued stars of old TV shows is the fact that they get typecast and Hollywood execs could never quite see beyond their most famous roles. Ironically, Bob nearly did not get cast as Gilligan due to the fact he had a successful a run on Dobie Gillis as Maynard Krebs. When he was suggested to Sherwood Schwartz, the creator of Gilligan’s Island was against it, because he didn’t want a “beatnik-type” on the island; he was looking for something more in a stumbling innocent type. Thankfully when they did meet, Bob was able to prove to him that he was the right man for Gilligan.

No matter what else he did, it is likely Gilligan’s Island — his second regular TV series — that Bob will most closely be associated with whenever his name comes up. We refuse to set up the premise of seven stranded castaways for fear of getting that damn song stuck in our heads again … too late! The series aired from 1964-67, amassing 98 episodes (not counting the first pilot). The show spawned a pair of animated series for which Bob provided Gilligan’s voice, 1974’s The New Adventures of Gilligan and 1982’s Gilligan’s Planet; as well as three reunion TV movies, Rescue From Gilligan’s Island (1978), The Castaways on Gilligan’s Island (1979), and The Harlem Globetrotters on Gilligan’s Island (1981).

In an interview with Forbes, Dawn Wells was asked about the fact that in season one the Gilligan’s Island theme song, rather than refer to the Professor and Mary Ann, said, instead, “and the rest.” She commented, “I was pretty new and everyone else at that point had had a career. I think Bob Denver went to bat, told them it was silly, that there were only two other people on the island. I think he said, ‘I’m not going on unless you change the billing.’ We laughed when they did. Russell Johnson and I would exchange Christmas cards with the greeting, ‘From the Rest.’”

In an interview with peteranthonyholder.com it was pointed out to Bob that the audience loved Gilligan’s Island even if the critics didn’t. “The critics just killed our show,” he said. “I think out of 100 reviews, there were 99 bad and one good one. But it didn’t bother us, because we knew we were doing something really silly and something very, very broad. You know, a lot of physical comedy. But the premise, I felt, was just really hilarious. And then I had a cast that was really excellent. You know, each person was perfect as their character. What’s happened is it’s picked up kids every year. I get letters. Just last week I got one from a mother who said, ‘the one-year-old is watching it in the highchair. Please send an autographed picture.’ … It just rolls on. I understand why a lot of the intellectuals or the elite don’t really get behind it, because it’s that kind of comedy that you can put down really easy.”

His Third Show, ‘The Good Guys,’ Failed to Connect With the Audience

The third regular series for Bob was this sitcom that saw him teamed up with Herb Edelman. Bob was Rufus Butterworth, who drove a 1924 Lincoln that had been turned into a taxi; and Herb was Bert Gramus, owner of a diner called “Bert’s Place.” Together they attempted get-rich-quick schemes that never worked. Neither did the show in terms of ratings, so in season two Rufus became co-owner of the diner, they moved to a beach location and there were a number of new recurring characters, among them Alan Hale, Jr.’s Big Tom, a truck driver. We wonder how many bloopers there are of Bob calling him Skipper … A total of 42 episodes were produced over the course of its 1968-70 run.

‘Dusty’s Trail’ Was Like ‘Gilligan’s Island’ in the West

Series number four starred Bob alongside F-Troop's Forest Tucker. Set in the late 1800s, it deals with a wagon and stagecoach that get separated from a wagon train that's en route to California. Guess who's fault that is? That would be Dusty (Bob). The storylines basically dealt with the duo and the people on their stagecoach who are trying to reconnect with the others. Sort of sounds like people on an island trying to get home. Hmmm. Twenty-six episodes were produced of this 1973-74 series.

Airing on Saturday mornings for 15 episodes in 1975, the set-up is that a couple of NASA maintenance workers accidentally launch themselves into space and start encountering various aliens that are out there. Bob plays Junior, while Chuck McCann is his partner, Barney. The alien guy in the middle of that photo above is Honk, played by Patty Maloney.

TV Grew Less Appealing to Him

Like so many other performers who had been on a hit series but never quite captured the same sort of magic again, Bob made a number of appearances on anthology shows like Love American Style, The Love Boat and Fantasy Island. There would still be guest appearances, but he began looking for something different. It's why he went to Broadway and took over the lead in Woody Allen’s Play It Again Sam, which he took on the road for nearly seven years. From there, he went into dinner theatre and so on. He may not have been in the spotlight the same way he had been, but they were busy times for him.

Bob Was Credited With Saving a Young Girl’s Life

As Bob detailed to the LA Times, “One woman said, ‘Thank you for saving my daughter’s life.’ Her daughter was in a coma from a car accident. She was, like, nine and her favorite show was Gilligan’s Island. It would come on at three or four in the afternoon. Every day she would turn it on and say to the little girl, ‘This is your favorite show. You should really wake up and watch it.’ She was in a coma for a long time. She said one time, ‘Here is your favorite episode,’ and the little girl opened her eyes, sat up and said, ‘OK, mom.’ She came out of the coma just to watch the show. I said, ‘You are certainly welcome.’”

Dreama Denver, Bob’s wife of almost 30 years, wrote a memoir about him called Gilligan’s Dream: The Other Side of the Island. She explained to Fox News, “He was very under the radar, and never put himself out there that much. He put the characters out there, but not himself. I wanted the fans to know who he really was, because he was a special, special man, especially when dealing with our son Colin, who has severe autism. I thought it was important to tell people that he set aside the last 21 years of his life to be with me and take care of our son, who had to have full-time care, [because he] didn’t want me to do it alone. That speaks to the type of human being he was … He was highly intelligent, and I think that is the most surprising thing about him. He was extremely intelligent, and that didn’t always come across in the characters that he played.”

Sadly, Bob Denver passed away on Sept. 2, 2005, technically from pneumonia, but he had also been battling cancer and undergone heart bypass surgery that same year. Besides his loved ones, he left behind multiple generations of fans who he provided laughs to, none of whom are likely to forget their little buddy.

From 'Gilligan's Island' The Show To The Unfilmed Movie, There's So Much You Don't Know (Exclusive)