Bonding time! Gavin Rossdale and son Zuma were spotted wearing face masks while out and about in Beverly Hills, California. The English singer-songwriter enjoyed a quick outing with his 11-year-old on Wednesday, May 27.

The Bush frontman, 54, appeared to be in happy spirits as the father-son duo ran errands around town. Gavin, who shares Zuma with ex-wife Gwen Stefani, made sure to keep his middle child protected from the coronavirus pandemic during their quick break in quarantine. 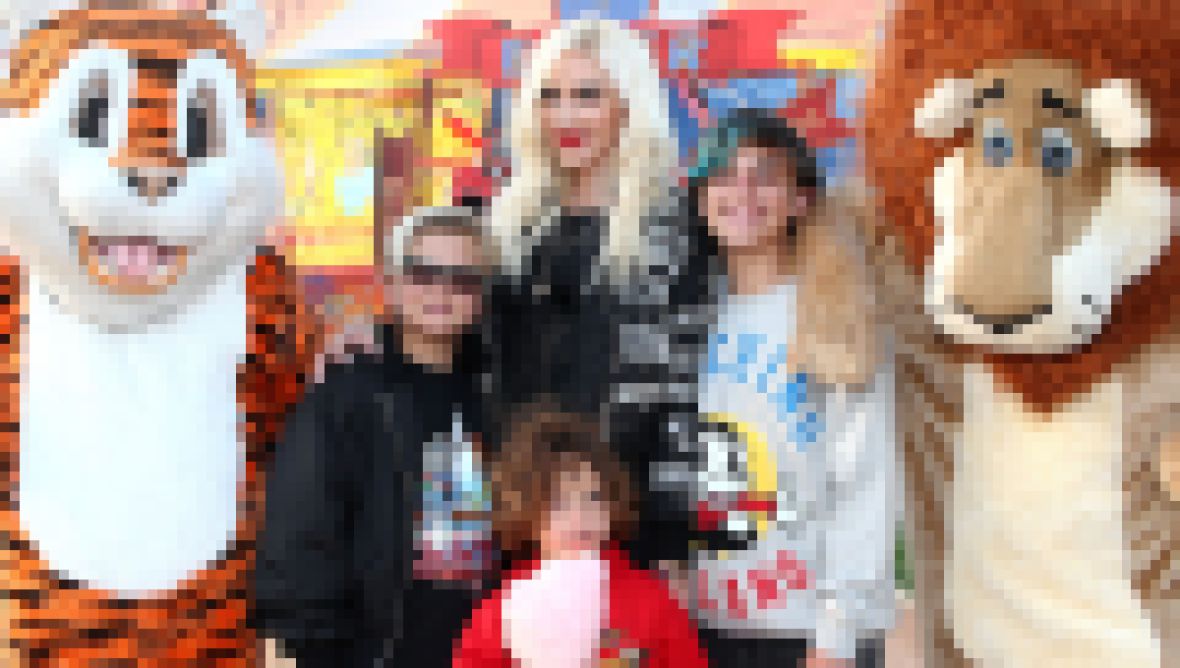 We bet the Constantine actor couldn’t have been happier to get some alone time with his adorable youngster. Aside from Zuma, he shares sons Kingston, 14, and Apollo, 6, with the Voice judge, 50. Gavin is also the dad of eldest daughter Daisy Lowe, 31, with ex Pearl Lowe.

Prior to being in lockdown amid COVID-19, Gwen and Gavin — who were married from 2002 to 2016 — gave fans an idea of how they were juggling their schedules as divorced parents. The Bling Ring alum opened up about the former couple’s coparenting relationship and dished their three children were taking it “really good.”

“They’re really happy, and that’s it. We’re doing the best we can,” he told Us Weekly in May 2019, adding the advice he often shares with his kiddos. “To be a whole, interesting and considerate human being that makes this world a better place. That’s it, that’s all I tell them!”

Gwen and Gavin aren’t the only ones who have Kingston, Zuma and Apollo’s best interests at heart. According to a source close to the “Sweet Escape” songstress, her boys “feel like they have two dads” because of how close they have become with her longtime boyfriend, Blake Shelton.

However, Gavin isn’t bothered by the country crooner’s close bond with his kids. “Blake knows better than to get involved or worse, get in the middle,” the insider told In Touch Weekly in February. “Blake and Gavin don’t have issues with each other.”

See Everything Gwen Stefani and Blake Shelton Said About Marriage

In fact, the Criminal Minds actor wishes nothing but the best for his ex-wife — who began dating Blake, 43, in 2015. “I just always want her to be happy,” Gavin previously gushed to In Touch. So sweet!

Scroll through the gallery below to see photos of Gavin and Zuma during their outing.

Gavin and Zuma were spotted leaving an elevator after paying a visit to an office building in Beverly Hills.

The doting dad looked comfortable and casual in jeans and a white T-shirt.

As for Zuma, he stepped out in red shorts, sandals and a black top.

While Zuma is seemingly spending time with his famous father in quarantine, Gwen and her ex’s other two kids have been in lockdown at Blake’s home in Oklahoma.

In late May, a source exclusively told Closer Weekly Gwen has been “enjoying getting back to basics” while self-isolating with her children at the “God’s Country” singer’s vacation home in the midwest.