Even though Eva Longoria is very busy filming her new TV series Flipped, she still manages to make time for her family. The mom of one took her son Santiago, 1, to the park in Beverly Hills with husband José Bastón on Monday, February 3.

Together, the family of three had a great time enjoying each other’s company. While Eva, 44, strolled next to her kid, José, 51, carefully held onto baby Santi who was trying to pick up speed on a scooter. The red toy appeared to be the little guy’s favorite ride because his mom went all the way to the car to get it for him. 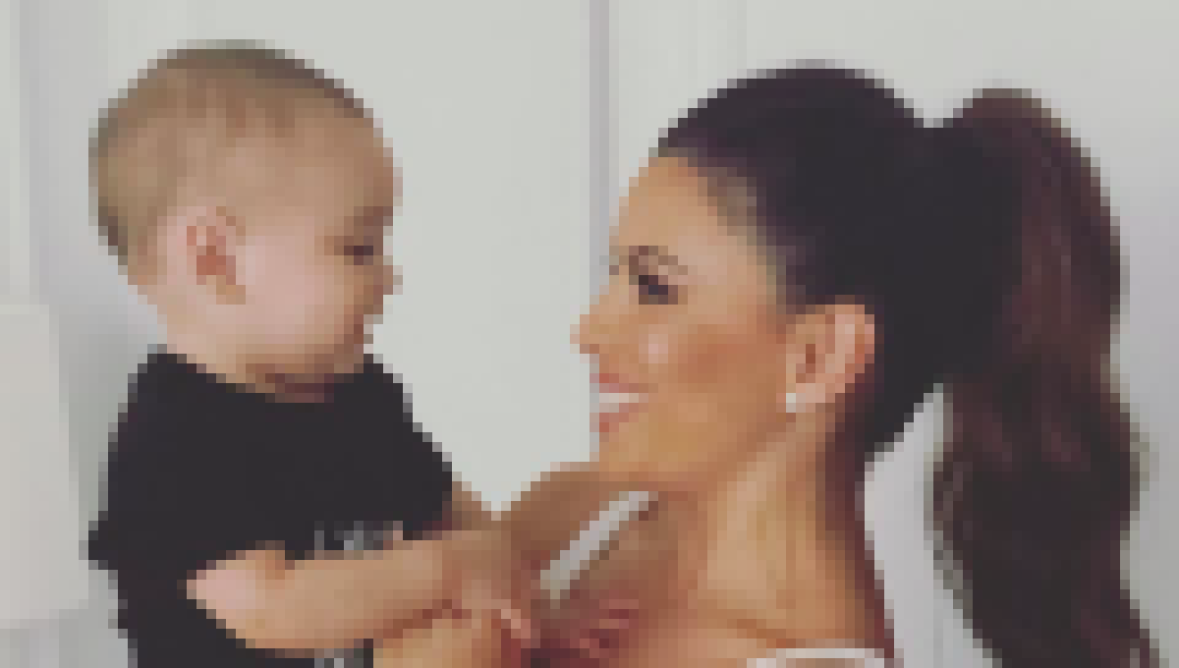 After he scooted around a couple more times, his dad took him on the slide. Their little one appeared to have worked up a sweat too because he guzzled down a bottle of clear liquid at the park before he ended his day enjoying the scenery with his mom and dad.

The last time Santiago went to the park was on Thursday, January 30, when Eva took him on the swings for some one on one time. The Desperate Housewives star made sure he was safe at all times and she didn’t push him too high. All in all, Santi had a great day and, when he gets older, he’s going to appreciate everything Eva has ever done for him.

The working mom explained she wants to teach her child about having respect for women and equal rights. “I feel there’s more pressure to raise a good man today in this world and to make sure he understands equality and feminism,” she previously told Parents. “But it’s not about telling him, it’s about showing him in his everyday life.”

With a guy like José by her side, Eva will make sure Santiago knows everything he needs to know about appreciating women. “He’s an amazing father … so I knew that he’d be amazing with Santi,” she once told Us Weekly.

Scroll below to see pictures of Eva, José and Santi at the park!

Eva didn’t keep her son waiting long when she grabbed his scooter for him.

Santi needed a bit of help keeping his balance on the toy — thankfully dad was there to lend him a hand.

Just look at these doting parents.

The best part of the day was when José took Santi son on the slide. Look at them go!

He even helped keep Santi safe by making sure he didn’t fall down.

After Santiago scooted his heart out, Eva and José took him on a relaxing walk around the park.