For four seasons, Tom Cavanagh and his group of pals handled the ups and downs of living in Stuckeyville, Ohio, in Ed — but of course it was mostly downs since that is what entertained us the most.

The NBC sitcom debuted in Oct. 8, 2000 — and aside from Tom, the cast also included Julie Bowen, Josh Randall, Lesley Boone and Jana Marie Hupp. The show also had various guest appearances from future mega TV stars including Neil Patrick Harris, who would go on to star in How I Met Your Mother, and Jim Parsons from The Big Bang Theory. 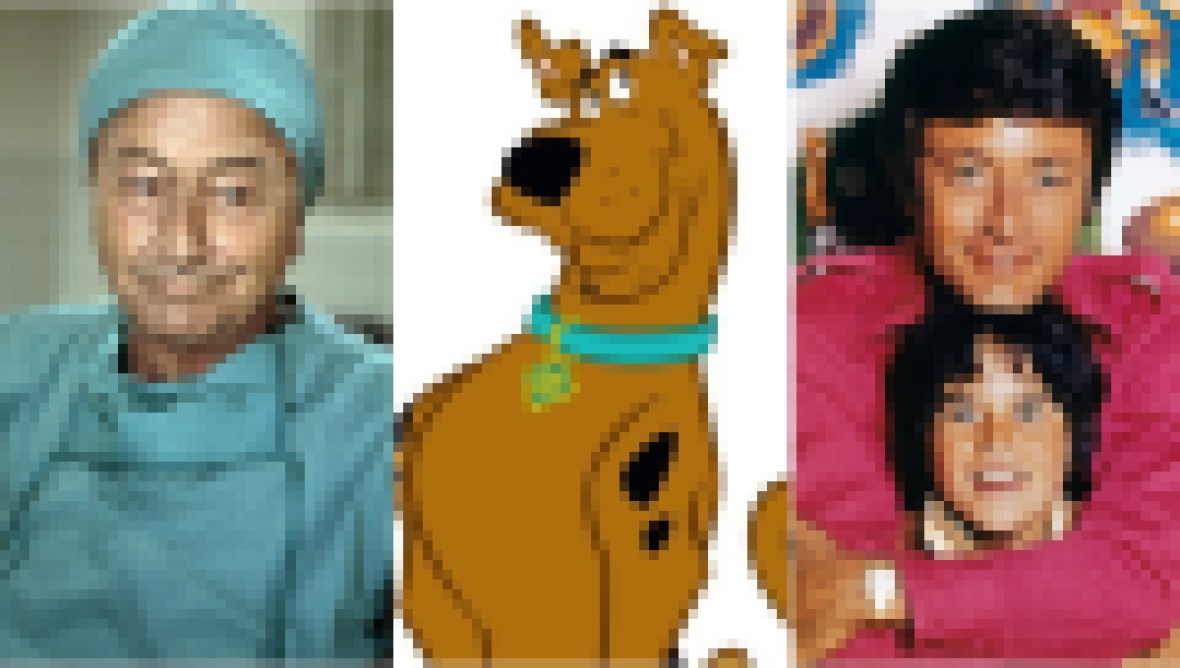 Classic TV In 1969: A Look Back At The Shows Celebrating 50th Anniversaries This Year!

While it’s been 15 years since the last episode aired, cocreator Rob Burnett still recall how the last episode could have gone down. “So we wrote a scene where the whole cast is sitting around the bowling alley and Molly [Lesley] is talking about how she’s the only one without a spouse. [This was after Ed had proposed to Carol.],” Rob once revealed on Reddit. “She’s going on and on about how she’s never going to find anyone. It was a completely made up scene. And then Larry… walks in, gets on one knee and asks Lesley to marry him. The look on her face was amazing. She had no idea what was going on, and we had it all on film. Her parents were there and came out. It was really nice. And now they have the cutest babies ever!!!”

Rob has also touched on the fictional town in Ohio where the show was set, explaining that he always wanted to make a program in the New York City area, but made sure to give a shoutout to his hometown, North Caldwell.

The Defining TV Shows of the 2010s

“When I write, I’m thinking of the North Caldwell of my teenage years,” he once told The New York Times. “It’s a New Jersey that is good-looking, that is a great place to be. Those people who think otherwise, well, they have probably just been on the Turnpike, so they just don’t know. It’s a place where you can smell the trees at night and listen to the cicadas.”

Scroll on down to see where the cast of ED is today!

Ed Stevens may have traded in the courts for the lanes of Stuckeybowl, but Tom, 56, has been a hard one to pin down. He’s done movies like Yogi Bear, appeared on TV’s Scrubs and Royal Pains and now stars on The Flash and in the Darrow & Darrow TV pics. He’s wed and has four kids.

While Carol’s friend Molly Hudson dealt with liquids and gases as a chemistry teacher, Lesley, who turns 52 on Feb. 25, has been solid in appearances on TV’s Medium, Desperate Housewives and Grey’s Anatomy and recurring roles on Agent Carter and Kevin (Probably) Saves the World.

Dr. Mike Burton made it his practice of helping out best friend Ed, yet Josh, 48, went on to take care of himself quite well. He’s appeared in over 50 TV movies and series, from light roles in Castle, Scrubs and Pushing Daisies to darker turns in Cold Case, Criminal Minds and Ozark.

While Mike’s wife, Nancy Burton, tried balancing home and career, Jana, 55, took a few more roles on TV’s ’Til Death and Bones before concentrating on her personal life. As she said when the show started,“I’m very blessed that I’m in the position I’m in. If it ends tomorrow, it’s been an amazing ride.”