While the name John Karlen may not register with today’s television viewers, there are a couple of generations of them that will surely remember him for two very distinct roles: Willie Loomis on the Classic TV daytime soap opera Dark Shadows  (currently airing on the Decades TV network)  and Harvey Lacey, the epitome of the perfect husband, on the cop series Cagney & Lacey. Sadly, John passed away on January 22 at the age of 86 from congestive heart failure. 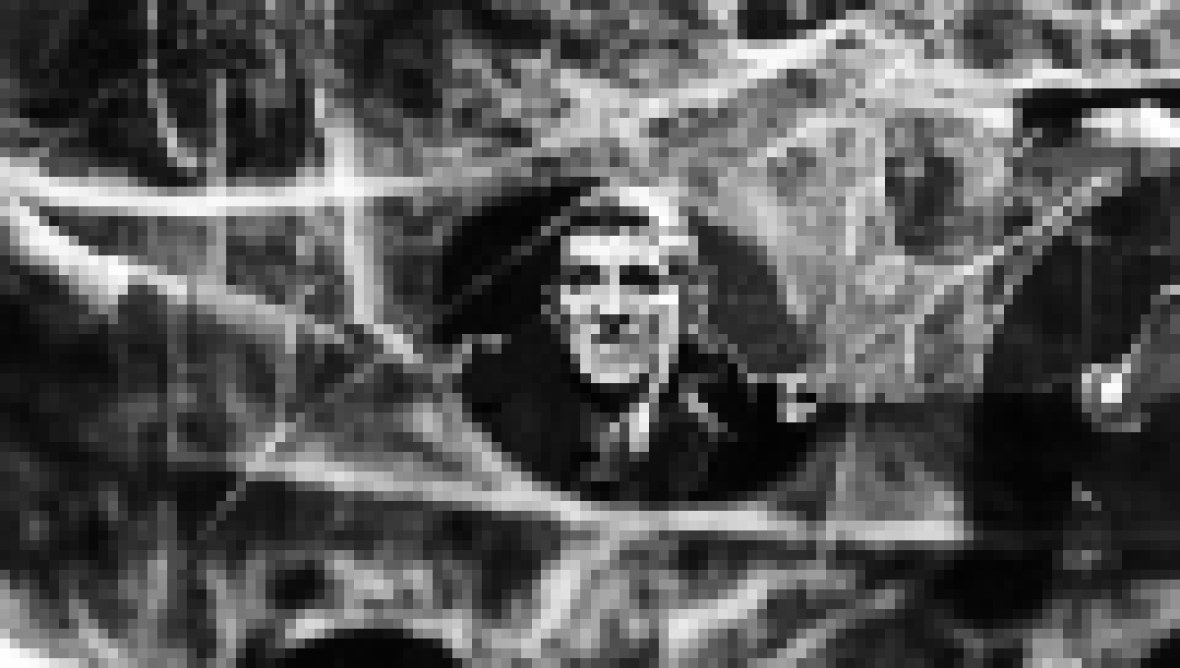 'Dark Shadows: Reincarnation' in Development at The CW

John literally played an integral part in turning Dark Shadows from a daily soap opera struggling in the ratings to a genuine pop culture phenomenon, as he — or rather his character, Willie — unchained the coffin that was designed to serve as an eternal prison to vampire Barnabas Collins (Jonathan Frid), thus inadvertently unleashing him on the modern-day world and becoming his servant. “You could say I got the whole thing started,” he related to Closer Weekly with a laugh in a previously unpublished exclusive interview. “No Willie, no Barnabas.”

At the time we spoke to John, he was in a particularly good mood, listening to an oldies radio station focusing on music from the ‘40s, ‘50s and ‘60s. “I just heard my favorite song ever, ever, ever,” he said. “Carly Simon singing ‘I Get Along Without You Very Well.’ There’s a great line in there about kidding the moon — just a great song. Let’s face it: You could change your whole day with a good song.”

This led to a fascinating reflection: “I got to meet Frank Sinatra, luckily enough, and stayed at his house for a week while I was doing a play with Maureen O’Sullivan,” he related. “Her daughter, Mia Farrow, at that time just happened to be married to Mr. Sinatra. Eight months of marriage, but I caught it right in the middle. When we came to Los Angeles to do the play — The Subject Was Roses, a three-character play — Chester Morris was my dad. We got there and Mia Farrow picked us up at the airport. She said, ‘Where are you staying?’ and I said, ‘With this hotel’ and she said, ‘No, no, no, you’re staying at our house.’ Not only did I stay at their house, Sinatra was playing at the Sands at the time, so he wasn’t there, she wasn’t there — she went back to Vegas after she picked us up — and I got to sleep in the main bedroom in their bed, with the pictures of the Kennedys all around. Just an impossible thing to imagine. I come from an Italian neighborhood in Brooklyn, but I started calling up my buddies and telling them where I was. They all told me I was full of s–t.”

He viewed that situation as a perk of the job, which got even better when Sinatra flew him to Vegas to see him perform. “That’s when I got to meet him,” John said. “As nice a man as you’re ever going to meet in your life. Just a great time.”

To read more of our conversation with John Karlen, please scroll down.

He was born John Adam Karlewicz on May 28, 1933 in Brooklyn, New York. Obtaining a scholarship, he enrolled at the American Academy of Dramatic Artists. He started his career guest starring in a 1949 episode of the TV series The Big Story, followed eight years later by the anthology show Kraft Television Theatre and his first trip to Broadway in Sweet Bird of Youth. Subsequent TV appearances include Naked City, The Detectives, The Gallant Men, Stoney Burke, Hallmark Hall of Fame, East Side/West Side, N.Y.P.D. and Love is a Many Splendored Thing. In between, he was back on Broadway in such shows as Invitation to a March, The Milk Train Doesn’t Stop Here Anymore, All in Good Time, Postmark Zero and Monopoly.

Dark Shadows made its debut on ABC on June 27, 1966 and was more or less a Gothic romance novel brought to life. The audience didn’t really care and the show was threatened with cancellation, so series creator Dan Curtis decided to pull out all the stops and added a vampire to the mix. The idea was that the vampire would be freed from his hidden coffin, terrorize the Collins family (which he was a part of) and then get staked for his troubles. But there was an immediate connection with the audience, turning Barnabas, and the Canadian actor who played him, Jonathan Frid, into one of the biggest sensations of the 1960s. John, who would appear in a total of 182 episodes, played Willie Loomis, initially a sidekick to conman Jason McGuire (Dennis Patrick), who, in search of secret Collinwood jewels, comes across Barnabas’ coffin and things go from there.

The character was introduced in episode 199 and played by actor James Hall for a total of five episodes. John assumed the role in episode 206, which aired on April 11, 1967, encountering the coffin in episode 210, the day before Jonathan Frid made his first appearance. Says John, “There was another Willie Loomis and he wasn’t working out, so they fired him and I took his place and was on the show for years and years without a contract. I never actually had a contract, which was great, because that meant I could leave anytime I wanted to and just give them a little bit of notice. Or if I got a great job. I was actually off the show for over a year at one time. I went to California, came back and went back on the show, so there was a space that I just wasn’t there. At the end of the show, the last year or two, I was on it and played many other characters outside of Willie Loomis, although I think Willie is the one — for me, anyway — that sticks out the most. And Willie, of course, is the guy who got thinks cooking.”

John says the impact of Barnabas was pretty immediate. “He was the bomb,” he offers. “He exploded the show to what it was; he hit and everything took off. Of course, I didn’t know what the ratings were, I was just told that as soon as he came on, everybody started watching the vampire show. Actually, the best part of the show for me was him coming on and my scenes with Dennis Patrick. The whole part of being bit by him, for me, was the top of the show. I started getting a large amount of fan mail, and that really had all to do with Jonathan and the vampire thing. For whatever reason, it seemed like 50 percent of the fan mail came from the Seattle area. Maybe it rained all the time and everybody came home and watched the show after school.”

John was a part of Dark Shadows until its end in 1971, appearing in the feature film House of Dark Shadows (1970) as Willie — which retold the Barnabas story, but without the sympathetic qualities the character developed — and Night of Dark Shadows (1971), playing a completely different character. From there he appeared in many films, TV movies and episodic television series. From 1982 to 1988 he co-starred as Harvey Lacey, husband to Tyne Daly’s Mary Beth Lacey on Cagney & Lacey, winning an Emmy Award for the part.

Although John’s career took him in different directions, as he discovered he never really escaped Dark Shadows, appearing at many conventions — called Festivals — over the years and voices different characters in a total of 10 audio dramas from Big Finish. Of the Festivals, he said, “It is absolutely off-the-boards insane, and I love it. You get 1,500 people gathered together, you come on stage and you will never have a better audience. It’s mainly the old crowd, but they do bring their children and hook them into the show, too. And it’s still on TV! Dark Shadows has still got a fan base that is widespread. On top of that, we keep doing these audio dramas from Big Finish, which sell like hotcakes.”

“About six months ago,” he continued, “I’m in a coffee shop and this Japanese lady looks at me and says, ‘Willie Loomis,’ and I couldn’t believe it. She is watching the series in Japan and it goes from beginning to end. It’s amazing. She’d been in the country about three days and she bumps into me accidentally and here I am at 77 years old and she recognizes me. It was absolutely amazing on both sides, and absolutely impossible, if you think about it. But there you go again, showing the widespread enthusiasm that this series has.”

Ironically, while the show had a fervent following, John admitted that he and his co-stars were very pragmatic about their view of things. “You want to know something?” he asked rhetorically. “We were young actors and we were all looking to our careers, and we were beyond Dark Shadows. Dark Shadows was not even a steppingstone, it was a job. But the doing of the show, and the great character parts I got to play, that was wonderful. But where the hell were you going? It was stopping your career in a way, and that’s why I never had a contract. That’s why I was always going off to do other things. Looking back at it all, now it’s important. It’s important now, because it became such a part of your life and still is a part of your life.”