Week after week, America tuned in to see who would win season 29 of Dancing With the Stars. After a very tough competition, the show concluded on Monday, November 23, when Kaitlyn Bristowe was awarded the mirrorball trophy alongside professional partner Artem Chigvintsev.

“It’s the humor for me. Thought I was being catfished when I won tonight,” the Bachelorette alum captioned a video post via Instagram with runner up Nev Shulman. “Nev, you’re a beautiful dancer and I hate you. Xoxoxo.” 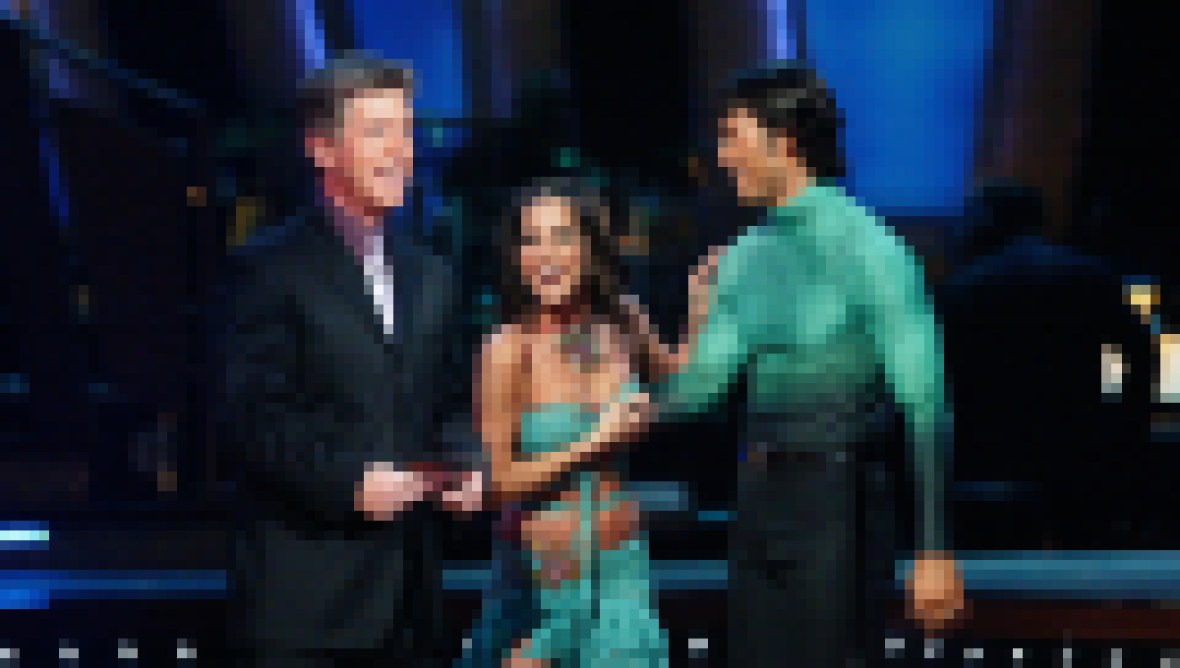 Kaitlyn also took to her Instagram Stories to reveal how she was celebrating the big win with Artem. “It’s pizza, Nelly’s beer and the mirrorball,” the brunette beauty gushed. “How are you feeling, Artem?”

“I’m feeling great,” the Broadway dancer sweetly replied. “I feel like we did 705 interviews. I can’t wait to get to my trailer and pack my stuff and go see my family. This has been an awesome 11 weeks. I want to thank all the fans who voted and supported Kaitlyn and myself, but it’s time to go hug my family.” 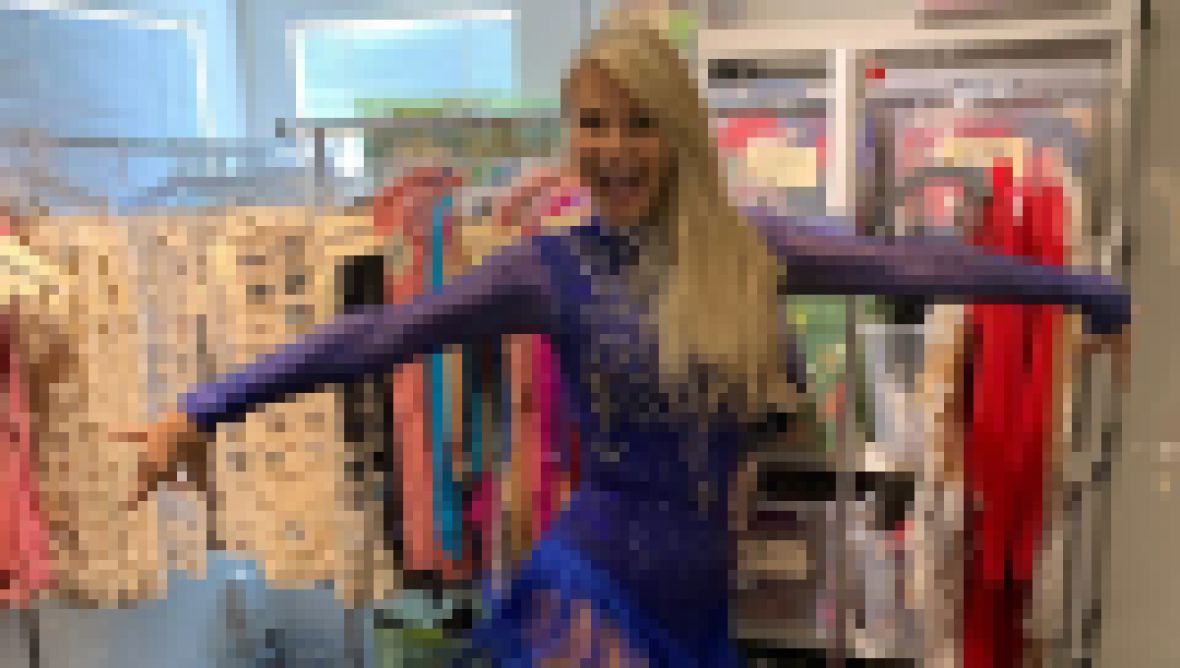 The Dew Edit founder also gave a loving shout out to the viewers who cheered their team on throughout the last three months. “We are just so grateful because we obviously know we wouldn’t be here without all your votes,” she marveled. “We’re gonna continue to drink Nelly’s beer, eat some pizza and clean out our trailers.”

Following their exciting win, Kaitlyn opened up about getting the opportunity to perform on the Dancing With the Stars stage. Because she was hoping to be picked as a contestant for years since her time on The Bachelorette, accomplishing this goal left her nearly speechless. 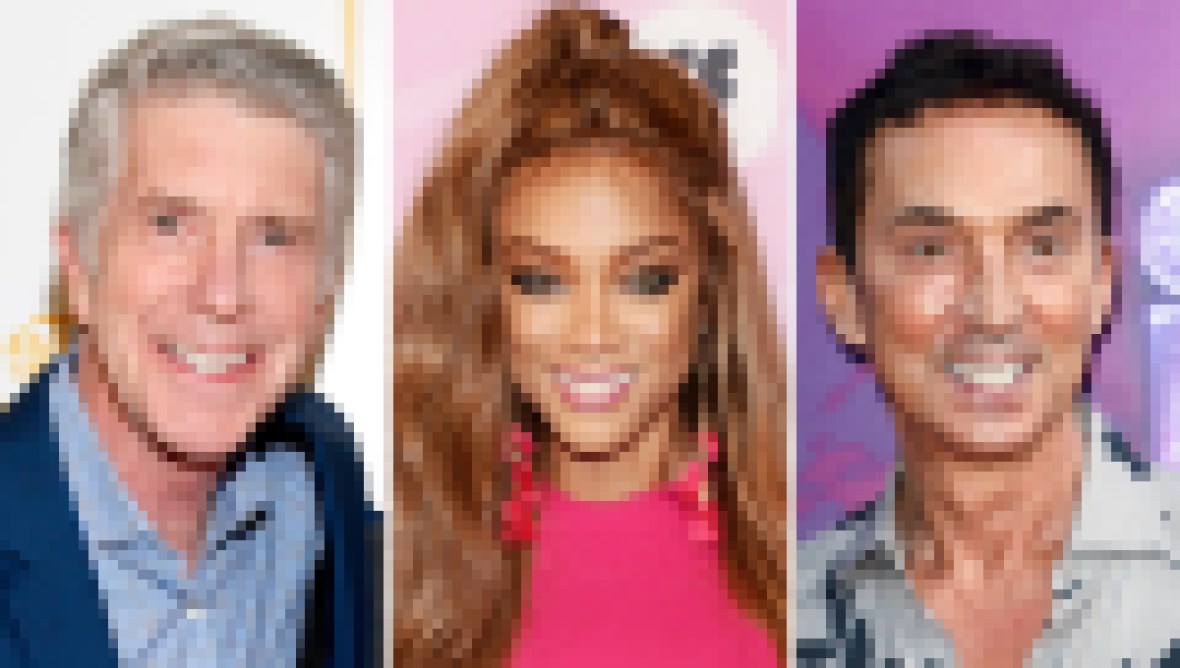 Tom Bergeron and More! See 'DWTS; Hosts and Judges Through the Years

“I don’t even know how to put it into words,” the TV personality shared with Entertainment Tonight. “But to me, it’s like, if you believe in something and if you have a passion or a dream … when you think of anyone who’s gotten somewhere, I guarantee they have a story about what it took to get there.”

Since DWTS first premiered on June 1, 2005, viewers and audience members have tuned in to watch the well-rounded cast compete for the mirrorball trophy. Over the years, pros like Val Chmerkovskiy, Julianne Hough and many others have nabbed the title of champion. Alum Derek Hough even has a few championship titles too!

In honor of the DWTS season 29 finale, be sure to scroll through the gallery below to check out the complete list of winners throughout the last 28 seasons!

Kaitlyn and Artem took home the gold after beating out MTV’s Catfish star Nev and Jenna Johnson in second place, Nelly and Daniella Karagach in third place and Justina Machado and Sasha Farber in fourth place.

The duo gave their all during the finale as they danced freestyle to “Sparkling Diamonds” From Moulin Rouge. Like their previous performances, Kaitlyn and Artem absolutely killed it and received a 30/30 score.

Hannah and Alan won the whole entire competition after they danced against Lauren Alaina, Ally Brooke and Kel Mitchell in the finals.  Their Viennese waltz to “Lover” by Taylor Swift appeared to win over the judges — and now they can call themselves the champs!

Bobby Bones and Sharna Burgess took home the gold during Season 27’s finale in November 2018. The pair gushed about their win to ET following the show’s results. “We were shocked,” Bobby admitted. “I cannot believe we won.”

Adam Rippon and Jenna became the winners of DWTS season 26 in May 2018! The Olympic figure skating star and the brunette beauty couldn’t help but gush about being crowned the champions of the all-athletes season.

“I feel so overwhelmed, and I couldn’t have asked for a better partner to win this with. So I owe it a lot to Adam, and I don’t think I would be standing here without him,” Jenna told Us Weekly, as Adam added, “I think that it’s just reminded me that every time you step out of your comfort zone, and you push yourself into an experience that you’ve never done before, is when you really have the truest feeling of accomplishment.”

Jordan Fisher and Lindsay Arnold took home the mirrorball in November 2017. The Hamilton star was Lindsay’s first partner to help her win the coveted trophy. “This feels beyond anything I’ve ever imagined,” she told Us Weekly around the time. “I’ve come close and to finally take it with Jordan means more than I can ever say.”

Rashad Jennings and Emma Slater brought home the grand prize as they took first place during season 24 in May 2017!

Laurie Hernandez and Val proved they were a duo to be reckoned with as they took home first place in season 23! The beloved Olympian gushed that “winning the mirrorball today was insane and amazing,” she told Us at the time.

Nyle DiMarco and Peta were the winners of season 22 in May 2016. The deaf model dedicated his win to all the “Deaf people in this world.” Aww!

Bindi Irwin and Derek danced their way to first place and claimed the title of champions during season 21! The daughter of late Steve Irwin proved she has quite the rhythm!

Rumer Willis proved she’s one heck of a dancer as she competed with Val in season 20. Despite having a rib injury, the eldest daughter of Bruce Willis and Demi Moore took home first place in 2015.

Alfonso Ribeiro and Witney Carson took home the mirror ball trophy after a fun-filled 19th season. The Fresh Prince Of Bel-Air star even cried after their names were announced!

Meryl Davis and Maksim Chmerkovskiy were crowned the champions of season 18 after beating out their fellow contestants in May 2014.

Amber Riley came in first place alongside partner Derek as she competed in the 17th season of DWTS. “I just never really thought about winning, until maybe the last two weeks when I was just like, ‘You know what? I had needles in my knees, obviously, I want this more than I am willing to admit,'” the Glee alum gushed to ET. “So, I didn’t know. I honestly just didn’t know who was going to win. It could have been anybody.”

Derek added another win to his belt as he took home the gold with Kellie Pickler in the spring of 2013. So impressive!

Melissa Rycroft returned for the 15th season of DWTS after finishing third on season 8. The Bachelorette alum got redemption as she came in first place with pro Tony Dovolani.

Donald Driver proved his skills go much farther than the football field as he brought home the mirrorball trophy with Peta in May 2012.

J.R. Martinez and Karina Smirnoff brought home the mirrorball trophy during season 13 of DWTS. The actor, motivational speaker and former U.S. Army soldier also won the hearts of fans as he took home the main prize for his outstanding performance in the dancing competition.

Hines Ward and Kym Johnson became the champions of DWTS season 12 in May 2011. Despite injuring her neck during the season, the duo fought through and won!

Jennifer Grey and Derek pulled through to take home the first place trophy for season 11 of DWTS. Despite suffering multiple injuries, the Dirty Dancing alum persevered to bring home the gold.

Nicole Scherzinger and Derek took home the grand prize during season 10 of the beloved dancing show. Derek must be one amazing partner!

Donny Osmond isn’t just a singer, he’s a DWTS champion too! The beloved star brought home first place in September 2009 as he competed alongside his partner, Kym.

Shawn Johnson proved she was a threat in the dancing competition despite retiring from sports because of an injury. The athlete took home the mirrorball with her partner, Mark, during the eighth season of the show.

Brooke Burke-Charvet won season 7 of DWTS with her handsome partner, Derek. This was the dancer’s first victory!

Kristi Yamaguchi and Mark Ballas took home the first place prize during the sixth season in May 2008! The Olympic figure skating champion brought her skills from the rink to the ballroom!

Apolo Anton Ohno competed during the fourth season of DWTS and came up victorious alongside his partner, Julianne. The dancing duo took home the mirrorball trophy in May 2007.

Emmitt Smith and Cheryl Burke rose to the top in season 3 and claimed the spot of first place in November 2006. We can’t believe how young the brunette beauty looks!

Drew Lachey and Cheryl brought home the mirrorball trophy after beating out nine other teams during the show’s second season.